The Portland Sea Dogs honored Joan Benoit Samuelson with a bobblehead at Wednesday's game as part of their notable Mainers bobblehead series. 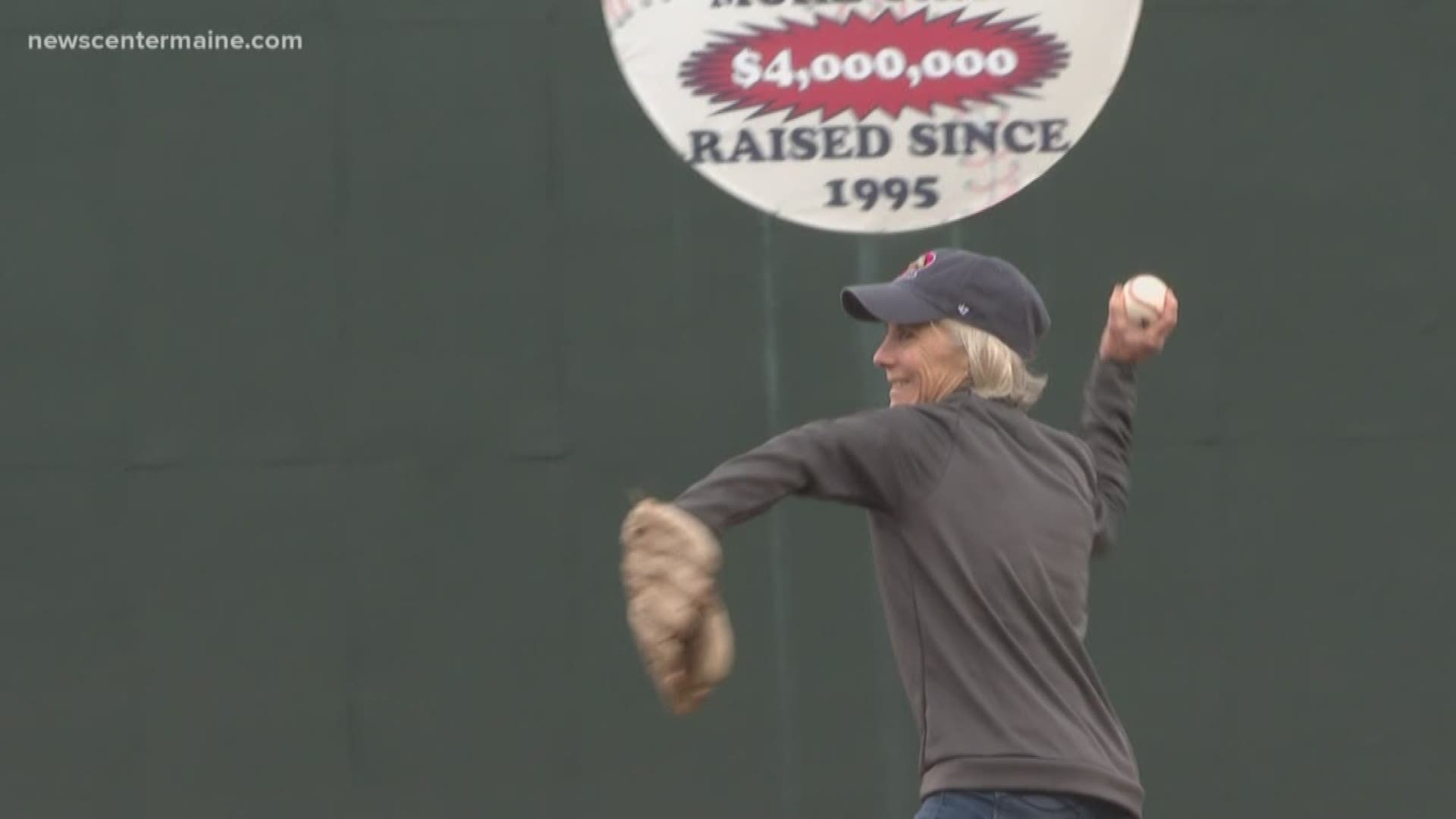 PORTLAND, Maine — The Portland Sea Dogs continued their series of bobbleheads featuring notable Mainers in 2019 with a Joan Benoit Samuelson bobblehead giveaway on Wednesday, May 15, at 6 p.m. at Hadlock Field.

The first 1,000 fans who entered the ballpark received the Joan Benoit Samuelson bobblehead. Samuelson was at the game where she threw out the ceremonial first pitch.

"To be honest with you, it bobbles my mind with this whole bobblehead frenzy," Samuelson told NEWS CENTER Maine Wednesday evening. "But, I'm delighted to be here this evening... Whenever you're honored -- if you want to call honoring with a bobblehead an honor -- it always means the most to me when it's at the heart of one's community."

Samuelson, born in Cape Elizabeth, Maine, won gold in the first ever women's Olympic marathon at the 1984 Olympic Games held in Los Angeles.

Additionally, she is a member of the National Boys & Girls Club Hall of Fame and the Maine Women's Hall of Fame. In 2017, a plaque honoring her was unveiled in the L.A. Memorial Coliseum's Court of Honor.

In 1998, Samuelson founded the TD Beach to Beacon 10K Road Race. The race, held the first Saturday in August, attracts many of the world's top distance runners, and promotes and celebrates health, fitness and giving back.