To keep the 'traditional' spring sports schedule intact, the MPA announced Friday it will not sponsor a spring tackle football season 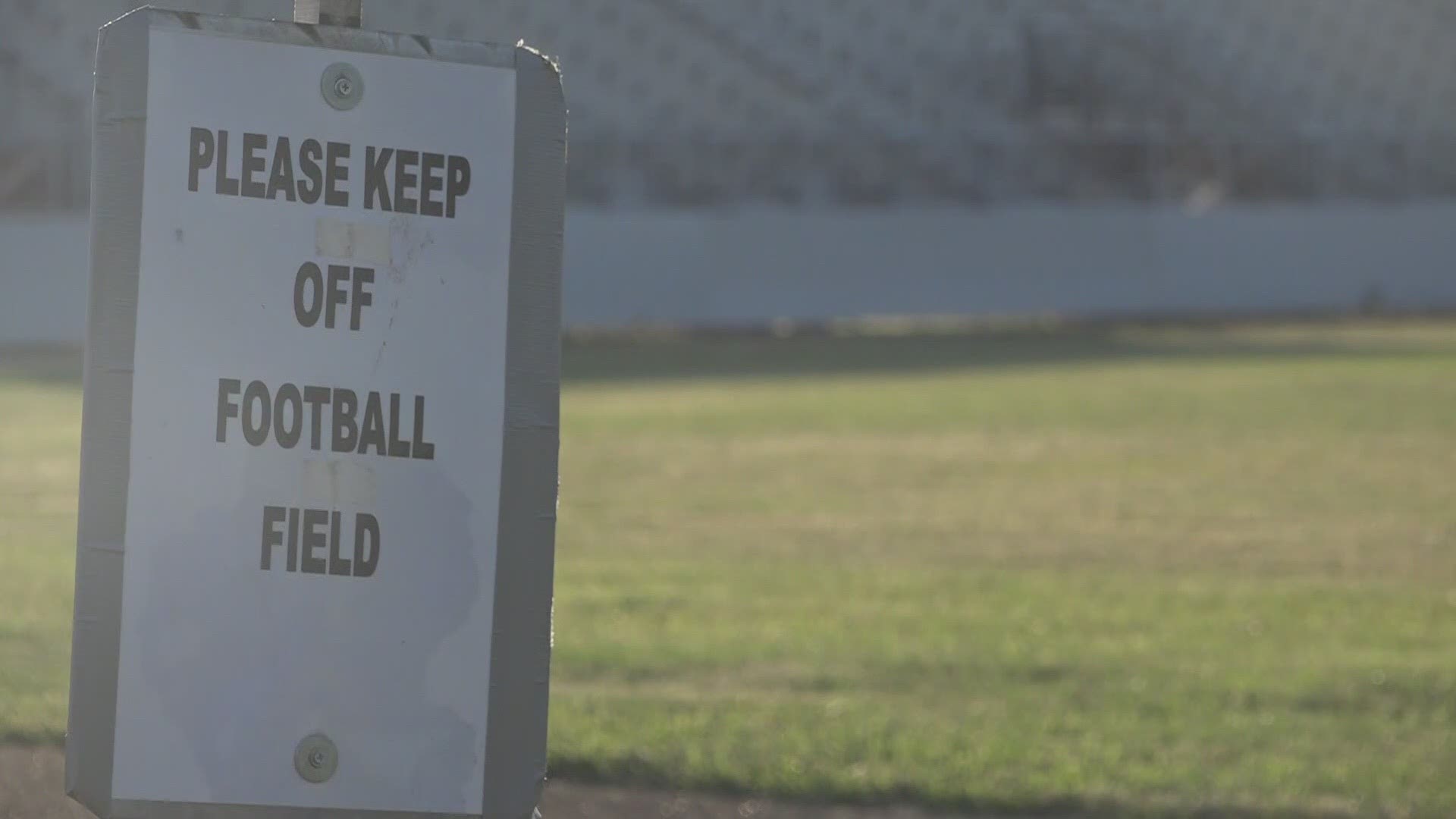 MAINE, USA — Like everything, sports have been greatly impacted as soon as the coronavirus pandemic came to Maine. The entire spring season was canceled for youth and high school athletes and winter sports tournaments were axed for University of Maine teams.

Since last March, players, coaches, and parents, have been planning, re-planning, planning again, and re-planning ways to safely take the field or court.

The Maine Principals' Association's (MPA) Football Committee met Thursday to discuss the possibility of playing tackle football this spring and came to the conclusion not to move forward with that plan.

Fred Lower is the chair of the committee and Hampden Academy's Athletic Director and said there were many reasons why a spring tackle football season wouldn't work. The first being tackle football is classified as a high-risk sport and cannot be played under Maine's current Community Sports Guidelines.

Even if those guidelines were changed, adding football to the spring season would cause scheduling issues with the other traditional sports like baseball or track.

When last spring's high school sports season was canceled, it was the goal of the MPA to not let those athletes miss out on another year of activity.

“Those kids last spring lost everything, they didn’t have practices, games, or anything, so that sports season was going to be preserved the way it is," Lower said.

Logistical and financial budget concerns unrelated to the pandemic also weighed in on the decision, Lower added. Finding field space for football teams along with the other spring sports would be tough at most schools in Maine.

The idea of starting tackle football later in the spring, around mid-May, and ending in late June or July was also dismissed.

Finding transportation, officials, and staff to work games would be a challenge after the school year.

Lower mentioned many high schools use grass fields and the summer is when the surface is able to recover after the spring lacrosse season and before football's traditional spot in the fall.

The safety of student-athletes also weighed in on the decision. Lower mentioned if tackle football was played in its own season, kids could, for example, play baseball, spring tackle football, then tackle football in the fall with little recovery time in between.

“It didn’t matter if we made the decision like we did yesterday or if we waited a month, two months, three months, those factors were still going to be there," Lower added.

While this decision was expected by some, it was another hit for student-athletes and athletic officials.

The Red Riots of South Portland return to winter sports practice this Monday after a week of remote learning. Athletic Administrator Todd Livingston said his winter sports coaches are doing everything they can with players during this unusual school year.

“We’ve just been doing our best to keep the kids engaged and staying connected while we’re out of practice," he added.

This year has been a "roller coaster" for Livingston and all others in a similar position. While he agrees not playing football this spring was the right decision, he's hopeful for the future.

“I'm optimistic for a spring season, we’re going to be outside, we proved in the fall that we could do it successfully and safely," Livingston said. “My hope is that come fall 2021 we’re playing tackle football.”

The start of the spring high school sports season is scheduled to begin in late March. The MPA has pushed back the start to both the fall and winter seasons, so it will be unclear if and when Maine's high schools can take the diamond, field, and track.