Maine Boys to Men gets boost from the Patriots 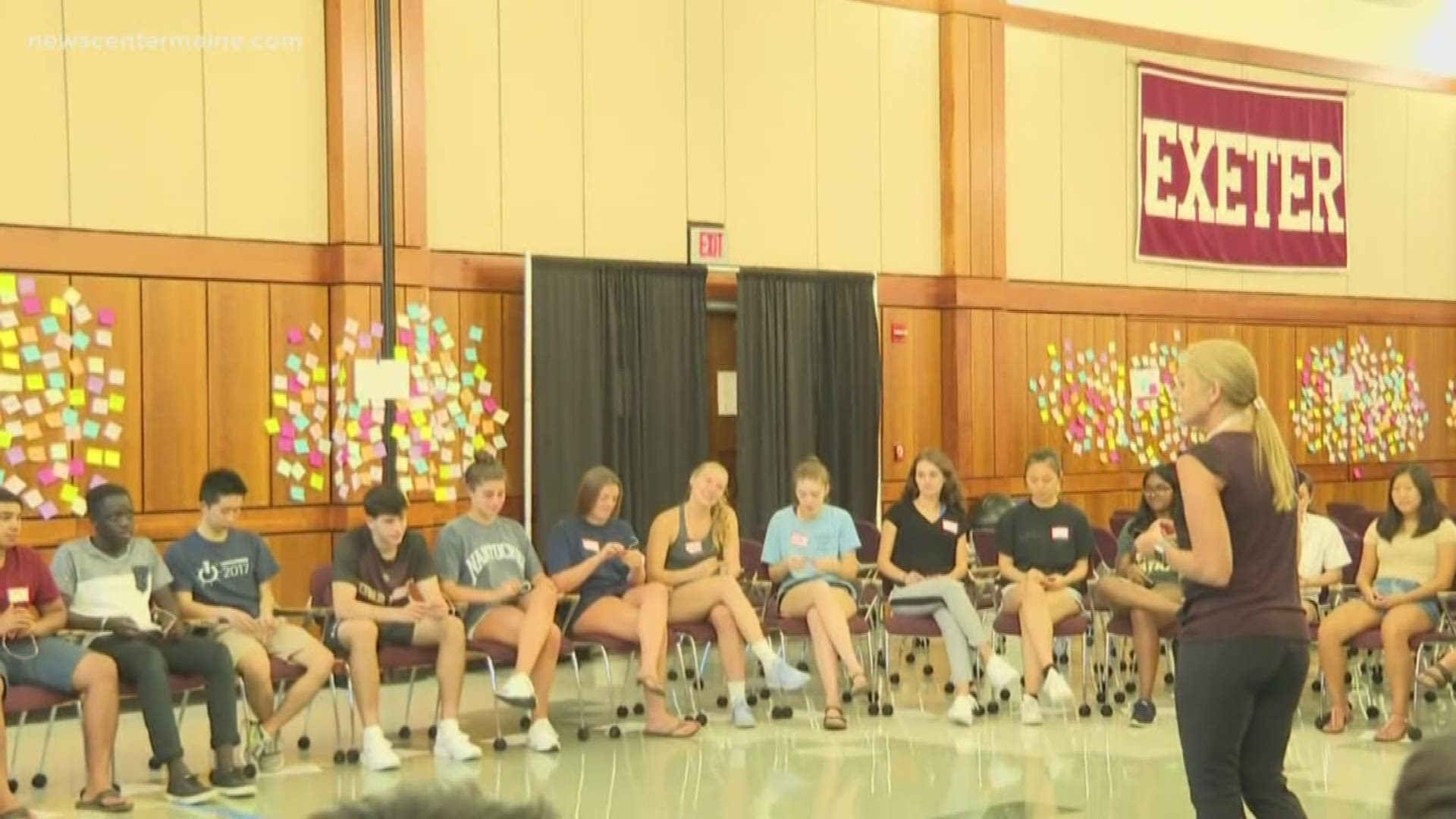 EXETER, N.H. — Before the start of the school year, student leaders at Phillips Exeter Academy are taking steps toward learning how to help a peer in need.

"What we're doing is building their skills on how to intervene safely in situations that might otherwise become harmful," says Heidi Randall, Program Director for Maine Boys to Men.

For more than twenty years, the non-profit has helped young men change the way they think about masculinity and help put an end to violence against girls and women. That mission has expanded to include teaching as many teens as possible about how to support someone in need. Almost 6,000 high school and middle schools students have participated in a Boys to Men program in the last two years.

"It helped me become the person that I am today," D'Amico says.

The Freeport High School grad got involved with the program his sophomore year. His passion for Boys to Men's mission, and for New England Patriots football, prompted him to apply for a grant from the Myra Kraft Community MVP Awards. His efforts were rewarded with a $10,000 check.

"It's great to know that the Patriots are watching and they care about what their community is all about," says D'Amico. "I think that's a really powerful message. I know they're a good football team, but it's cool that they care a lot about their community."

RELATED: Patriots kick off 2019 season and NEWS CENTER Maine is there

Executive Director of Maine Boys to Men, Matt Theodores, says the grant money will be used to train others to use the group's curriculum to reach communities that the organization can’t reach directly. If you are interested in becoming a trainer, a training session is being held in Portland on October 2 and 3. You can register for the event at www.maineboystomen.org.