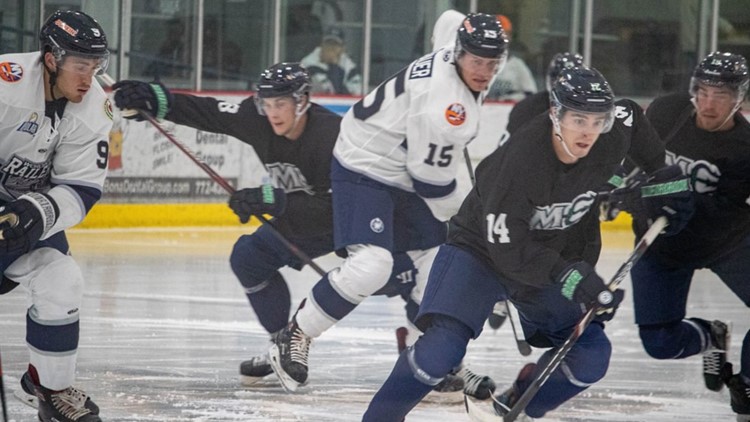 PORTLAND, Maine — Cumberland-born Ted Hart is returning from Illinois to come home and play for the Maine Mariners.

Hart signed a standard player contract on Tuesday, re-joining the Mariners from the SPHL’s Peoria Rivermen.

Hart was in training camp with the Mariners, but did not make the opening night roster.

Hart graduated from Greely High School where he was a part of back to back state championship teams in 2012 and 2013.

He went on to play at the collegiate level at Yale University, where he was two-time ECAC All-Academic.

Before he signed to the Rivermen, Hart was on the Mariners until he was cut from training camp.

"I'm very excited to be back in Maine and get another opportunity with the Mariners," said Hart. "I really enjoyed my time with the Peoria Rivermen and I was able to work on some details in my game, so hopefully I can continue that success and contribute to the Mariners organization."

In the past two weeks, the Mariners have lost three forwards, as Ty Ronning, Lewis Zerter-Gossage, and Ryan Dmowski were all recalled to AHL Hartford.

The Mariners are home on Saturday night against the Adirondack Thunder at 6 p.m. for Military Appreciation Night.