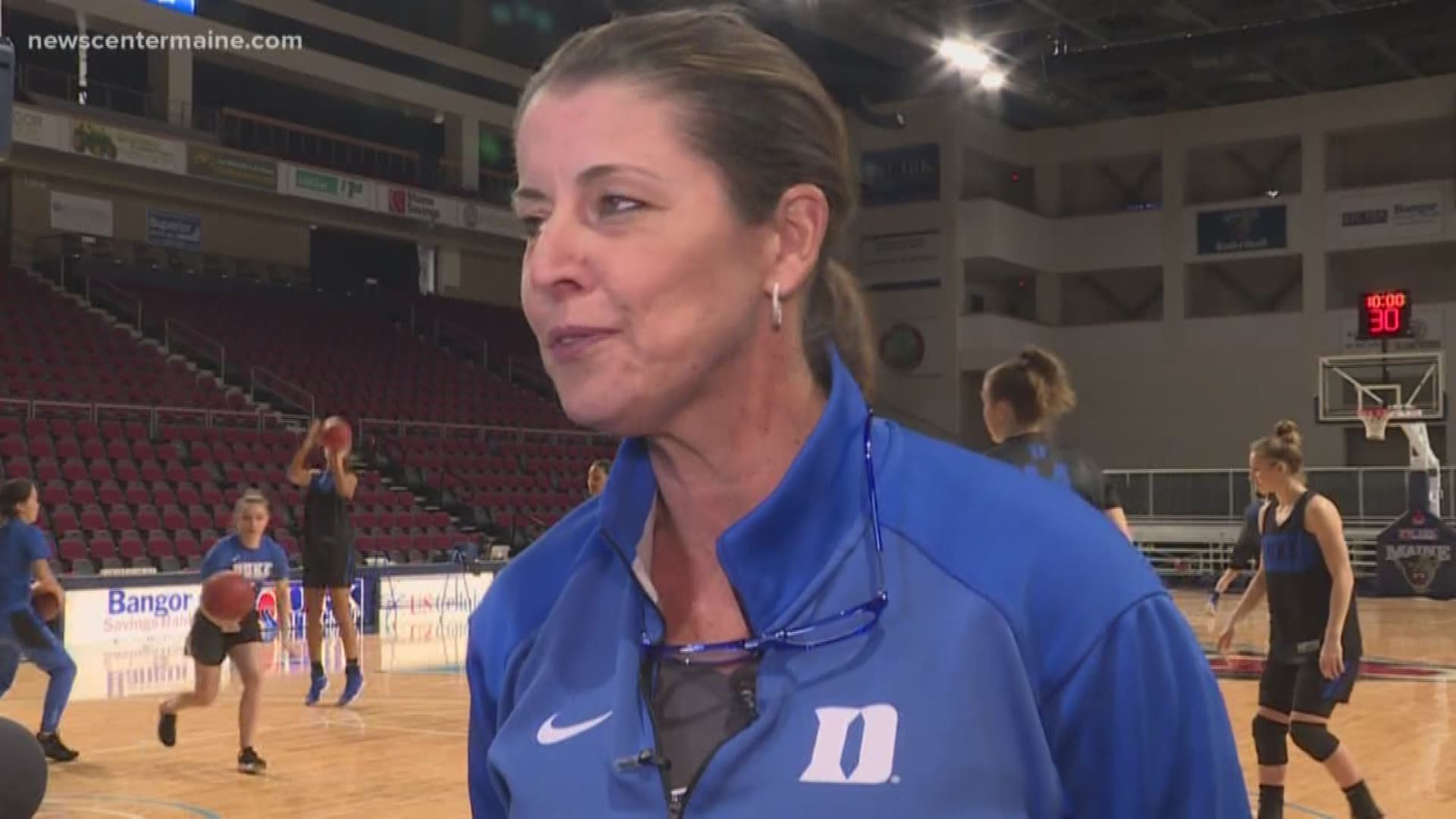 McCallie is a former Brunswick High School star, as well as a former coach of UMaine women's basketball. She had been head coach of Duke since 2007.

"I want to provide an opportunity for change, growth, and a sense of security relative to the future of the program," McCallie said in the video, acknowledging that she is entering the final year of her contract.

"As a coach in the final year of my contract, uncertainty is natural. And it takes away from confidence and fun," she said. "I hope my action allows the team to play free, without the burden and uncertainty of their coach's future."

McCallie added that she has chosen to forego the majority of the final year of her compensation to support her staff during this overall challenging and transitional time.

"I am hoping to help pave the way for Duke to make an impactful selection for the fifth coach in Duke women's basketball history," she said.

McCallie's Duke career was not free of controversy. In spring 2016, the university launched an investigation in response to allegations of mistreatment of players and coaches. However, Duke later stated the investigation was complete and McCallie would stay on as head coach.

Here is what the official website for Duke women's basketball says about McCallie's career accomplishments, both at Duke and other schools: