Is Tom Brady really the GOAT in all of New England sports?

Even before Brady cemented legend status with his 7th championship ring, he was hailed as the GOAT. But where does he stack up against other Boston sports legends? 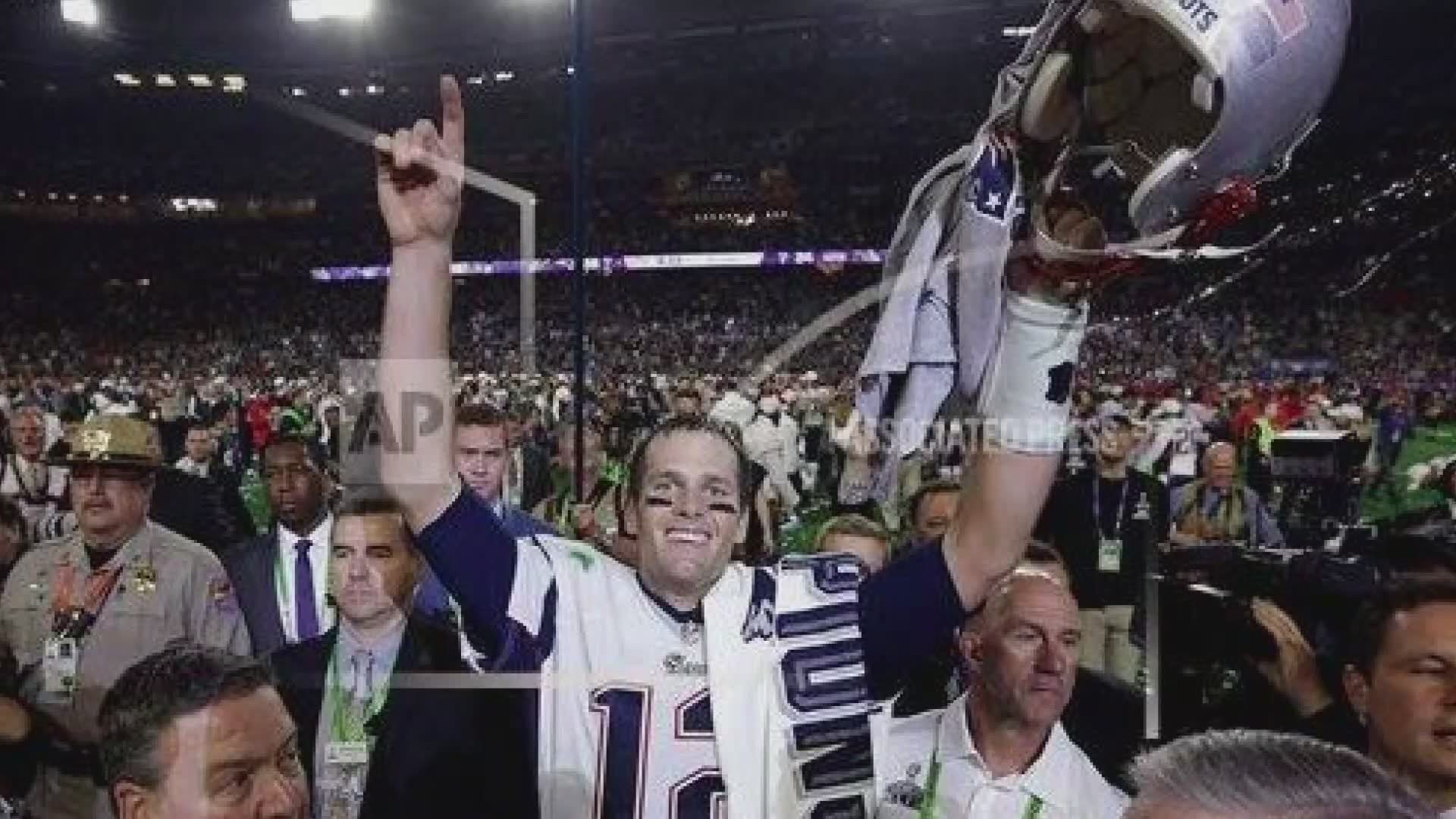 BOSTON — We’re watching something amazing with Tom Brady as he continues to rack up championships. We’re hearing the title of “GOAT”—AKA “the Greatest of All Time”—thrown around a lot. But how does he stack up next to some of New England’s greatest champions of all time?

And yes, Brady won his latest championship with Tampa Bay. But for argument’s sake, it’s safe to still considering him a New England icon…

Brady has six championship titles with the Patriots—seven total counting his win with the Bucs. His 7th ring means he's won more Lombardi trophies than any NFL franchise. The Patriots and Pittsburgh Steelers are tied at 6.

Even before Brady led the Bucs to victory over the Chiefs, he was breaking records. At age 43, Brady broke his own mark for the oldest player to win a Super Bowl and joins Hall of Famer Peyton Manning as the only quarterbacks to win one with multiple franchises. Brady is also the first to win the Super Bowl in both the AFC and NFC. Brady also extended his Super Bowl appearances record to 10.

Brady has even helped cement legacies for his teammates, like the all-lovable goofball Rob Gronkowski, who in his own right has made Boston sports history. The duo's performance Sunday night put them ahead of Joe Montana and Jerry Rice for the most postseason scores by any duo in NFL history.

These feats are the reasons many argue he’s the GOAT. But that’s the NFL—there are other New England sports legends that should be considered in the discussion.

RELATED: They're going to Disney World! Brady and Gronk set to visit the 'most magical place on Earth'

Credit: AP
Bill Russel, left, star of the Boston Celtics is congratulated by coach Arnold "Red" Auerbach after scoring his 10,000th point in the NBA game against the Baltimore Bullets in Boston Garden on Dec. 12, 1964. (AP Photo/Bill Chaplis)

Michael Jordan is often called the NBA’s GOAT, but let’s not forget Bill Russell of the Boston Celtics who holds the championship record with 11 rings; eight of the titles were won in succession. Of course, the number of rings a player has isn’t necessarily the deciding factor in being called the greatest of all time…but add on the five MVP awards and 12 All-Star appearances, there’s no doubt Russell is a Boston legend. His number, No. 6, was retired by the Celtics in 1972.

Credit: AP
Babe Ruth is shown in a Boston Red Sox uniform in 1919.

Credit: AP
Bob Cousy (14) of the Boston Celtics takes a rebound off the backboard after an attempted basket by Dick McGuire (15) of the New York Knickerbockers in the fourth quarter of their NBA playoff game at the Boston Garden in Boston, Mass., March 26, 1953. (AP Photo/Bill Chaplis)

Celtics point guard Bob Cousy’s six championships rightfully earn him a spot in this discussion. Cousy was named the NBA MVP in 1957, he’s a 13-time All-Star, and was elected to the Basketball Hall of Fame in 1970. The Celtics honored his greatness by retiring his No. 14 jersey on Oct. 16, 1963.

Lots of Celtics on this list…Larry Bird is a household name in the world of basketball and sports in general. He played 13 seasons with the Celtics and led the team to three championship titles. He was the NBA finals MVP in 1984 and 1986, and was the NBA MVP for three consecutive seasons 1984-1986. Bird currently ranks second in points in all-time Celtics history. He was elected to the Naismith Memorial Basketball Hall of Fame in 1998. (Celtics No. 33 jersey retired.)

A more modern contender on this list is David Ortiz, who was on the Sox’ 2004 World Series team that broke “the curse of the Bambino.” While Ortiz started his career in the MLB with the Minnesota Twins, he’s most remembered for his time as a Red Sox. “Big Papi” is a three-time World Series champion with Boston, where he spent 14 seasons. He was a 10-time All-Star, seven-time Silver Slugger winner, and holds the Red Sox single-season record for home runs with 54, set in the 2006 season. It’s safe to say Big Papi is one of Boston’s most beloved athletes.

Credit: AP
Boston Bruins' Bobby Orr flies through the air after driving the winning goal by St. Louis Blues' goalie Glenn Hall in the sudden death period of their NHL finals of the Stanley Cup Series in Boston Garden, May 10, 1970. Boston won 4-3 to win the series four straight and return the Stanley Cup to Boston for the first time in 29 years. (AP Photo/A.E. Maloof)

Bobby Orr is considered one of the best hockey players of all time. He was a Bruin for 10 years. In that time, the Bruins had eight consecutive playoff appearances with two Stanley Cup wins (1970, 1972). In both wins, Orr scored the game-winning goals and was named the playoff MVP. Due to frequent injuries, Orr was traded to the Chicago Black Hawks in 1976, but he still goes down in Boston sports history. The Bruins retired his number in 1979.

New England also has a rich history in the Olympics.

Bode Miller, an Olympic alpine skier from New Hampshire, has won 6 Olympic medals, including one gold. He holds the record for most Olympic medals of any U.S. skier. He is the only skier with five or more victories in each discipline and also won four World Championship titles in four different disciplines.

Two-time Olympic gold medalist and snowboarder Seth Wescott, while from North Carolina, grew up in Farmington, Maine. Wescott trained with fellow Olympian Bode Miller at Carrabassett Valley Academy. His Olympics debut was in the 2006 Winter Games in Italy, where he won gold in the snowboard cross. Then in 2010, he won gold in the Games again.

Another Olympian from Maine is Ian Crocker, of Portland. The swimmer is a five-time Olympic medalist. Crocker was also the first man to ever swim under 51 seconds in the 100-meter butterfly.

Tom Brady’s career is far from over, though, so his status of GOAT will only continue to solidify. After his Super Bowl victory on Sunday, Brady left no question about his football future.