Appearing on The Michael Kay Show, Cleveland Indians manager Terry Francona discussed the sign-stealing scandals that have affected the Astros and Red Sox. 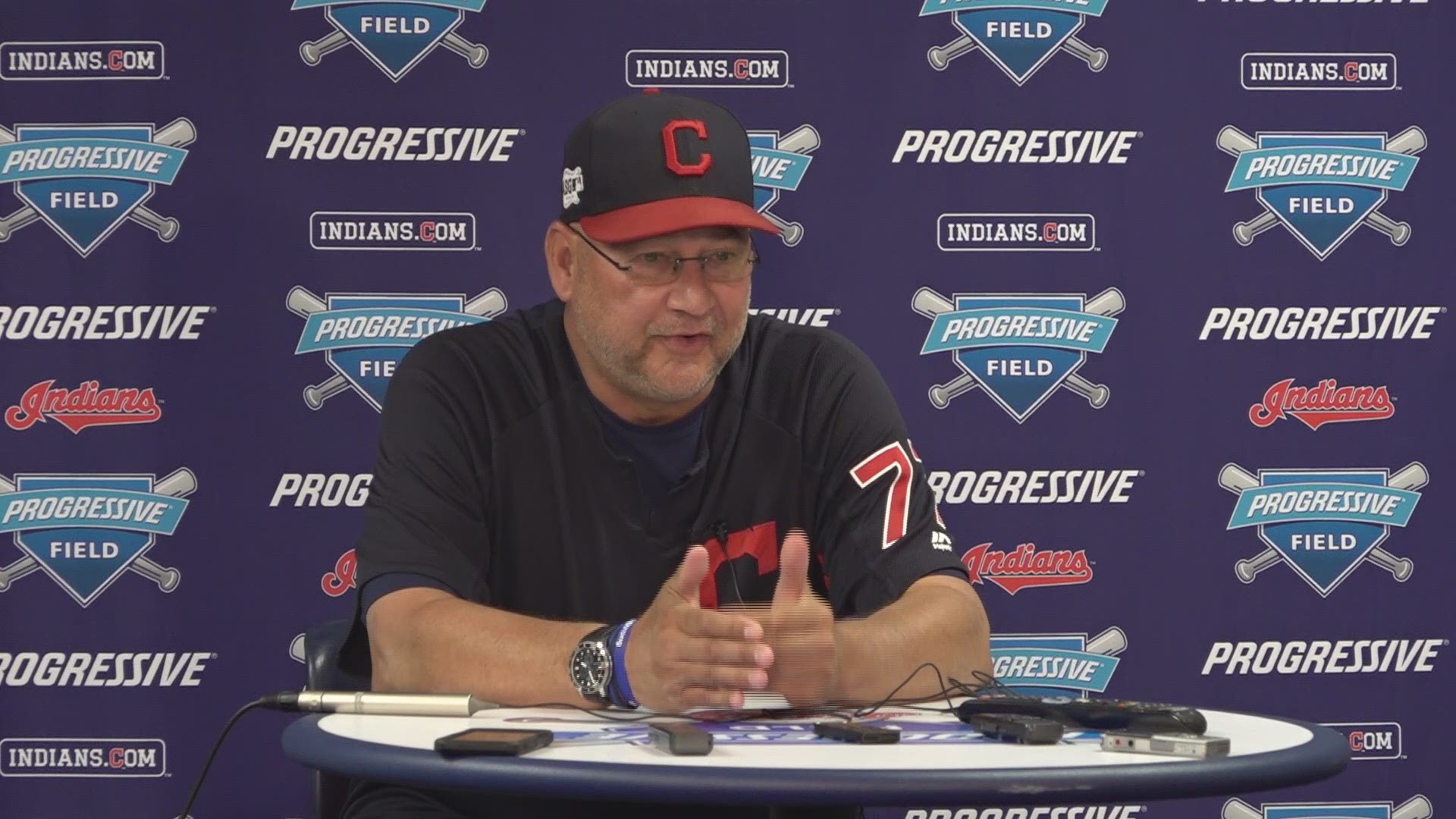 CLEVELAND — The sign-stealing scandal that has engulfed baseball this week has left many people feeling a lot of things.

For Terry Francona, however, the Cleveland Indians manager's prevailing emotion has been one of confusion.

"I've been trying to formulate my thoughts because, shoot, I knew I was going to get interviewed," Francona said while appearing on The Michael Kay Show on Thursday. "I'm confused. They're people that I really care about. Alex Cora who played for me and I love him, I respect A.J. Hinch so much. And Carlos Beltran as a player had a reputation that was second to none. And then you see what happens and I guess how I feel is that they're still really good people. They made mistakes and they're going to pay the price."

Some of those prices were paid earlier this week when Hinch was fired as the manager of the Houston Astros, while Cora and Beltran parted ways with the Boston Red Sox and New York Mets, respectively. The departures of all three now-former managers come as the result of MLB's investigation into the Astros' use of video equipment to steal pitching signs and tip off batters during the team's run to the 2017 World Series title.

Like Hinch, Houston general manager Jeff Luhnow was suspended for the 2020 season and subsequently fired. The Astros were also issued a $5 million fine and stripped of their first and second-round picks in each of the next two MLB Drafts.

The fallout extended to both Boston and New York, with Cora -- who served as Houston's bench coach at the time -- and Beltran -- who played for the Astros in 2017 -- having been key figures in the scheme. And with the Red Sox now under investigation for their own sign-stealing scandal, this entire ordeal doesn't appear to be going anywhere anytime soon.

Asked about the difficulties of policing such a situation in a clubhouse, Francona stated that he's never been forced to do so. He did, however, admit he could relate to the realities of the difficult conversations that have to occur with players from time to time.

"I can't speak to this in particular because we didn't do it and I'm glad," Francona said. "But I can tell you there are a lot of nights when I go home where I know I need to have a conversation with a player -- especially like a veteran player -- where he may view it differently than I do. And I lose a lot of sleep over stuff like that because obviously I feel a lot of obligation to get it straightened out. But you don't just want to beat somebody over the head and lose them.

"So that's probably the biggest thing a manager has to try to do is keep your house in order but also keep guys feeling good about themselves."

On Thursday, MLB's latest scandal took another turn when a Twitter account falsely claiming to be Beltran's niece accused Astros All-Stars Jose Altuve and Alex Bregman of wearing electronic devices under their jerseys that helped tip off pitches. Those claims, however, were backed up by Cincinnati Reds pitcher Trevor Bauer, who tweeted that he had heard the same thing from "multiple parties."

Francona -- who managed Bauer from 2013 until he was traded to the Reds last summer -- said he has never heard of those accusations against the Astros.

"Never in my life," Francona answered when asked if he had heard similar. "I had never heard that.

But while Francona wasn't sure of the latest allegations against the Astros, the 2-time World Series champion manager was confident that this scandal won't be the end of Hinch, Cora and Beltran's time in baseball.

"I think not just in our game but in our country, if people show contrition, we enjoy forgiving," Francona said. "Which I think is a good thing."