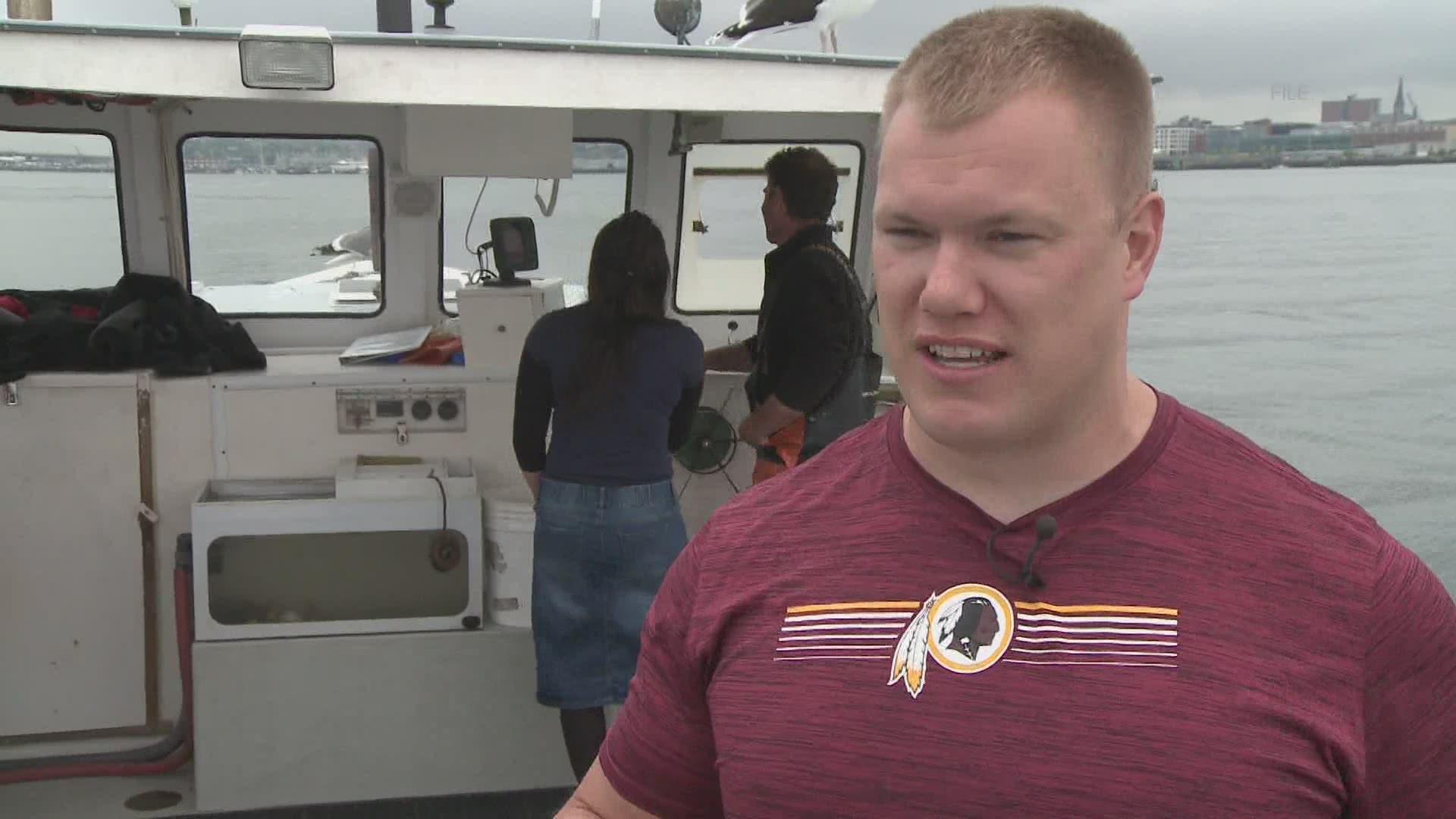 ORONO, Maine — It was a homecoming for Matt Mulligan Tuesday as the former Black Bear tight end returned to the Harold Alfond Sports Stadium for the first time as part of the coaching staff.

“It’s a great opportunity," Mulligan said. “I [have] to thank [head coach] Nick Charlton you know, reaching out to me and getting this all working together and getting me that chance.”

Mulligan will take on a volunteer role and will be officially listed as an offensive assistant and sports performance coach, but added he will be a "utility guy."

“Coaching was something I really wanted to do. I said to myself I think this is a good opportunity," Mulligan said.

While many of his peers in the coach's room have played and coached football their entire lives, Mulligan is a little different. For starters, he didn't catch a pass or score a touchdown until college.

The Maine native graduated with 38 kids at Penobscot Valley High School, which didn't have a football team. So Mulligan went to Husson University to play basketball but then decided to give football a shot for their team, the Eagles.

After learning to play organized football at Husson, he transferred eight miles away to the University of Maine  After he sat out a season due to NCAA transfer rules, he put on the Black Bear helmet for two years and started 18 games.

Football-wise, the late bloomer didn't call it a career after college. Mulligan was signed by the New York Jets as an undrafted free agent in 2009. For eight years he played in the NFL for multiple teams, including a stint with the New England Patriots in 2013 where he caught a touchdown pass from Tom Brady.

After spending some time consulting and training athletes, Mulligan knew this coaching opportunity was the perfect fit, he said. He's excited to help the Maine program however he can.

“I think [the players are] a tremendous group I think the upside is beyond what we’ve seen so far," he said.

His story in Orono and in the NFL is something he will share with his players when the Black Bears begin offseason training and practice as early as this week.

“The fact of the matter is if you put in the hard work if you’re determined and if you’re able to overcome a lot of different obstacles that there may be presented in front of you, then the opportunity is right there in front of you," Mulligan said.

His story is also the subject of a children's book he and his wife Stephanie have been working on. The book, "Just a kid From Maine," focuses on Mulligan's journey from a small town in the state to playing football in college and the NFL.

“I graduated with 38 kids and I was from a small town, it doesn’t matter. Hard work still pays off, determination still pays off," Mulligan said. “Just because you’re from Maine, that’s not a deterrent. That can actually build you up and galvanize you to contribute to society in a way that is necessary.”

Mulligan said his wife, Stephanie, who is an author and publisher, is the boss on the book project. The expected release date is this fall, right around the time Mulligan will be inducted into the Maine Sports Hall of Fame.

“I love this state and now all of a sudden to be honored as one of the best athletes to come through here is tremendous," he said.

With the book release and Hall of Fame ceremony a few months away, Mulligan can focus on the upcoming Black Bear football season.

“If you’re a UMaine football fan, you got a lot to be excited about," he said.