The Portland Lumberjacks faced off against the L.A. X on Thursday, July 18 in the Professional Bowlers Association finals. 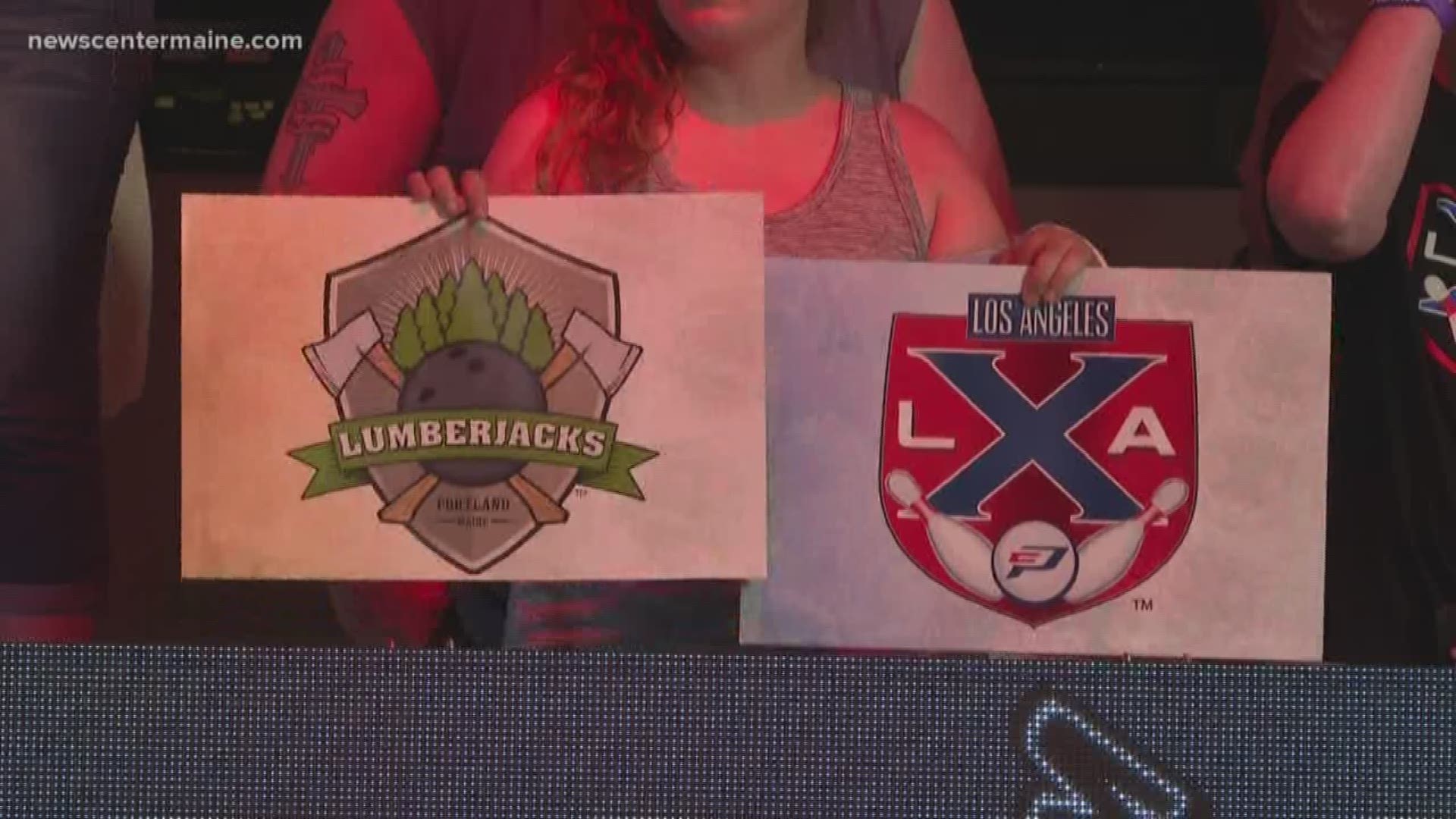 PORTLAND, Maine — People from across the country and around the world descended on Portland Thursday night for the ultimate bowling showdown.

"The Portland Lumberjacks are in the finals playing against the L.A. X, and we’re gonna have a few hundred people in here, really one of the biggest sporting events that Maine’s ever had," said Charlie Mitchell, the managing partner of Bayside Bowl.

As it turns out, Bayside Bowl is known as a premiere venue in the professional bowling community.

"This is the only place on tour where they play in front of fans that really go crazy and party like this," Mitchell said.

Superfans say this is their favorite event of the competition season.

"I’ve been watching for over 30 years. I started watching when I was a kid in New Hampshire, and now I've traveled all over the country to see the sport," said self-proclaimed PBA super-fan Adam Lemerise. Lemerise traveled from North Carolina at the beginning of the week to see the event.

"When us amateur bowlers are out there, it looks like we’re trying so hard. These guys are just amazing, especially live," said James Winterfeld, who traveled from South Carolina to catch the final.

And while the competition is great, 11-year-old bowling aficionado Jai Mendleson says the community is even better. Mendelson traveled to Portland from Albany, New York with his mom and dad to watch the competition.

"The social aspect, I love it. All of the people are so nice. Plus, I just love rolling the ball down the lane. It’s so fun," Mendelson said.

The Portland Lumberjacks beat the L.A. X for the Elias Cup Thursday.