Churchill Downs has suspended Bob Baffert from entering any horses at the track, while the Preakness delays its post position draw. 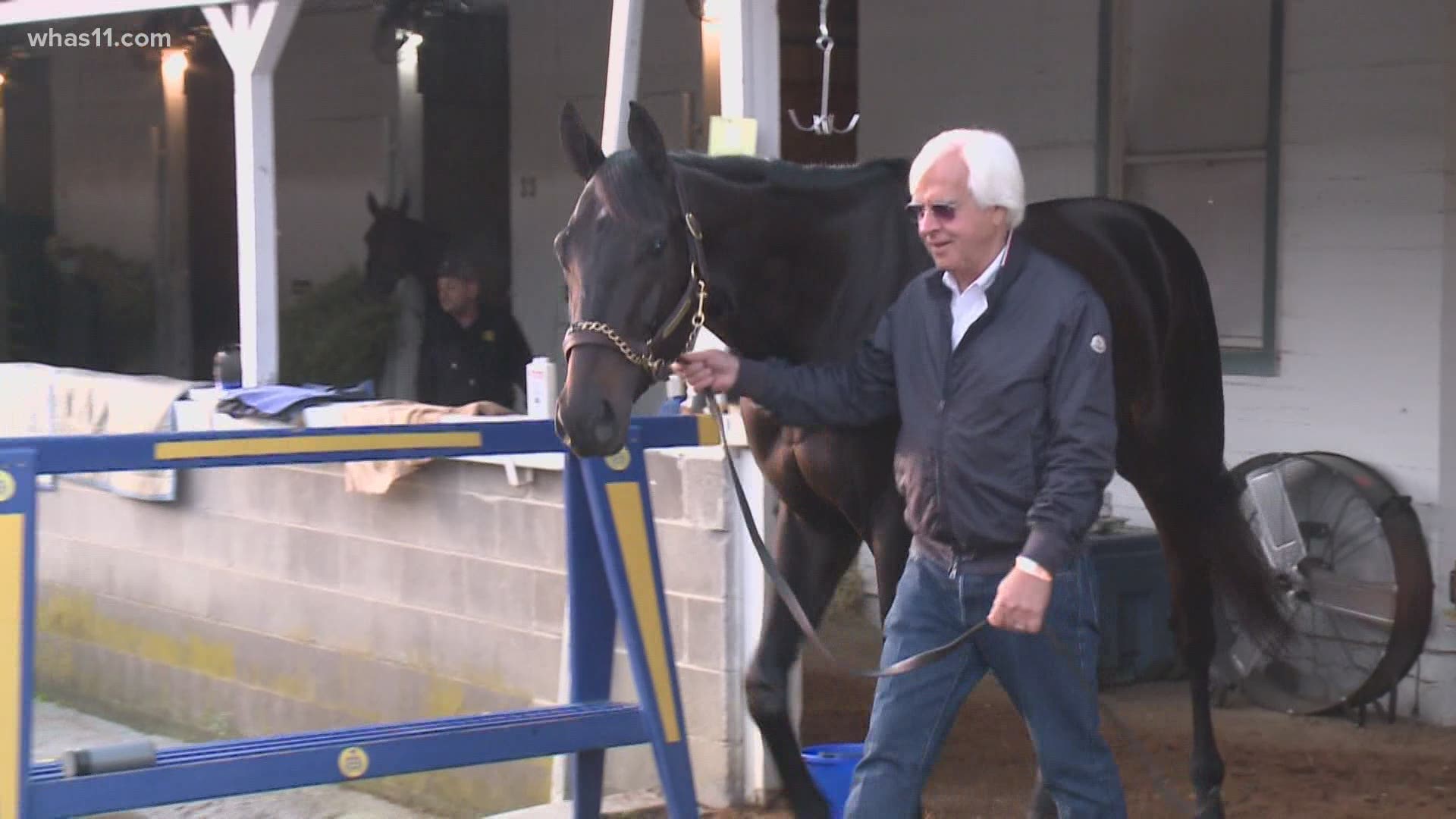 The post position draw for the 146th Preakness has been delayed following an announcement that Kentucky Derby winner Medina Spirit failed a post-race drug test.

Churchill Downs confirmed the Bob Baffert-trained horse's blood sample indicated a violation of Kentucky's horseracing rules. The 3-year-old had more than double the legal limit of betamethasone, a therapeutic drug, in its blood.

Baffert called the results "an injustice," adamant the horse was never treated with the medication. Medina Spirit's connections said they intend to request a test of a split sample to confirm the results. If the findings are upheld, the results will be invalidated and Brad Cox's Mandaloun will be declared the winner.

The winning purse must be forfeited, however pari-mutuel payoffs will likely go unaffected. In Kentucky, there is a regulation in the books that states the pari-mutuel outcome is not impacted by a subsequent disqualification.

As all eyes look toward Pimlico Race Course, the Maryland Jockey Club said it is committed to "achieving the highest level of horse care and safety standards."

MJC and 1st Racing announced they would review the facts surrounding the positive test and consult with the Maryland Racing Commission to make a decision regarding Medina Spirit's entry in the Preakness Saturday. The post position draw was moved to 4 p.m. Tuesday following the announcement.

Integrity in the sport of Thoroughbred horse racing is the ultimate priority for @1ST_Racing and the Maryland Jockey Club. 1/ST RACING has been an industry leader instituting processes and protocols that have led to nationwide medication reform and increased accountability. (1/4)

In their confirmation of the test, Churchill Downs also announced that Baffert would be suspended from entering any horses at the racetrack until the conclusion of the Kentucky Horse Racing Commission's investigation.

"Failure to comply with the rules and medication protocols jeopardizes the safety of the horses and jockeys, the integrity of our sport and the reputation of the Kentucky Derby and all who participate," the track said. "Churchill Downs will not tolerate it."

During an appearance on Fox News, Baffert said Churchill Downs' statement was "pretty harsh," and said the reaction to the test felt like a response to cancel culture.

"This America is different," Baffert said Monday. "It was like a cancel culture kinda thing, so they’re reviewing it. I haven’t been told anything. We’re prepared to run."

Baffert also called out new horseracing regulations, saying in an interview with ABC News that testing has become much more sensitive.

"He was tested before the Derby out of competition testing, there were no issues, no problems so I really don't know what happened," Baffert said. "But the levels are so small...what he had in him wouldn't have affected his performance and that's the bad part."

Baffert said he is also investigating, and continued to say "it did not happen."

Congress passed the Horseracing Integrity and Safety Act in December, which would create a unified authority to oversee safety and regulations governing thoroughbred racing. Right now, there are 38 different jurisdictions around the country that have thoroughbred racing, with each governed by a separate commission that differ with regards to their rules, regulations and enforcement.

"We want to see a standard that mirrors the rest of the world and we want to see people making decisions who are non-conflicted who have the best interest of not only the horses but the industry at heart," Marty Irby, the executive director of Animal Wellness Action, said.

"Whether you're racing in California or Texas or Florida or Kentucky, Maryland, anywhere, there would be one single standard, one single classification of drugs, one single set of withdrawal times, one set of penalties," Bob Heleringer, an attorney and the author of Equine Regulatory Law, said.

Under the law, which is to be implemented by mid-2022, the United States Anti-Doping Agency (USADA), would be responsible for setting regulations, investigating and enforcing rules concerning banned substances. Irby said Medina Spirit's failed drug test is an argument for why the law should be implemented as soon as possible.

"It's definitely not helping the case of keeping horseracing alive," he said. "If horseracing is to survive in the U.S., then they're going to have to clean up their act and clean it up very quickly."

But Heleringer said the implementation of the Horseracing Integrity and Safety Act in Baffert's case would likely not change too much. He said the biggest difference would likely be the jurisdiction of any appeals, which would move from state commissions and courtrooms to the federal level.

RELATED: What is Betamethasone? Here's what experts say about the drug found in Medina Spirit