The roster remains in flux as coaches size up the talent on display in practice and exhibition games. 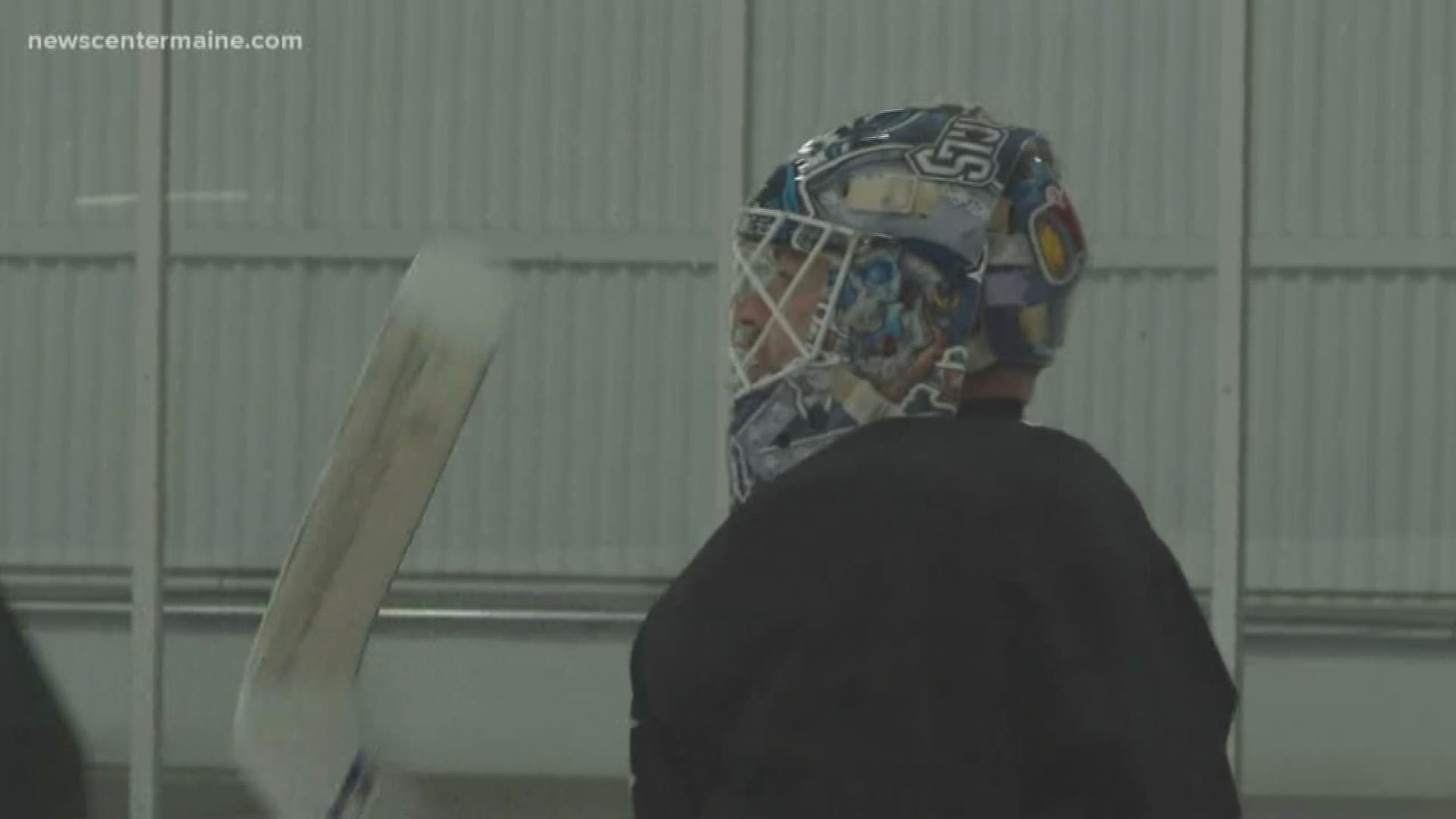 PORTLAND, Maine — With the 2019-2020 hockey season set to begin on October 11, the Maine Mariners have only a week to whip their team into shape.

That process accelerated with the start of training camp on Wednesday, October 2 at the Troubh Ice Arena in Portland. The practice sessions are every bit as intense as games, with 42 players competing against each other for 21 slots on the roster.

Doing his best to impress the coaches is 23-year-old native Mainer Teddy Hart. After playing for Greely High School, Hart pursued his hockey dreams for four years at Yale University.

"It would be surreal," Hart said of the chance to come home. "I've had so many friends and family supporting me over the years. And to finally come back and start a year here, it would just be fantastic."

Hart has a non-guaranteed contract with the Mariners, making the next few days critical for his future with the team.

After two more days of practice, Saturday presented a new opportunity for players like Hart to show their skills under game conditions. The Mariners will take on the Worcester Railers in an exhibition match on neutral ground in Exeter, N.H. at 4:30 p.m.

Sunday provides a chance to rest the body, but not the nerves as the final roster takes shape, and players learn who will stay and who will go.

When practice resumes on Monday, the team will move to its home ice at Portland's Cross Insurance Arena. New teammate who may have been strangers a week earlier have four days to build their chemistry before taking the ice for the season debut.

A friendly crowd in Portland will ease first-game nerves as the Mariners faceoff against the Adirondack Thunder. The puck drops at 7:15 p.m. on Friday, October 11.