Home is where the Hart is for Maine Mariners

Ted Hart upstaged Aquaman, whose symbol the Mariners were wearing instead of their usual uniforms, as the hero of the game 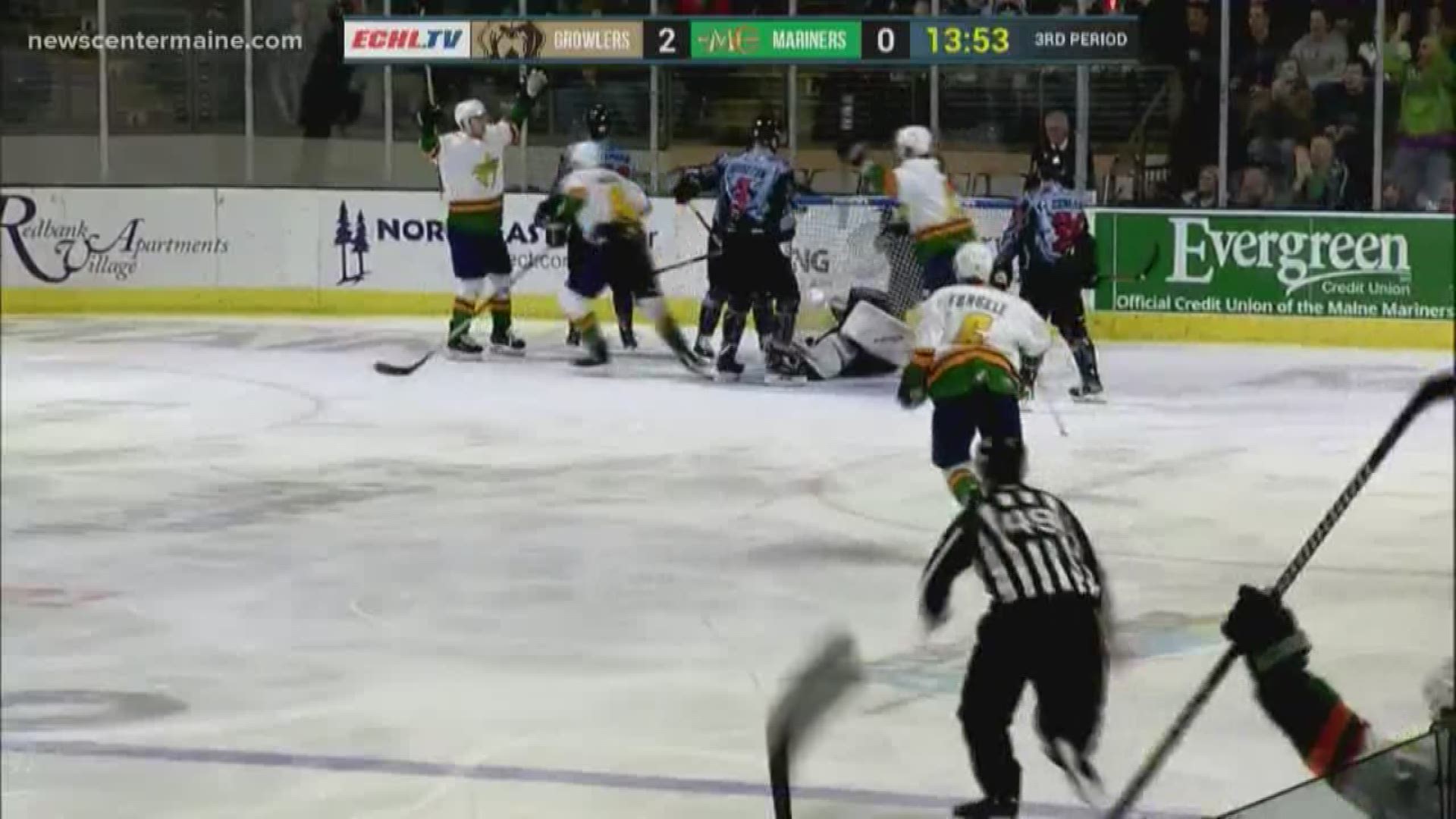 Now a member of the Maine Mariners, Hart once again had the crowd on his side as he scored his first goal on home ice at the Cross Insurance Arena in Portland on Saturday, November 30.

The Mariners went into the third period trailing 2-0 behind the Newfoundland Growlers. Emerging from behind the net with the puck, Hart's first shot was blocked. But the goalie left his feet to make the play, leaving plenty of daylight for Hart to score on his second attempt off the rebound.

Hart's goal at 6:07 into the period started a Mariners rally. Feeding off his energy, Dillan Fox scored again just 19 seconds later to tie the game. But the Growlers reasserted control the rest of the way to beat the Mariners, 5-2.

The loss couldn't remove the smiles from the faces of Hart's many fans in attendance. Having grown up in Cumberland, he is the first native Mainer to play for the Mariners.

“I had a lot of family and friends here so it was special for them to see that and it felt good especially because we could cut the deficit in half," Hart said of his goal. "Hopefully there’s more to come.”

RELATED: Mariners take their game faces out of storage for preseason tune-up

Since signing with the Mariners on November 5, Hart has scored twice previously. But both of his earlier goals came during road games. And when the big moment finally came at home, he wasn't wearing a his usual Mariners jersey. He and all of his teammates were dressed as the DC Comics superhero Aquaman as part of a promotional event.

The uniform that Hart is probably best remembered for wearing by Maine hockey fans is that of the Greely Rangers. He was part of the 2012 and 2013 teams that won the state high school championship. And after graduation, he played at the college level for Yale.

Hart and the Mariners return to the ice on Friday, December 6, for a road game against the Adirondack Thunder. The duel with the Thunder will continue for the two following games in Portland on December 7 and 10.