Each men's team will play 20 games while the women's teams play 18. Both University of Maine teams are slated to start the season on Nov. 20 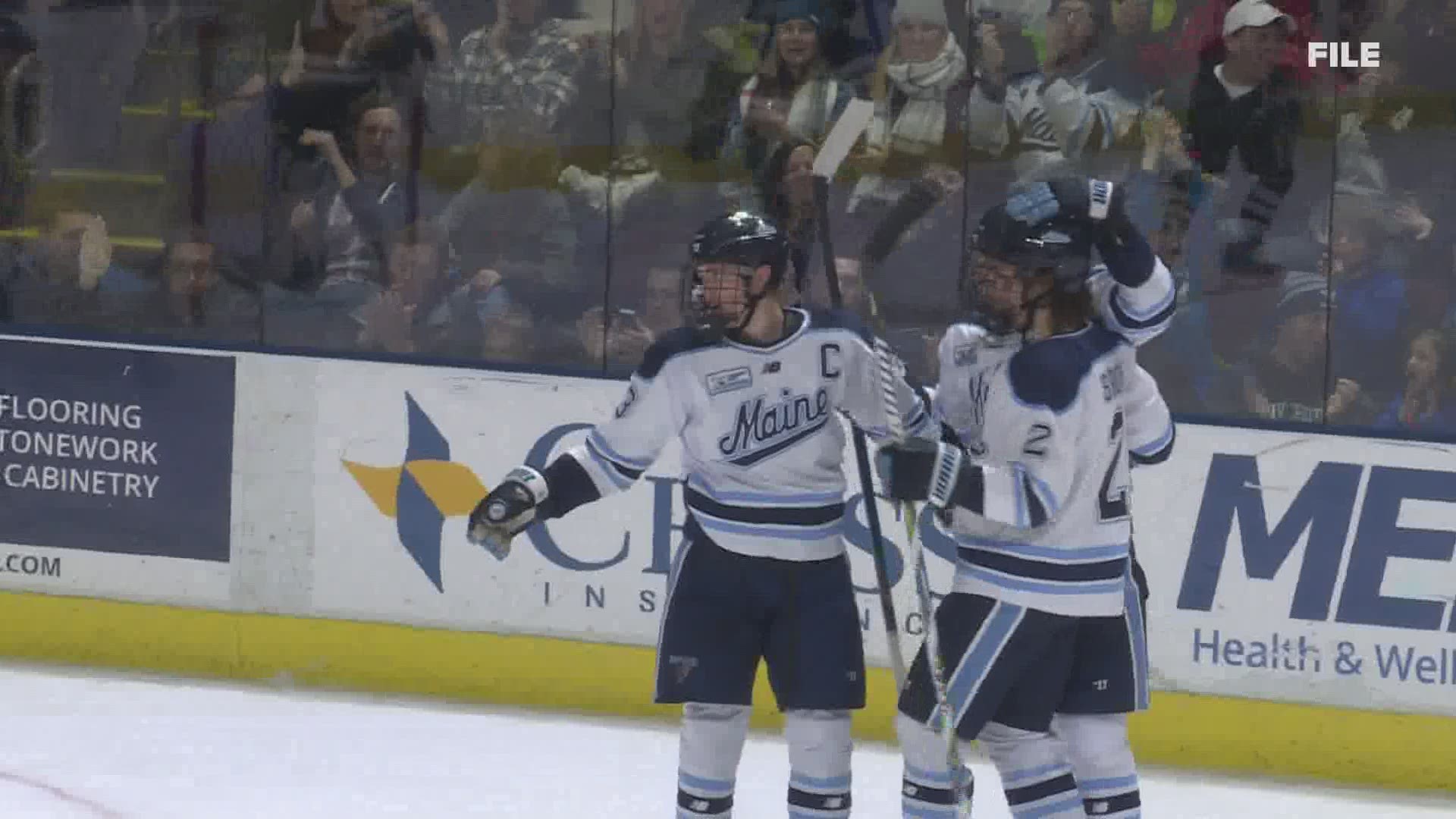 WAKEFIELD, Mass. — Hockey fans in Maine have been waiting to circle a date on their calendars since the Hockey East playoffs were canceled due to COVID-19 concerns last March.

On Wednesday, Hockey East released its 2020-21 season schedule, and now Black Bear fans can circle, highlight, and focus their attention around Nov. 20.

In a release sent by the league, Commissioner Steve Metcalf said:

"We’re excited to make this announcement today and very appreciative of all the hard work by so many in making it happen. We’ve worked closely with all our member institutions in establishing protocols in an effort to play as safely as possible, while also giving our teams a complete and meaningful season.” Although there is hockey on the schedule, this year will look different. All games are conference only with the men playing 20 games each and the women playing 18.

With so much difficulty in trying to plan a season during this pandemic, Hockey East has established three of the final five weekends of regular season play as "Flex Weekends," in case any games need to be made up due to issues caused by COVID-19.

"Hockey East will defer to each campus to determine the status of fan attendance for home games in accordance with state and local health and safety guidance. Schools will make individual announcements about fan attendance," per the release.

Each campus gets the final say on fans and if the teams can play. University President Joan Ferrini-Mundy will also make the final decision if winter sports will be played in Orono.

As of now, the decision has not been made one way or another.

Head coach Red Gendron addressed reporters Wednesday afternoon after the schedule was released. He said his players have been adapting to everything thrown their way since March.

"Whatever else you know, life throws into our path, you know. If we've learned one thing, it's we've learned how to adapt, and that's quite frankly is a good thing because it transcends far beyond hockey," Gendron added.

The men will host the University of Massachusetts on Friday and Saturday.

The women will travel to Worcester, Mass to take on the newest member of the conference, Holy Cross.