Rowan Andrews is a battalion leader, a science lover and a future engineer. The Bangor High School senior is blazing a trail in male-dominated fields. 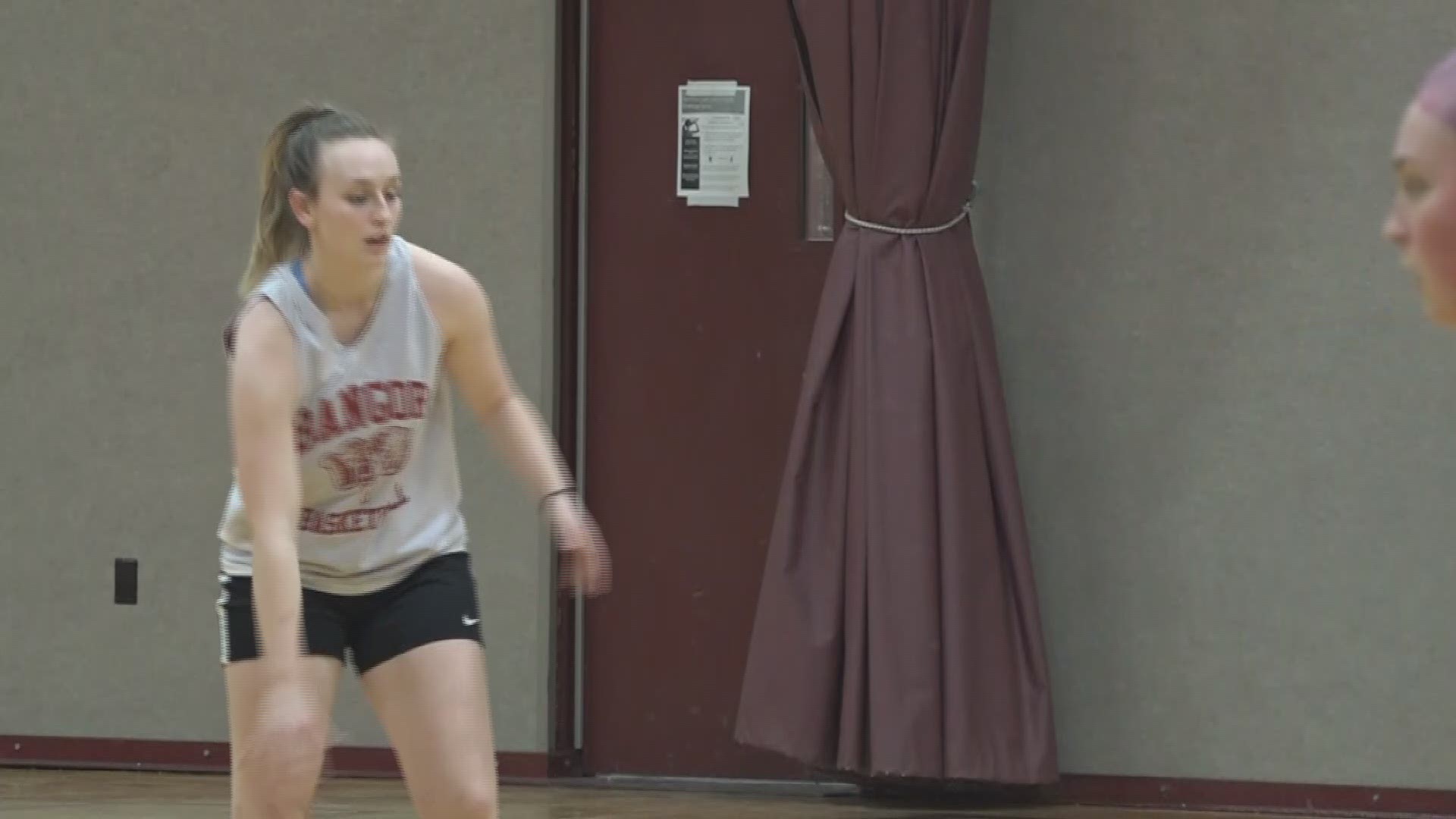 BANGOR, Maine — When Rowan Andrews arrived at Bangor High School, she wanted to learn something that's tough to get from books.

"Coming in my Freshman year I was told JROTC was a place to develop leaders," says Rowan. "I learned so much about emergency first aid and how to develop as a leader and be a better citizen as a whole."

Four years later, Rowan is an executive officer in charge of more than 100 students. When it came time to organize the city's annual veteran's day parade, her battalion knew they could count on her to make it great.

"People trust her almost immediately when they meet her," says Lt. Colonel Darryl Lyon, Senior Army Leader at the high school. "She's been able to capitalize on that and build her leadership philosophy and style around that."

Her teammates trust her, too. Rowan is a three-sport athlete, excelling at soccer, softball and as captain of the basketball team. Off the court, she's into science, and – not surprisingly – she's blazing a trail in her school's STEM Academy. Her Smart Water Club tests water samples around the Bangor area and gives young girls a first hand look at careers in science and technology.

"We are able to incorporate middle school girls and elementary school girls and into different programs and really explore what STEM is and the opportunities they'll have available to them," says Rowan.

Rowan isn't afraid to lead the way for women in male dominated fields. Her hope is to attend the United States Naval Academy and eventually become an engineer.

"After NAVY I would really like to work on ships and different things like that," Rowan says.

She's setting sail on a career path filled with opportunity.

Congratulations to Rowan Andrews, the newest member of the Varsity Club!