How do you balance playing division one softball and studying to become a biomedical engineer? Senior Raegan Kelly of Berwick is about to find out. 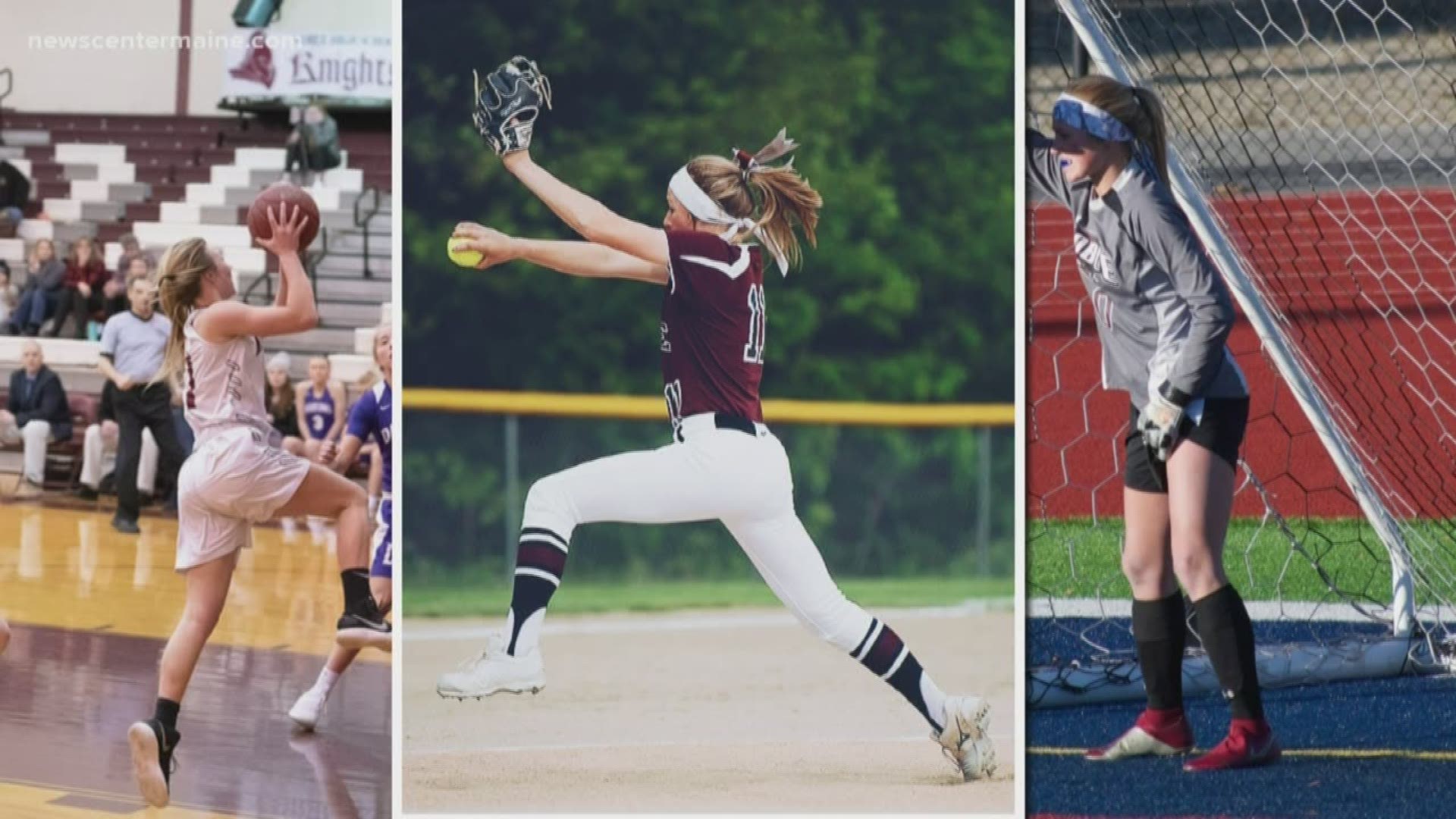 "I watch Varsity Club all the time, and I said, 'Raegan is one of them,'" says Noble varsity softball coach, Rick Melanson. "But she was only a freshman, and only a sophomore, and only a junior. Finally, her senior year, it's time."

Raegan is a three-sport athlete, starting on the varsity soccer, basketball and softball teams since she started high school. But as she's grown, Raegan's realized the diamond is her favorite place to be.

"Freshman year it was softball that really took over," says Raegan.

"I like to be supportive and positive and make everyone feel welcome," Raegan says. "I would say I am less of a verbal leader, and more a leader by example."

She's setting the tone on the field and in the classroom with a 4.0 GPA. Raegan's going to Boston University next year to play softball and study biomedical engineering in the hopes of one day creating prosthetics for those who need them.

"Within my family we had an illness, and it hurts to see people struggle. I would like to be someone who can help someone and their family and protect them from struggling," Raegan says.

No matter what gets thrown Raegan's way, she's ready to face it head on.

"I like to challenge myself," says Raegan. "My parents challenge me to be the best person that I can be."

She's always stepping up to the plate, and continually knocking it out of the park. Congratulations to Raegan Kelly, the newest member of the Varsity Club!