Maggie Whitmore gives her all to her team and her community. Our newest Varsity Club member plans to leave it all on the the court in the biggest game of her career. 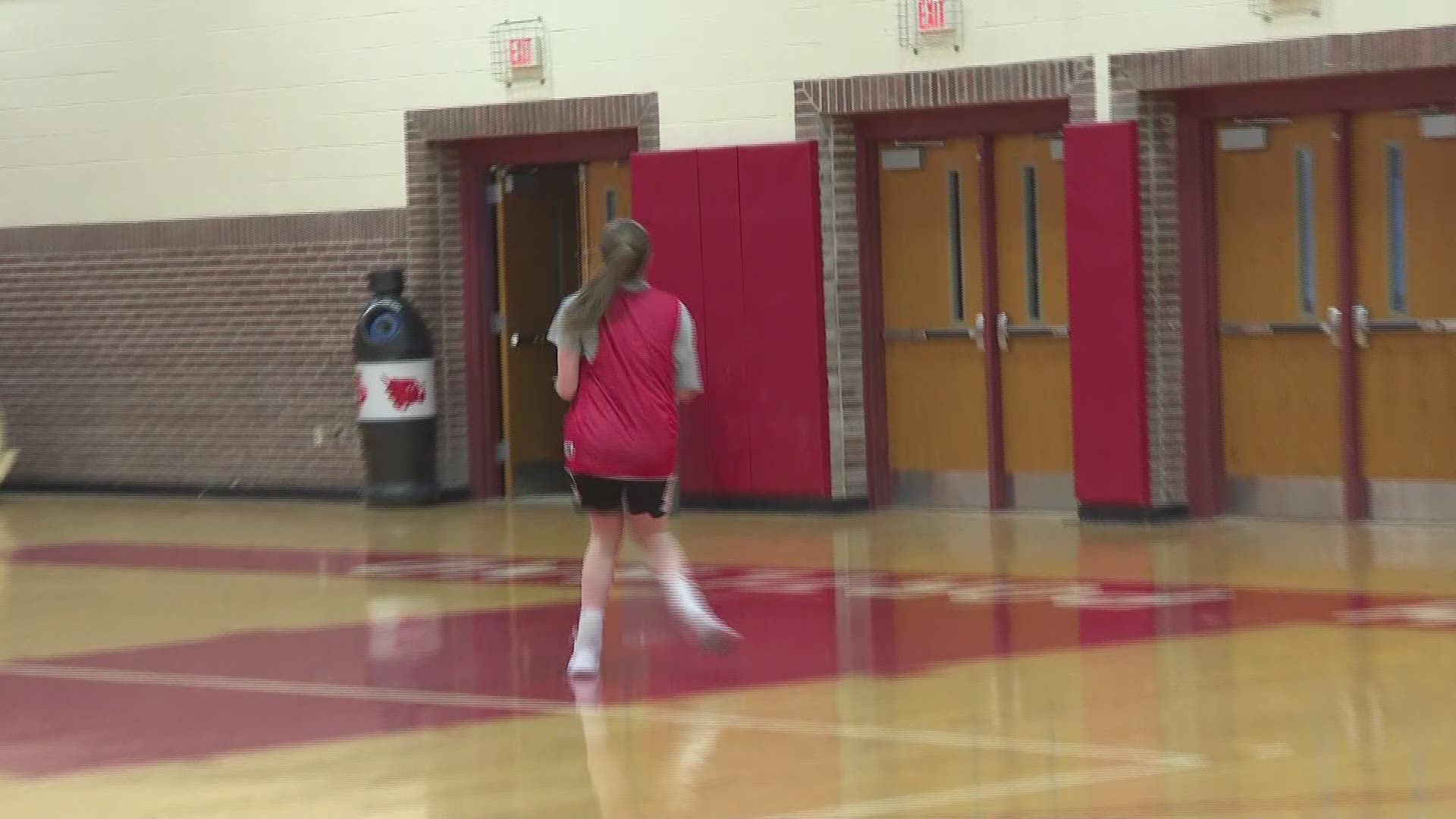 SOUTH PORTLAND, Maine — Maggie Whitmore has played in plenty of high school basketball tournament games, but she and the Red Riots always fell short of states... until this year. The girls from South Portland will hit the Cross Arena floor on Saturday to fight for their first state championship title in 34 years.

"As a little kid growing up in South Portland, you dream of cutting down the nets and twirling them around and just representing your community," Maggie says.

Maggie has always made her city proud. She's a life-long South Portland resident and comes from a big basketball family. Her coach, Lynne Hasson, has watched her grow into the hoop star she is today.

"I've known Maggie since the day she was born," says Coach Hassan. "I used to see her out in the front yard shooting at hoops for hours on end, so I know the amount of time she's put into being a great player."

Maggie's hard work has earned her a spot on the Bentley basketball team next fall. She's also a Miss Maine Basketball semifinalist and was named SMAA Player of the Year.

When she's not on the court, Maggie is getting it done in the classroom and the community. She's in the National Honors Society, she speaks to kids about staying off drugs and alcohol and she spends time volunteering in her younger sister's class to reinforce how important education is.

"Success in the classroom always comes first to me," says Maggie. "I know that I can't have success on the court if it doesn't come in the classroom first, so that's kind of something I always strive for."

Now, she's striving to put South Portland back on the top of the basketball pyramid -- not just for herself, but for those who came before and those who will come after.

"It's for all of us, not just this team," says Maggie. "We've had so many people reach out. They're like, 'Oh, we'll be there Saturday!'"

Win or lose, Maggie's positive impact will be felt in South Portland for a while.

Congratulations to Maggie Whitmore, the newest member of the Varsity Club!