Jared Kinsey has to deal with more adversity than most, but sports help him focus and thrive. 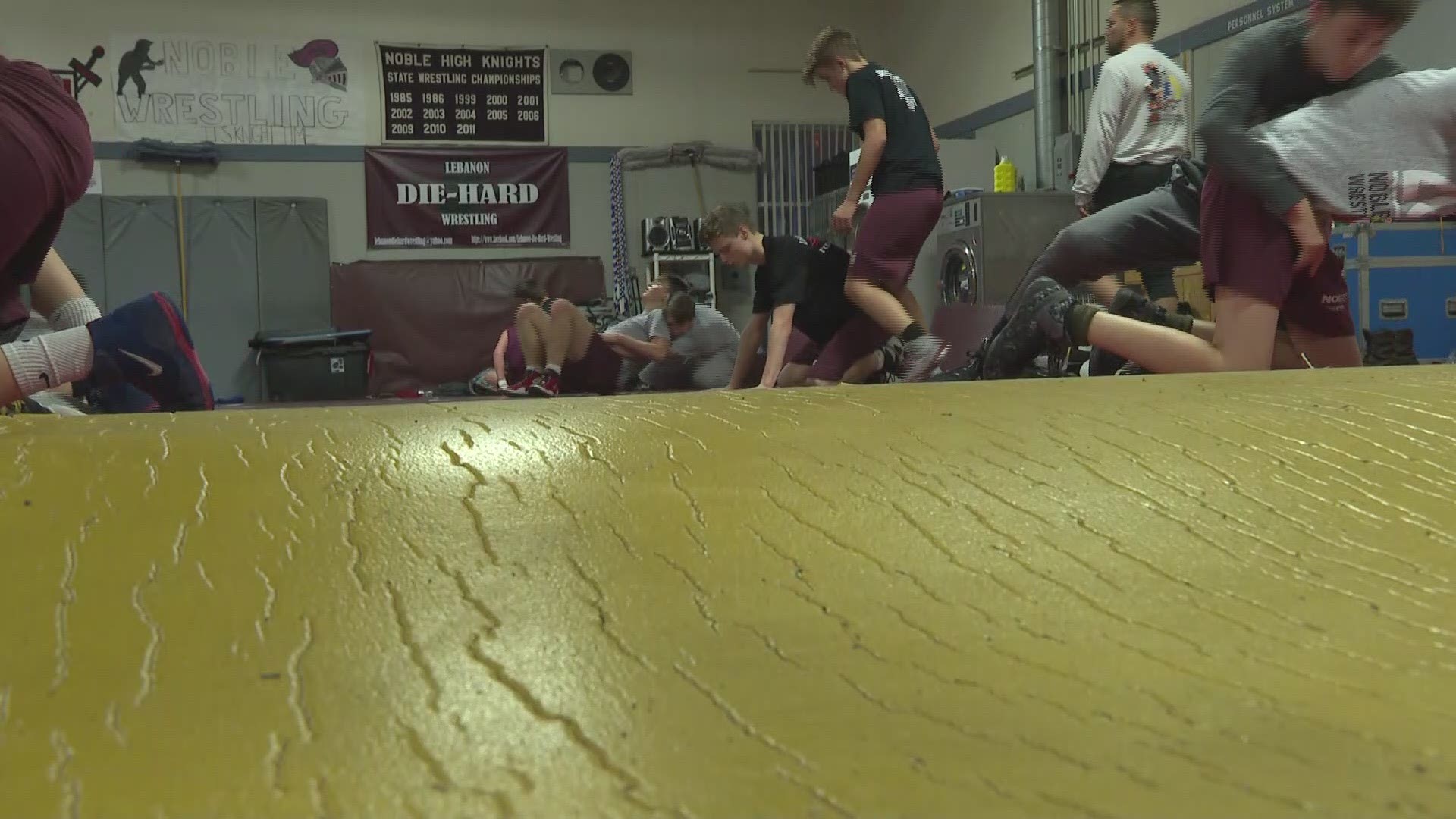 NORTH BERWICK, Maine — Jared Kinsey isn't going to let anything take him down.

"I just want to be that kid that succeeds," says Jared.

Doing so is harder for him than it is for others. Jared wrestles with Autism and ADHD. Each day brings a different struggle, but sports help to center him. When he hits the mat for Noble High School, he's not a kid with disabilities, he's a member of the team.

"We don't cut any corners with anybody and he's the same as anybody else. We always keep it that way," says Jared's wrestling coach Kevin Gray,

Jared plays three sports at Noble: wrestling, soccer and lacrosse. At practice, his coaches and teammates help him get in the zone.

"Once I get to the point where I can focus, I can put in a good day's work," Jared says.

That hard work has paid off big time. As a soccer goalie, Jared won Noble's MVP award and was the only person on his team to get an All-State honorable mention.

"We went into Westbrook and we had no reason to be in that game," says Sean Jackson, Jared's soccer coach. "We were up 2-0 at halftime. He had probably 16 saves in the first half. The coach came up to me after and said, 'Sean, I am telling you, that's one of the best keepers in the state. One of the best keepers I've faced yet.' So he [Jared] earned everything he got this year."

Jared also runs track in the Special Olympics. At the state games, he earned a gold medal by running a six-minute mile.

"It feels amazing, you know?" Jared says. "You get out there and do your job and everyone knows about it."

He wouldn't be where he is without the love and support of his family. When he's not playing sports, Jared works at Hussey Seating alongside his Dad, and hopes to keep working there after graduation. He's got big plans for his future. Jared says he'll never stop working hard to achieve all his goals.

"I just want to be that kid that will go for gold," says Jared.

Congratulations to Jared Kinsey, the newest member of the Varsity Club!