The 800 is a hard race, but Hannah Sanderson has found success in the event with a little help from her friends. The Belfast senior is speedy, smart and setting herself up to be a leader in the future. That's why she's our newest Varsity Club inductee. 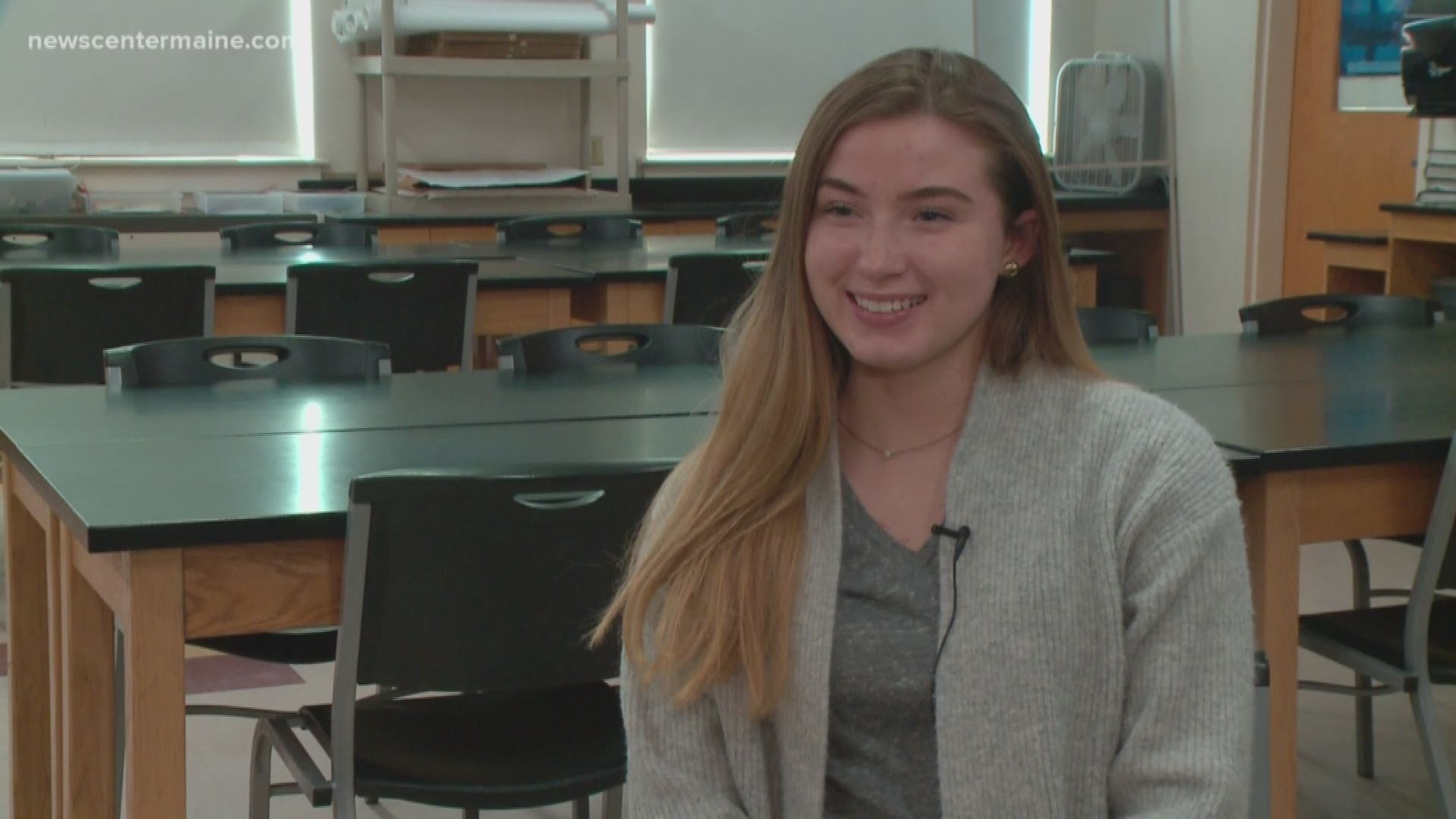 BELFAST, Maine — They say teamwork makes the dream work, and that couldn't be more true for Hannah Sanderson.

She's had a great run, especially considering she only started in the sport in eighth grade.

"Ever since freshman year, I've been on varsity and all-conference," says Sanderson. "We did really well in states and we went to New Englands which was really fun."

Hannah also plays field hockey in the fall. When her schedule isn't filled with sports, she fills it with other extra-curriculars. She volunteers alongside fellow students, and is learning how to be a better leader with the help of a former U.S. Senator.

"I'm in the Olympia Snow Women's leadership group. We get taught how to lead," says Sanderson. "We get to learn who we are as people, which is really cool."

According to her coaches, Hannah never takes the easy road. She challenges herself academically and physically.

"Being a distance runner in the state of Maine you know it's hard to get out when it's 20 degrees outside and the wind's blowing," says Dale Nealey, Hannah's track coach. "But she does it everyday."

Congratulations to Hannah Sanderson, the newest member of the Varsity Club!