As the High School basketball tournament rocks on, so too do the bands

Monday's slate of games featured action between Class D North Boys and Girls teams. The games brought energy to the crowd, but the bands sparked the electricity 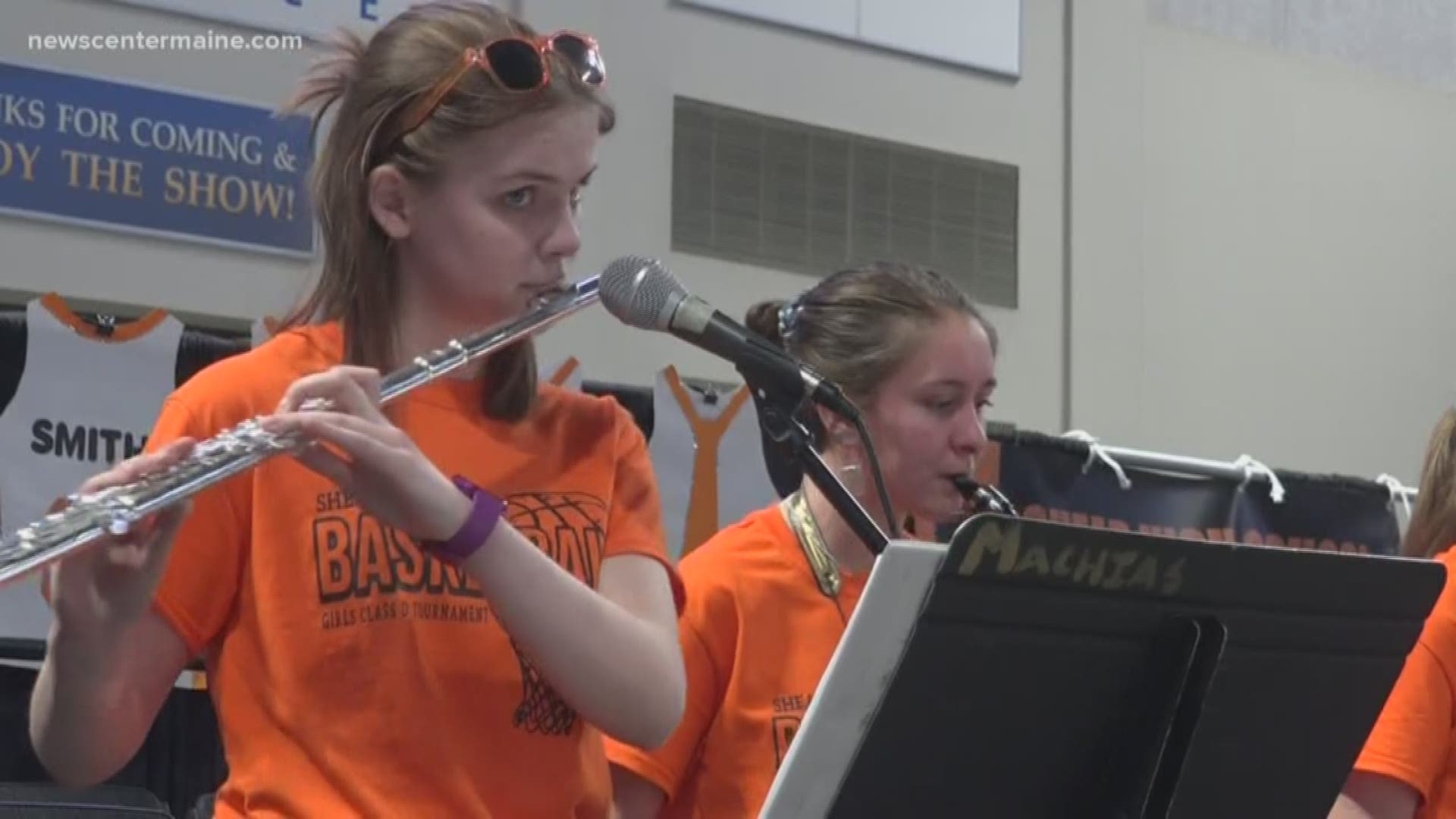 That phrase isn't common in the sports world but it's the universal key used by band directors to cue their musicians.

At the Cross Insurance Center in Bangor, school bands were rocking, rolling, and pumping up the arena all day long.

Monday's first game with bands was a boys matchup between Deer Isle-Stonington and Schenck. As the teams took the court, the bands sparked the crowd from off the floor.

“We’re not on the court but we feel like we’re part of the team," Schenck band director Jennifer Bissonnette said. "We love coming and supporting not only our team but riling up our community and fans.”

Across the baseline, the Deer-Isle Stonington band has a mixed bag of musicians.

RELATED: In Caribou, basketball is more than a game. As the Boys team's success grows, so do the expectations.

One of those 'jocks' found herself playing the saxophone Monday afternoon. But on Saturday, she played on the court. Katie Hutchinson is a senior captain on the girl's basketball team.

When she's not on the court she supports the boys.

“Once I hit middle level I was like wow band is actually kind of fun so I’ve stuck with both throughout high school," Hutchinson said.

Hutchinson is one of 20 band members. Impressive for a school that only has 120 students.

Most bands play the classic stadium hits, "Crazy Train", "Seven Nations Army", and "Eye of the Tiger". But the Shead High School band does it with a rock and roll twist.

“We have electric guitars, a full drum set, we mic up our woodwinds, we’re a rock and roll band," Robert Sanchez, the Band Director said.

The Shead girls advanced to the semi-finals so the electric guitars and drums will be back in Bangor for at least another round.

The players, teams, and games are the main attraction to the 2020 Maine Principals Invitational Basketball Tournament, but the bands are the ones pumping the energy.