In Caribou, basketball is more than a game. As the Boys team's success grows, so do the expectations.

The No. 1 seed Vikings took down Mount Desert Island 61-48 in the Class B North quarterfinals. Caribou plays Old Town in the semifinals Wednesday night. 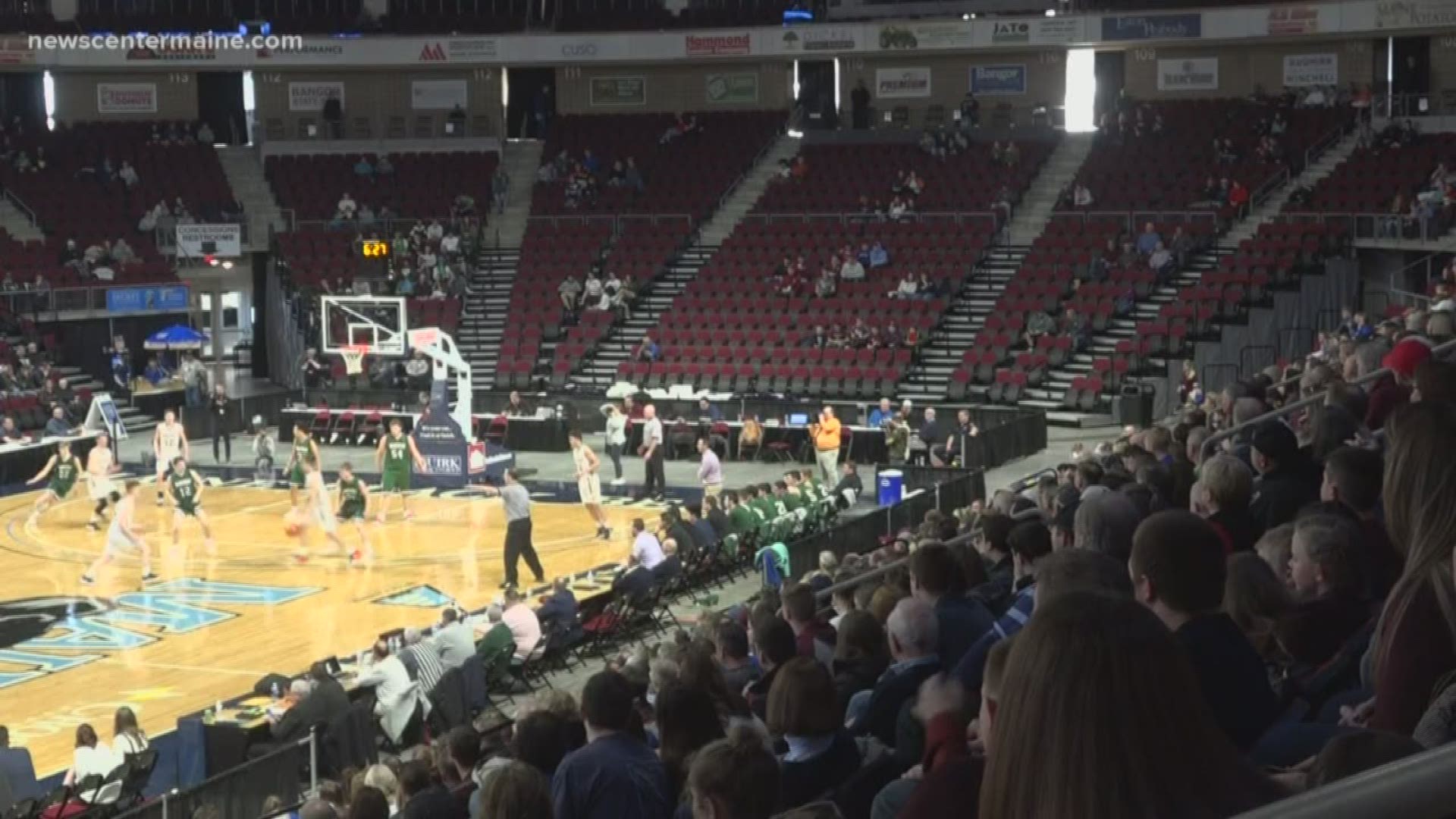 BANGOR, Maine — February vacation means a few things for Mainers. The first and most obvious, no school for a week. But, more importantly, it's tournament time.

Saturday was the first full day of games in the 2020 Maine Principals Association Invitational Basketball Tournament. The Boy's and Girl's from the Class B North divisions took the floor in the quarterfinal round.

The afternoon games featured some of the top teams in the Boy's Class B bracket. Hermon and Caribou were the #4 and #1 seeds respectively heading into the tournament.

Caribou is no stranger to the bright lights and big stage. Last year, the Vikings went all the way and took home the 2019 Class B State Championship, and they did so by flying under the radar.

But after bringing the Gold Ball back up to the County, the secret was out. Caribou is the team to beat in Class B.

This season the team's record proved that. A 14-1 regular season mark earned the Vikings the top seed in the playoffs. The first roadblock in the way for back to back state titles, Mount Desert Island.

After a close first half, the Vikings went on a run and pulled away for a 61-48 victory.

Even before the game started, Caribou fans were confident that their team wouldn't just win the quarterfinal matchup, but would win the whole tournament, again.

Caverhill has been to his fair share of basketball games. For 50 years he makes the three-hour drive from Caribou to Bangor for the tournament.

"I spend the week, I come down on Friday and go back home the following Sunday, so I'm here for nine or 10 days watching basketball," Caverhill added.

The close community only adds to the success on the court. Edie Shea is a junior at Caribou High School, she's just one of the dozens of students that came to cheer on their classmates.

"We have a really tight-knit community and everyone loves supporting each other and it's really fun to watch them play, they've been doing really well in the last few years and everyone enjoys coming to watch them," Shea said.

As most Caribou fans want another state championship, the team is focusing on one game at a time. Head Coach Kyle Corrigan says the team hasn't mentioned the words "State Championship" all season.

Although higher-ranked Caribou took care of business, the first quarterfinal game between Hermon and Old Town had an underdog come out victorious.

No. 12 Old Town was able to defeat No. 4 Hermon, which is great news for the Caribou Vikings. Hermon was the only team that beat Caribou in the regular season.

Caribou and Old Town will play in the Class B North Semifinal on Wednesday night at 8:30.