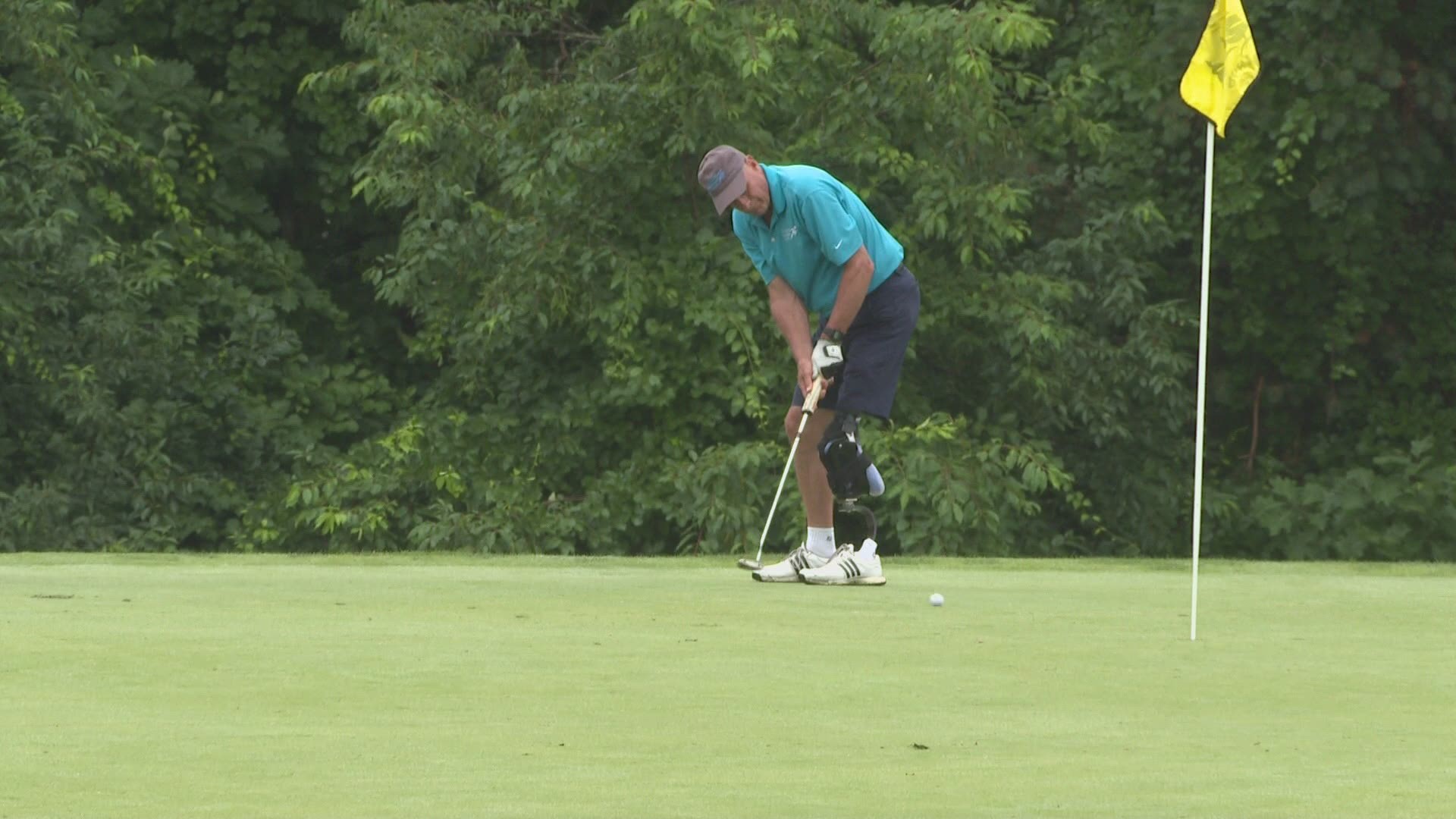 BRUNSWICK, Maine — It may not have been the best day for golf in Brunswick, but the Maine Amputee Open's field was determined to play well on the final day of the tournament Wednesday.

John LeMieux is the founder of the Amputee Association of Maine and said the event has a friendly atmosphere but every stroke was counted, and awards were handed out, so there is a competition component.

The Open, sponsored by Gorham Savings bank, is in its fifth year of play. This week's event was hosted at Brunswick Golf Club for the second consecutive year.

“We’re just happy to add another item of who we can offer golf to here," Director of golf AJ Kavanaugh said. “Obviously [it's] very inspirational to see these golfers out here shooting the scores they are.”

Keegan Kilroy of York played in similar golf tournaments around the country before signing up for this one played in Maine.

“[I'm] happy to have a tournament in my home state so I don’t have to fly anywhere," he said. “Normally, I’m Keegan the guy with muscular dystrophy on the golf course, but here I’m just one of the guys.”

"You got people with leg amputees. arm amputees, we have people here with cerebral palsy, muscular dystrophy, all walks of life here competing for a championship and it's great," he said.

While Kilroy has experience playing in similar events, Nicolai Calabria of Sommerville, Massachusetts, made his competitive golf debut this week.

“And I think that doing these types of events has really helped me come to own that part of myself in a bigger way because everyone here does," he added.

Calabria was born with one leg but has always been competitive and said he was looking for ways to play more golf. He added every shot at this tournament matters and you can't improve your lie like you would if you were playing with friends.

Some golfers did play for just the fun and the inviting atmosphere, but Douglass Shirakura came to win and he did. The incoming sophomore at Worcester Polytechnic Institute fired a 75 in his first round and followed it up by winning the entire tournament in a playoff on Wednesday.

Shirakura was born with a deformed right leg and has been using a prosthetic since an early age.

“Clearly that was the right decision, I’m playing great golf and mostly, I can do anything," he said. “I can go out there and beat any able-bodied person from the same yardages, the same pin positions, it doesn’t matter in golf.”

The New York native backed up his words as he had the lowest score over the two days out of anyone in the field, able-bodied or not.

In golf, there are no pictures on the scorecards so it doesn't matter how you swing or what it looks like when you do it. In this game, all that matters is getting the ball in the hole.

Shirikura was the overall winner of the tournament after shooting a 73 in his round Wednesday. He beat out Reggie Grant of Gorham in a one-hole playoff. LeMieux of Portland tied for third in the amputee division.