'I just enjoy the sport': 12-year-old qualifies for Maine Amateur

At 12 years old, Kellen Adickes will be playing against some of Maine's best golfers in the 100th Maine Amateur Championship Tuesday. 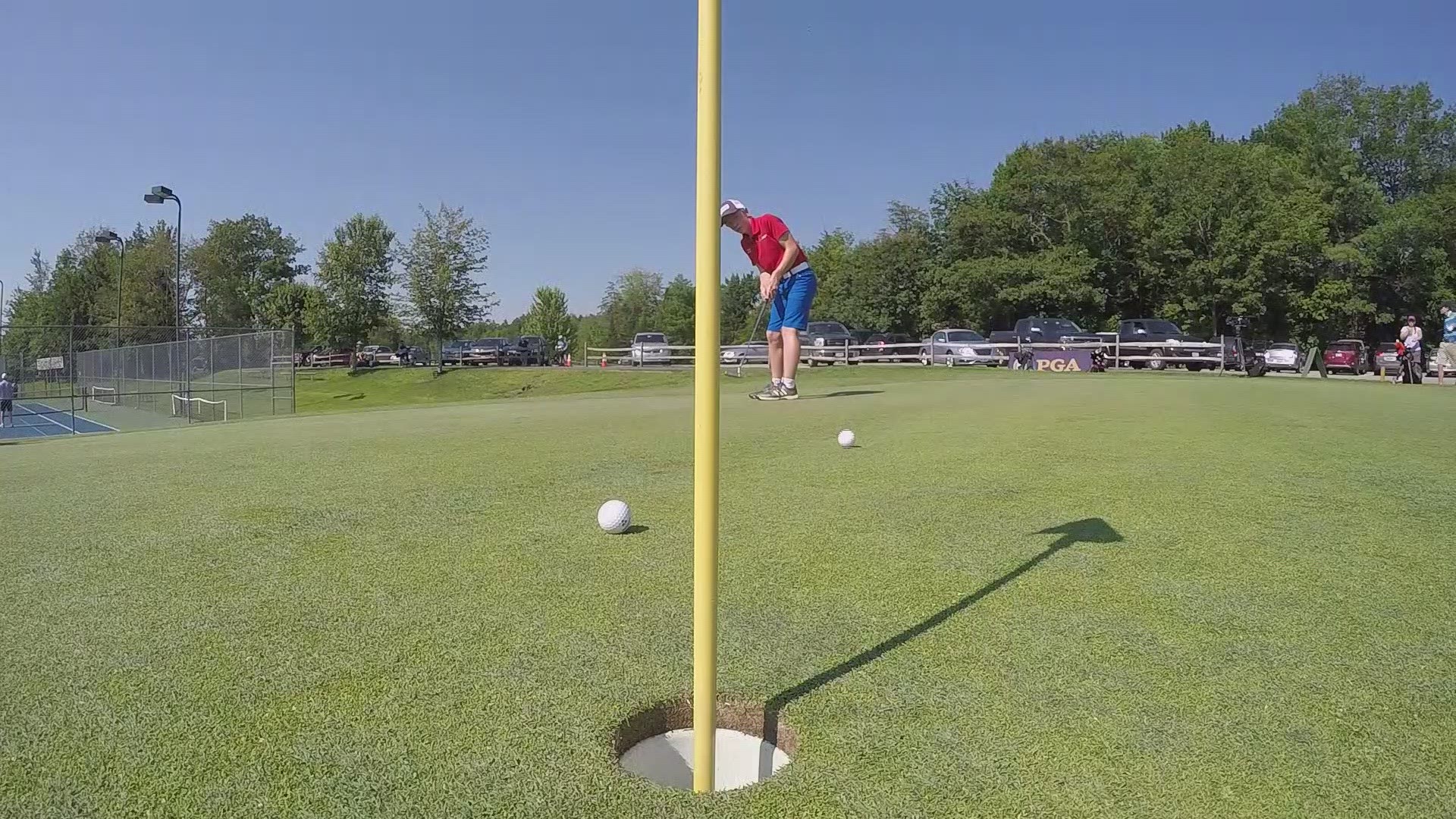 PORTLAND, Maine — Kellen Adickes will be tee off at Portland Country Club at 8:58 a.m. during Tuesday's 100th Maine Amateur Championship. He typically plays in tournaments with golfers his own age.

Adickes is 12 years old, but as a maturing amateur, he is no stranger to winning, but his goal this week is to make the cut.

"Make the top 40 so I don’t have to qualify again next year,” Adickes said while smiling. "I have a bunch of people expecting me to do good, so I am just going to go out there and execute my normal game. Stay in my own world, I guess you can call it.”

Adickes says his grandfather introduced him to the sport. He started practicing at 4 years old.

"I just want to thank my dad for helping me every way that he can, my grandfather... everyone who has helped me to get to where I am right now. I just thank them deeply.”

At 108 pounds, Adickes is a scratch handicap. He believes if he hits the right spots, he might be able to score a low round.

If you are interested in following Kellen or other competitors, scoring will be posted online for 100th Maine Amateur Championship.