Former PGA Commissioner Deane Beman will serve as honorary chairman of a tournament to benefit the Barbara Bush Children's Hospital. 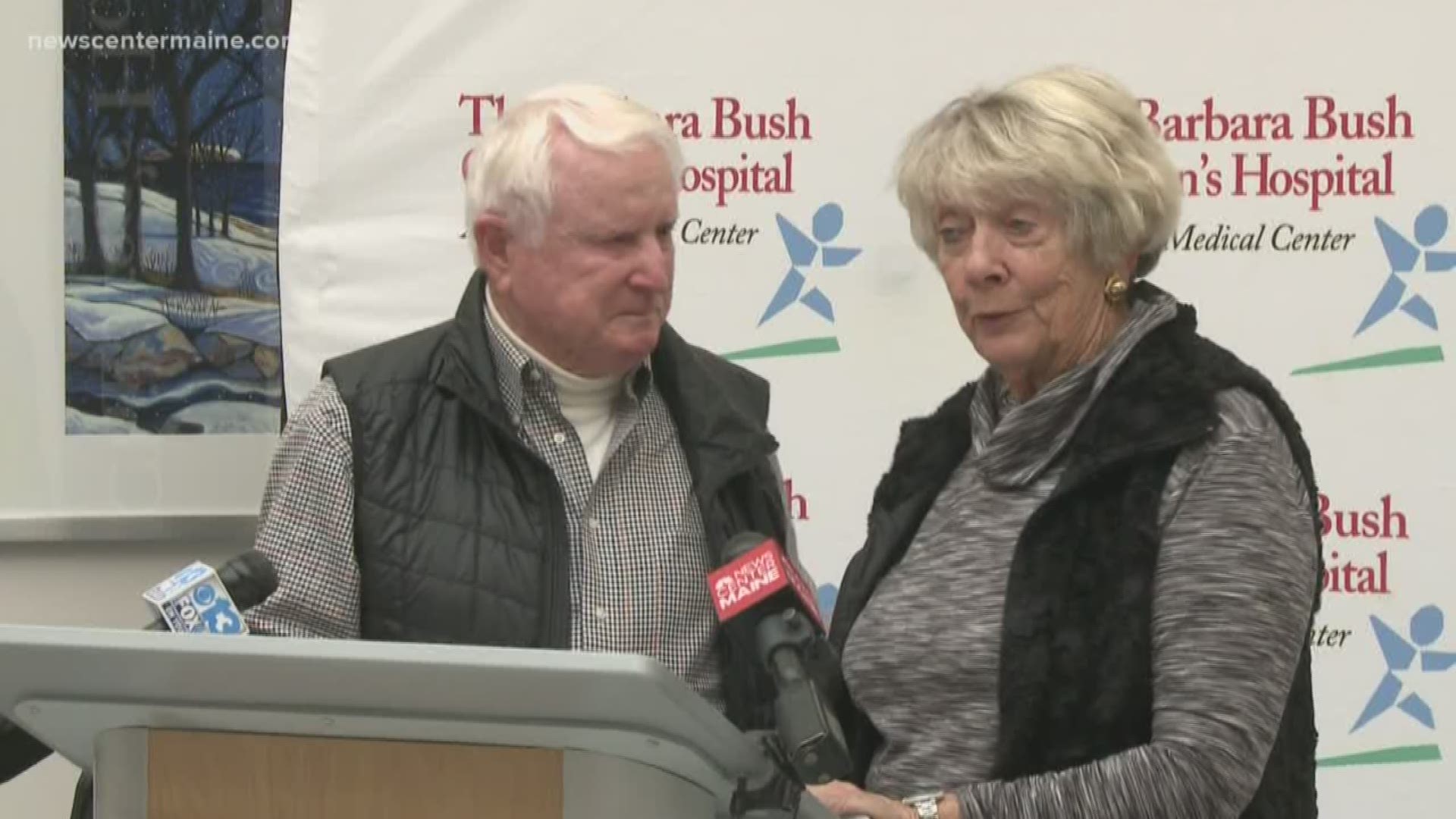 PORTLAND, Maine — Leave it to golfers to come to aid of kids who are going through a "rough" patch.

Barbara Bush Children's Hospital got the news on Wednesday, January 8, that it will be the beneficiary of the inaugural Live + Work in Maine Open. The tournament is part of the Korn Ferry Tour which consists of up-and-coming players with hopes of making the leap to the PGA.

Tournament organizers visited the hospital in Portland to make the announcement. Being there brought out an emotional reaction from Deane Beman. He is a four-time PGA TOUR winner and served as TOUR commissioner from 1974 to 1994.

In taking on the role of honorary chairman of the tournament, Beman revealed a personal connection to Maine's medical community. He choked up while talking about his daughter who was scheduled for surgery that day at Maine Medical Center. His wife briefly took the microphone and carried on the presentation while Beman found his voice.

"My wife, Judy, is the only one who ever led Barbara Bush around for anything," Beman joked. "She was always the leader." He cited the friendship between the Bush and Beman families as another reason he felt so strongly about giving back to the hospital that bears the former First Lady's name.

Tournament organizers set a goal of $100,000 for the hospital to be raised by ticket sales and other special events.

“BBCH cares for some of Maine’s sickest children and newborns," said Maine Medical Center President Jeff Sanders, "and this gift will help us enhance the care they receive in our family-centered healing environment.”

The Live + Work in Maine Open will tee off in the week beginning on June 8 at the Falmouth Country Club. A field of 156 players will compete for a $600,000 purse and a five-year agreement extending through 2024 means this year's tournament is only the beginning.