Four bills were introduced Friday to the Committee on Veterans and Legal Affairs that would legalize and regulate sports betting in Maine. 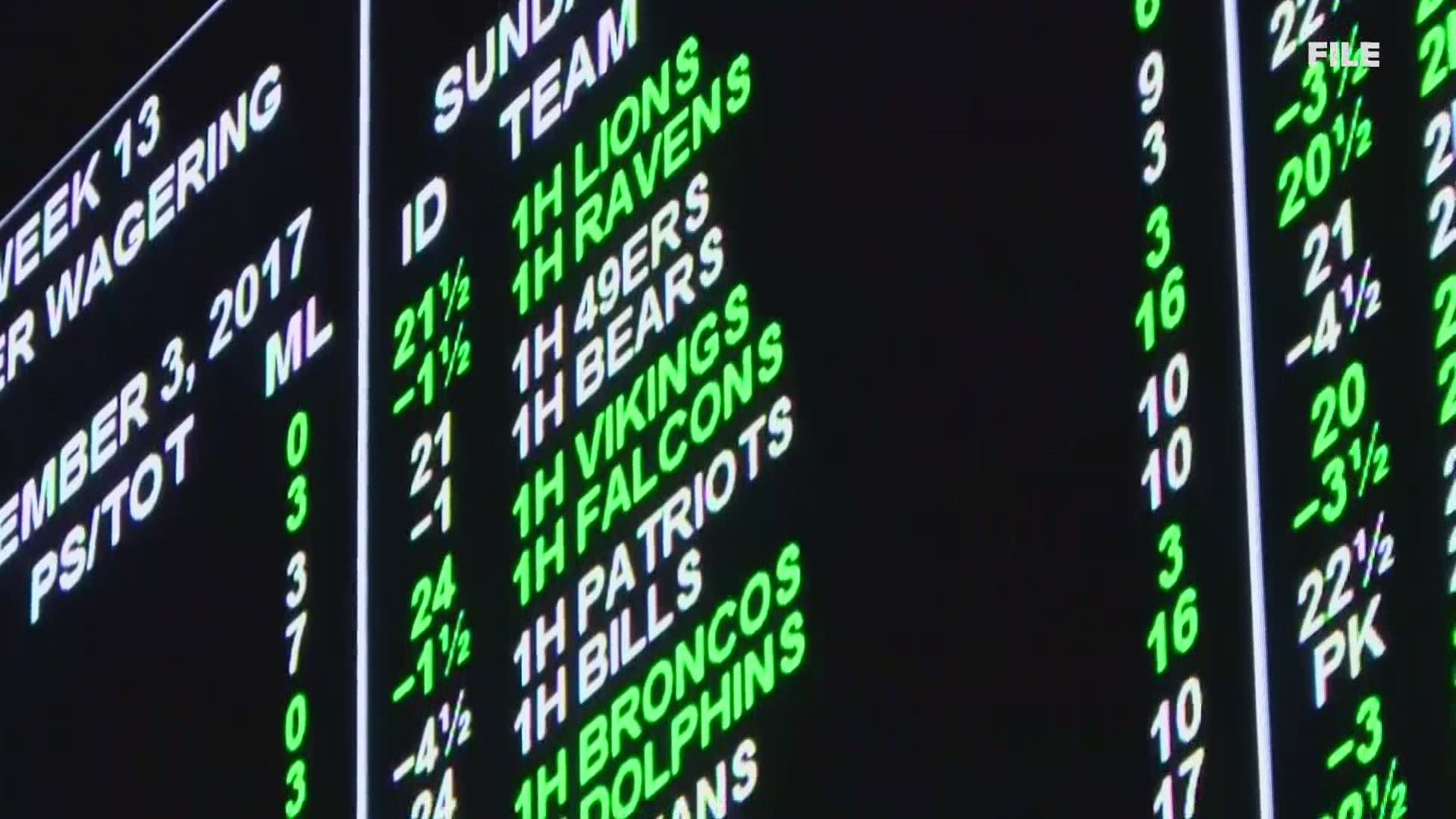 AUGUSTA, Maine — Maine football fans should know the game isn't over until it's over. And like the New England Patriots in Super Bowl LI, some legislators are hoping to have a second-half comeback of their own.

Last year, a bill to legalize sports betting made it to the desk of Maine's Governor Janet Mills where it was vetoed.

“Sports betting can’t be marketed towards kids. That was a big issue for the Governor and rightfully so," State Senator Louis Luchini (D-Hancock) said.

Luchini sponsored that bill last year and reintroduced a similar document Friday to the Committee on Veterans and Legal Affairs. He said the new bill was reworked to address the concerns of the Governor like marketing to children and punishments for illegal sites or gambling rings, but the language is nearly the same.

“That’s most likely what’s going to happen this session, I hope. I hope the committee is open to working together to try to find a compromise that’ll work," he added.

One reason for supporting the legalization of sports betting in Maine became clear during Friday's public hearing, tax revenue. Although Luchini said it won't be a major generator for the state.

“I think sports betting could generate some revenue for the state of Maine. It’s not going to be a huge revenue generator.”

“We have to embrace this now because it’s just what it is, it’s the future of sports," Roche said. “Revenue is going out of the state.”

Roche and other legislators echoed the same message. Mainers are still betting on sports. They're either driving to neighboring New Hampshire, which legalized sports betting in January 2020 or placing bets on mobile, off-shore, accounts.

None of that money stays in Maine.

“New Englanders want to bet on sports," Chair of the Maine Gambling Control Unit Steve Silver said during his committee testimony. “Sports bettors have waged $459 million in New Hampshire, that’s resulted in $15.5 million in tax revenue for the state.”

He went on to add both New Hampshire and Rhode Island took in almost $ 2million in tax revenue last month alone.

But, as he said, the issue of the day is tethering or untethering.

“My bill uses an untethered model so it’s more of a free-market competitive style," Luchini said. “My priority is not to help the casinos make more money, it’s to help the Maine bettors to have the best options that they can.”

A tethered scenario would allow mobile sites to set up shop in Maine if they follow all the proper licensing requirements and guidelines. The free market, Luchini added, would give better odds to the bettors.

An untethered scenario is what many states with legal sports betting have already established according to Jeff Morris, Vice President of Public Affairs and Government Relations for Penn National Gaming (Penn), the parent company that owns Hollywood Casino Hotel & Raceway in Bangor.

“Allowing an unlimited number of licensees in Maine, many without an extensive framework of security could result in significant regulatory burden for the state and fraudulent activity or predatory practices," he added.

With the untethered model, mobile sites could only come to Maine if they partner with a business that has a physical location in Maine.

Morris brought up the example of his company's accusation of Barstool Sports. Barstool recently launched a sportsbook mobile app with Penn and it's used at nearly half of Penn's physical casinos or racetracks.

Hollywood, and Oxford Casino, owned by Churchill Downs, could also open up sportsbooks on their property if betting is legalized. Other Off-Track Betting sites in Maine could also collect bets on site.

The physical locations would give those businesses a tax break as the current bills state Maine would collect 10 percent of revenue from brick and motor shops and 16 percent from mobile sites. Morris, in his testimony, asked for the taxes to drop to 7.5 percent and 10 percent respectfully.

Admittedly, not a gambler, Roche has come around on sports betting as professional sports leagues embrace it as more states legalize betting.

He said within a day or so of submitting his bill, he was contacted by someone from the National Football League (NFL). On Thursday, NFL Commissioner Roger Goodell mentioned sports gambling is helping grow the game. NFL Vice President of Public Policy and Government Affairs Jonathan Nabavi gave testimony in Friday's committee hearing.

Roche said the NFL's, and professional sports leagues in general, want to regulate and monitor the wagers. Nabavi said the NFL doesn't want to see any bettors place money on an injury or on a bet that someone can manipulate in their favor.

It was stated repeatedly Friday that the state could use an extra revenue bump each month from sports betting, and Roche said there are plenty of industries and people who need it.

“I’m open to any suggestion of where this money should go," he added.

“This bill would hopefully give equity to the tribes that they’ll be able to hopefully conduct a form of gaming here in the state of Maine," he said.

A spokesperson for Governor Mills' office told NEWS CENTER Maine, "we are reviewing the bills and expect to offer testimony."

Like any football comeback, these legislators need momentum. They will look to build on it during committee working sessions as supporters of this bill once again attempt to cross the goal line and legalize sports betting.