From Bangor to the big leagues

Bangor High and UMaine grad Justin Courtney signed with the Los Angeles Angels over the weekend. 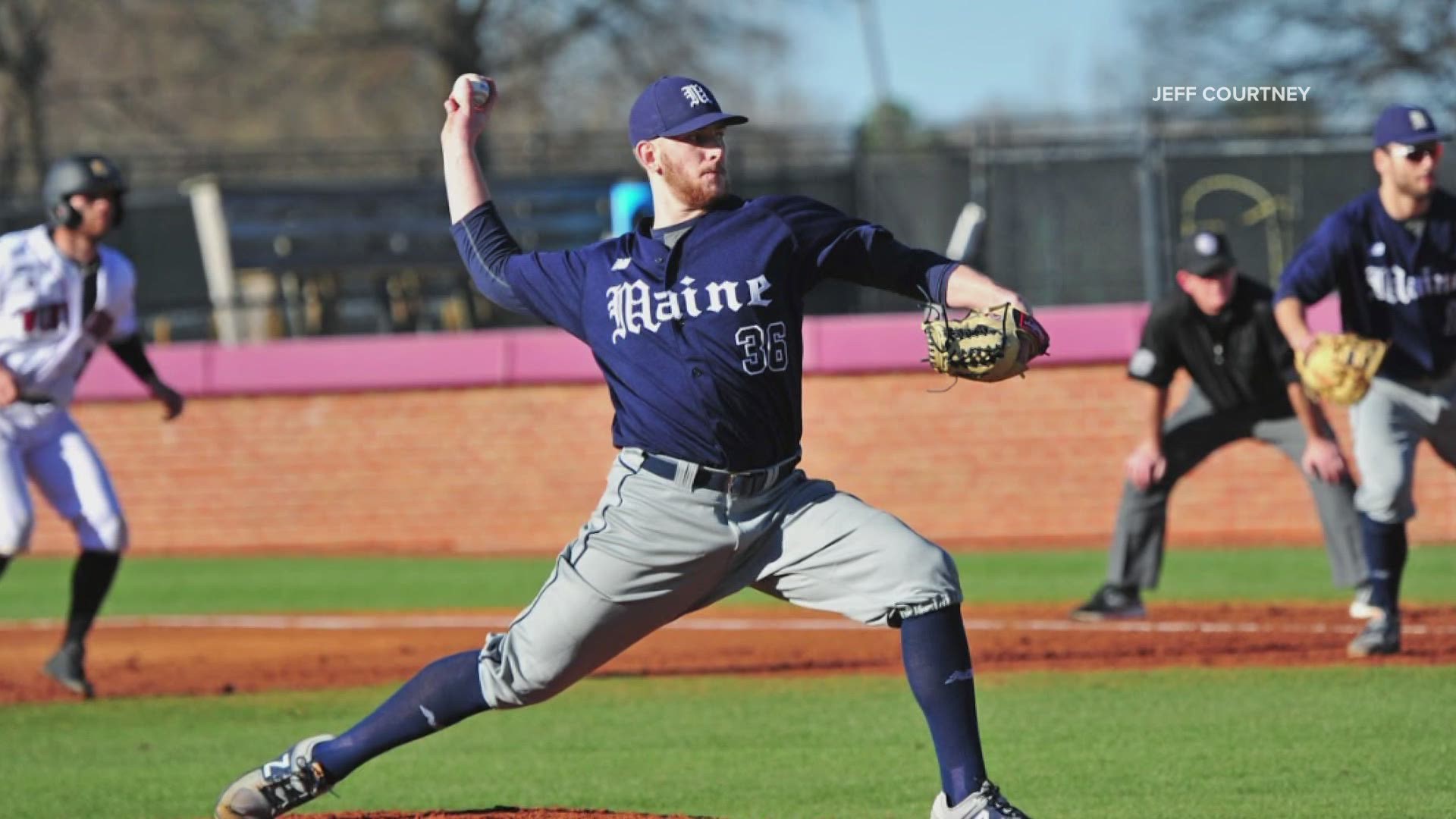 BANGOR, Maine — The Los Angeles Angels have a new pitcher, and he's a member of Bangor High School's class of 2014 and a University of Maine graduate.

Justin Courtney signed with the major league team over the weekend. He said he's been working hard throughout the pandemic and working with elite coaches, including Tom Brady's throwing coach.

In his final year at UMaine, he underwent Tommy John's surgery but that wasn't going to stop him from making it to the big leagues someday.

It's been three years since Courtney finished playing in Orono and he has thrown in front of quite a few major league teams, but COVID-19 put playing on hold for a bit.

"Half of me like this stinks I want to play, then the other half was like this is good, I can really train and come back new when everything opens up," he said of his experience.

He added that it was worth the wait so he could spend that time improving.

It’s been a long time coming. Now the work begins with the @Angels organization! pic.twitter.com/7OXSuQIxmM

Courtney added that the support from the Bangor community has been incredible.

"I mean I probably didn't stop smiling the whole weekend after hearing from so many people and the whole entire community it feels like reached out and had so many good things to say," he said.

On Wednesday, Courtney will go to the Angels facility in Anaheim for his physical and he will participate in spring training with the team in Arizona before finding out which of the Angel's four farm teams he'll get to play on.