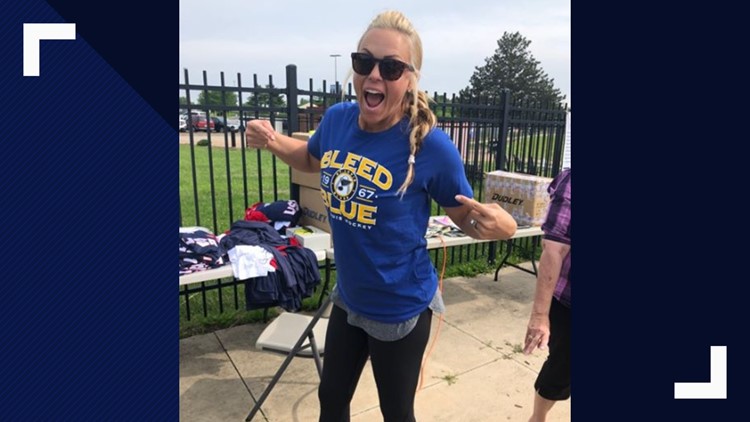 Former USA Olympic Softball player might be a Blues fan

We always love to see former professional athletes giving back to the youth community to try to help them achieve their dreams.

But one of the best things about her clinic in St. Louis… Finch decided to rock a Blues shirt when she arrived.

And from the pictures, she secretly might be a die-hard Blues fan.

Finch is putting on a two-day softball clinic with her two former USA teammates Crystl Bustos and Tori Arnold.

The camp will be held Tuesday, June 4 and Wednesday, June 5 at Parkway West High School.

Finch played collegiate ball at the University of Arizona where she set several records in single games beginning with a new NCAA record, by winning her 51st consecutive game.

After college, she was a part of the USA Olympic Softball Team in 2004 and 2008 and continued her pitching career with the National Pro Fastptich softball league (NPF).

She received a lot of recognition and awards from ESPN along the way.

While it’s very admirable to educate young athletes that hope to follow her path, we also admire her for 'Bleeding Blue.'

Opinion | Keuchel and Kimbrel for the Cardinals? No longer a good bet