'It was their moment to shine', high school football parents stunned at the decision to not allow tackle football this fall

Ray Berthelette has been a part of the MCI football team since his oldest son Nolan passed away six years ago. His youngest son Nason is a senior on the team. 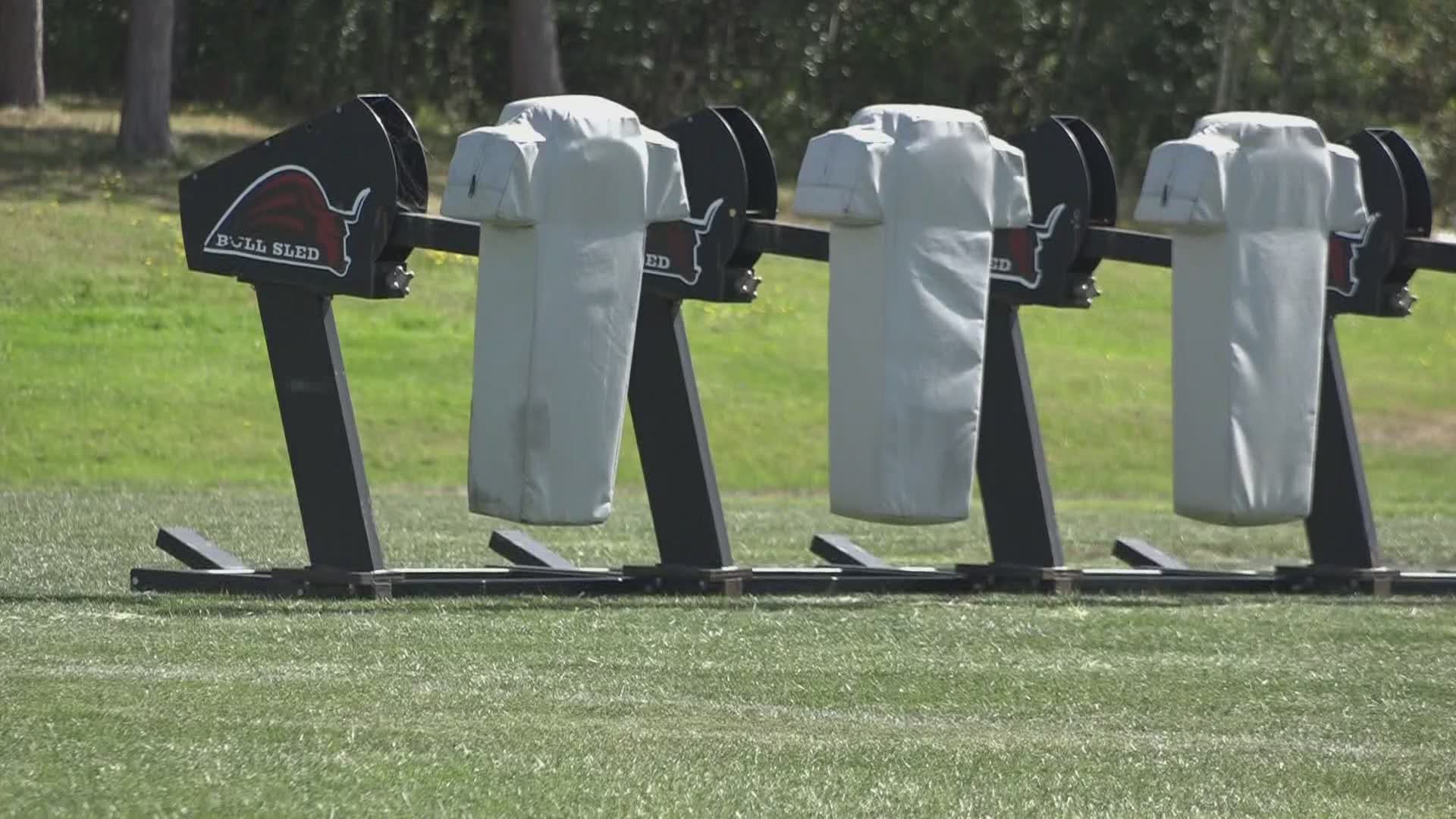 PITTSFIELD, Maine — Last week's high school sports announcement is still hard to swallow for many around the state.

After weeks of waiting and hoping, hundreds of student-athletes were relieved to hear the news they could play in some fashion.

Hundreds more were devastated to find out they could not.

The new guidelines allow for field hockey and soccer to be played locally, with no post-season.

The biggest hit comes to tackle football and indoor volleyball, as both sports will not be allowed to play this fall. Volleyball will be postponed until spring 2021, and the future of tackle football in Maine remains unclear.

Yes, football is a game. But it's a game that means a lot more to many kids and parents. It can be an escape from reality as some student-athletes use games like football to forget about hardships in their life and for a few hours a day, they can forget about their troubles and focus on scoring touchdowns and making tackles.

For Ray Berthelette, his escape from reality was helping out with the Maine Central Institute's (MCI) football team.

For six years, Berthelette helped fix equipment, take stats, and even cheer kids up on the sidelines after a bad play or tough break. Year in and year out, Berthelette was there for dozens of memories, big wins, and even a few championships.

“To be there for their special moments, you know their senior night, their big games, championships, it was awesome just to be there with those kids," he said.

The bond between the Husky football team and the Berthelette family wasn't created from a life-long history with the local area. Ray is a Massachusetts native. Rather, the bond he has with this high school team was formed after an unthinkable tragedy.

“In 2014 my son Nolan passed away with a brain aneurism," Berthelette added. “(MCI) kind of took on our family as one of their own.”

Since then, Berthelette has been one with the football team and community. The biggest benefactor of this relationship was Ray's youngest son Nason.

“They kind of took him under their wing, and they acted like a big brother to him," Ray added.

Nason was in sixth grade at the time of his older brother's passing but was on the sidelines as a waterboy as his brother's friends and classmates competed for State Championships.

The team and community have honored Nolan's #13, the jersey Nason wears today.

When Nason was a freshman, MCI won the Class C State Championship game, and even though Nolan wasn't on the field with his classmates, the team benefitted from a few 'miracles.'

“[When the team needed something to happen] a lot of players just started putting up the number 13. They would hold that up in the huddle and it never failed after that-- boom-- something magical happened," Berthelette said.

For Ray, 2020 was the year he and his son Nason had been waiting for. This was supposed to be his senior season, a fitting end to their time spent on the Huskies' sidelines.

“It was their moment to shine, they’ve been playing together since third grade. To have that taken from my own kid, it’s beyond words," he added.

For MCI and many schools in Maine, the clock is ticking to find opponents for a modified 7 v. 7 touch football season, which is allowed by the new state guidelines.

While it's not ideal for these players, it allows student-athletes a chance to compete as the 'adults' figure out if a tackle season can be played sometime in 2021.

For Ray and the Berthelette family, it may look different, but ideally, in a few weeks lucky #13 will be catching passes in Pittsfield once again.