Every bar stool and booth at the Swinging Doors sports bar held an excited fan, and the room filled with cheers or sighs during each play of the game. 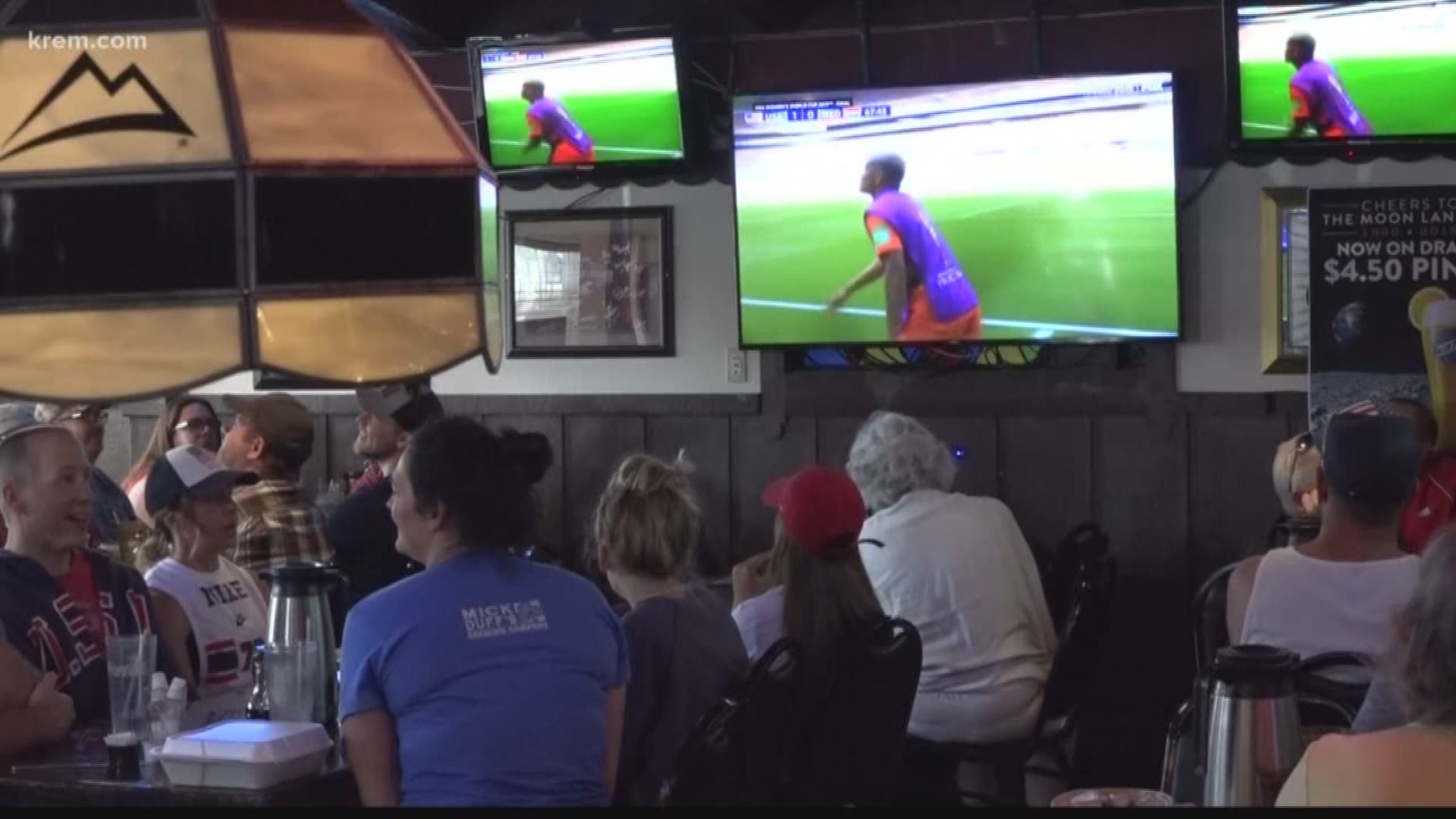 SPOKANE, Wash. – Though the action for Women’s World Cup final was in France, people packed out bars and restaurants in Spokane to watch the game.

Every bar stool and booth at the Swinging Doors sports bar held an excited fan and the room filled with cheers or sighs during each play of the game.

Managers at the bar said people had made reservations for tables starting at 7 a.m., an hour before the game started.

Many of those at the watch party were from Spokane, while others, like Cameron McCallum and his friends, were from western Washington.

McClallum and his friends were visiting Spokane from Seattle for the Fourth of July. He said they extended their trip to make sure they wouldn’t miss the game.

“I had to wake up early and pack up the car and drive up here, and it was cool to see so many excited folks out here,” McCallum said.

The turnout made for a lively experience, with people cheering as they ate their meals.

“I didn’t expect that many people (to be) here,” said Troy Warcozha, who was also at the watch party. “I was really happy to see a lot of people here.”

Once the game clock reached its last seconds, the viewers celebrated the US victory together.

“You just feel good and patriotic,” said Matthew Deerlove, who watched the game at Swinging doors with his friends. “Everybody was high-fiving each other and was just joining together, so we’re really glad that we got within a Spokane community to check the game out.”