Ryan Rogers lost his battle with brain cancer in April. His family and others are raising money to renovate the courts. 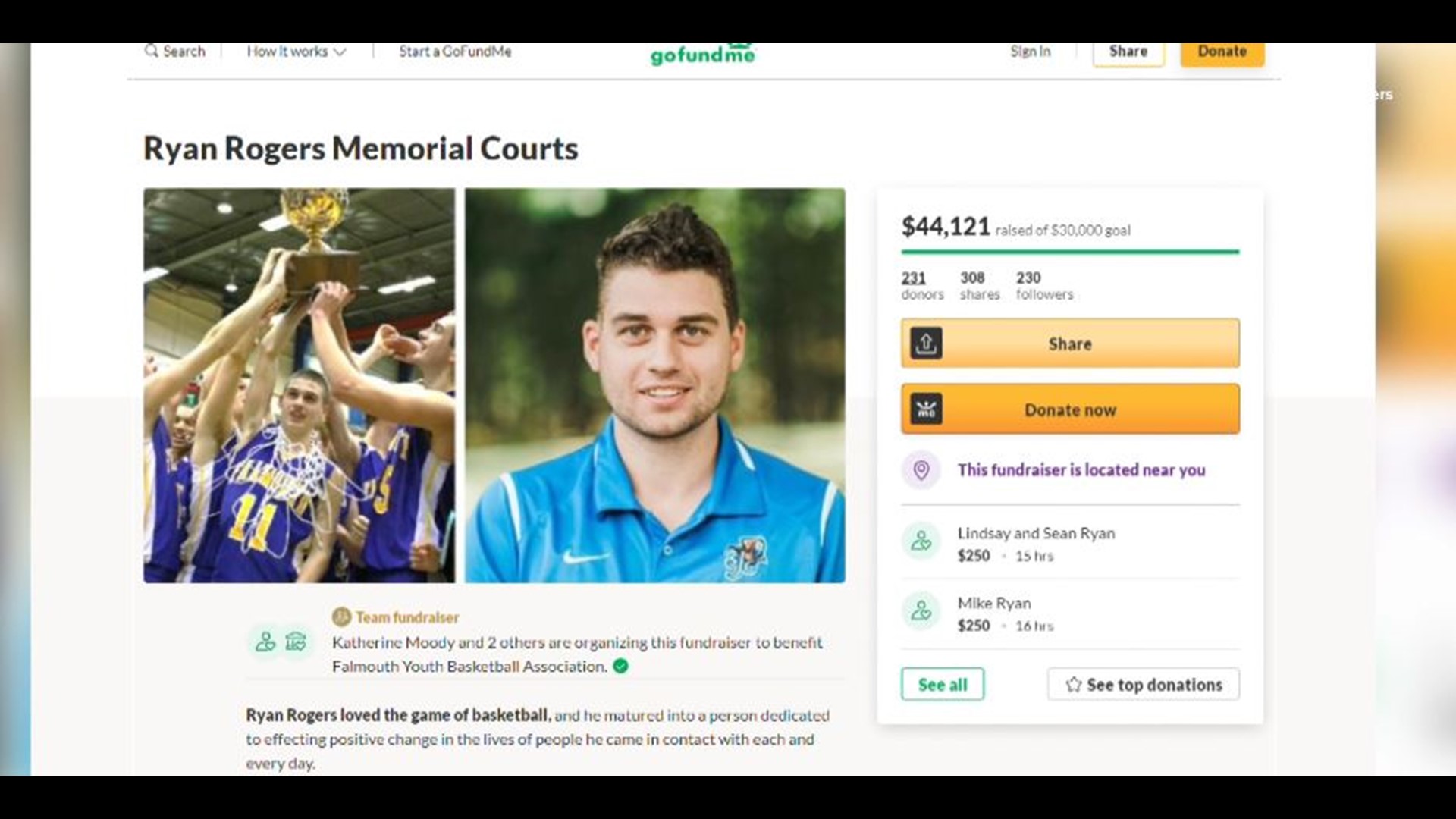 His dad Chris said Ryan was the co-captain of the Falmouth High School basketball team and went on to play in college. Because of his love and passion for the sport, the Falmouth Town Council approved naming the courts after him.

"This being a special place, the spirit of Ryan, it's a perfect blend for what's been on this property for hundreds of years," said Nathan Poore, Falmouth Town Manager.

Chris and the Falmouth Youth Basketball Association wanted to take his legacy a step further. They are raising money to renovate the courts, so the community can continue to enjoy.

A GoFundMe page has exceeded their goal. It has raised more than $44,000 which will pay for new paint and hoops and keep Ryan's spirit alive.

"This community, we're privileged to be a part of has blown the lid off every expectation we have had. The great work that he was doing, we committed to saying it doesn't have to end and it's not going to," Chris said.