Division 1 college hockey, including the University of Maine's season, will be delayed

On Thursday, the Hockey Commissioners Association announced all 11 Division 1 conferences will delay the start to their seasons due to COVID-19 concerns. 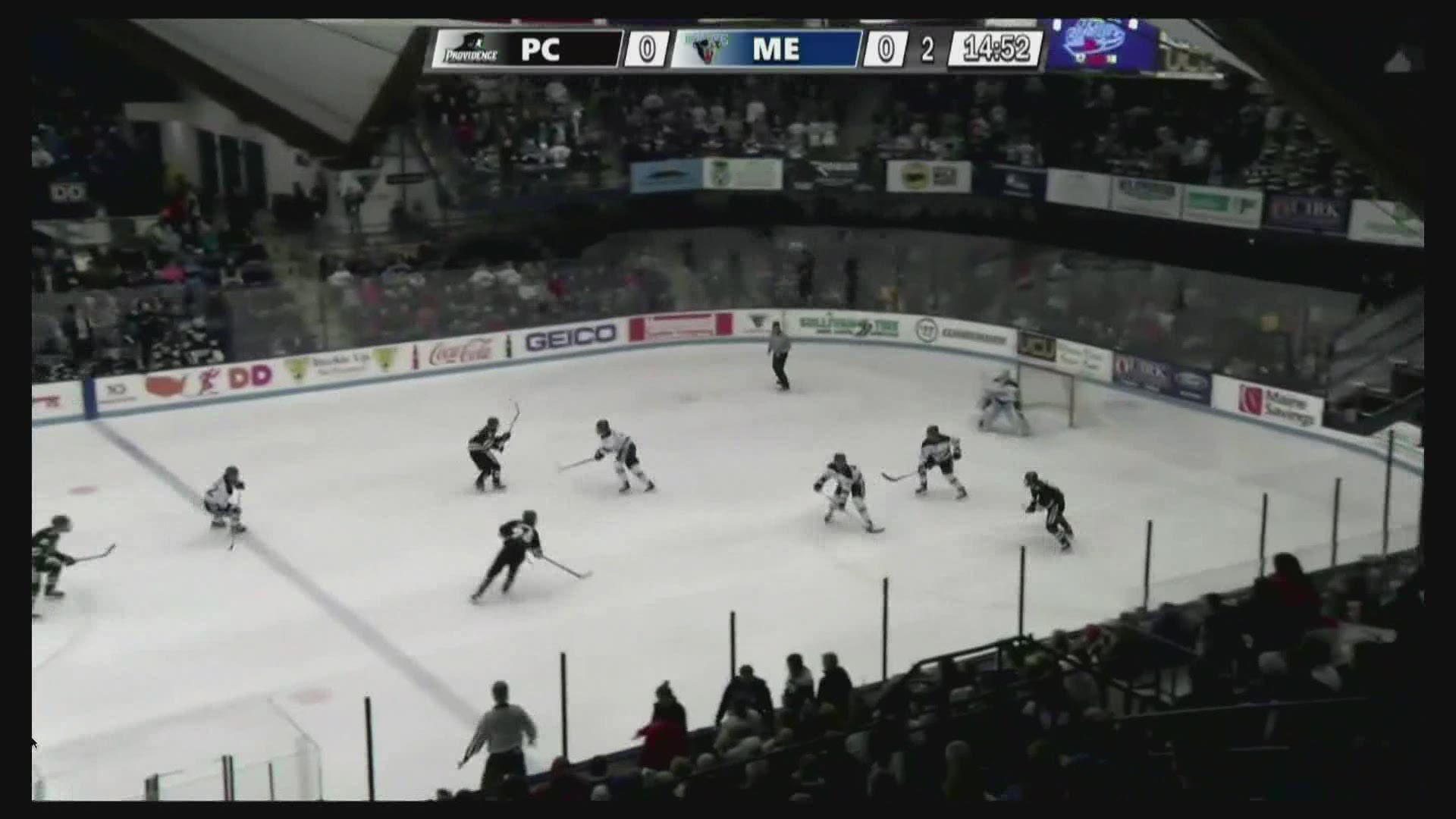 Last season had the potential to be a memorable year for the University of Maine Men's Ice Hockey team. The Black Bears were set to host the University of Connecticut in the Hockey East playoffs, having home-ice advantage in the quarterfinal round for the first time in eight years.

Just days before the best of three series in March, the NCAA canceled all winter and fall sports championships as COVID-19 was spreading to all corners of the country.

The UMaine team had a good shot at returning back to the NCAA Tournament last year, and now its chance to get back to the Frozen Four in 2020-21 will have to wait a little longer.

On Thursday, the Hockey Commissioners Association (HCA), the governing body of the 11 Division 1 men's and women's conferences, announced a delay to the upcoming season.

“The eleven Division I men’s and women’s ice hockey conferences, represented by the Hockey Commissioners Association (HCA), are committed to providing memorable experiences for our student-athletes during the upcoming season," it stated in a release.

"The conferences have been working together on plans to return to play with a focus on the health and safety of everyone associated within our campus communities. Due to the impact COVID-19 continues to have across the country and within higher education, the start of competition for the Division I college hockey season will be delayed. Each conference will announce plans for the season individually. We look forward to enjoying the college hockey experience this season.”

The college hockey season for the University of Maine and all other programs across the nation, will be delayed. https://t.co/elqn393dlK

In July, the league announced a plan to prioritize conference play in the 2020-21 season regular season.

"Specifically, the league plans to construct multiple balanced schedule models for both the men's and women's leagues for the 2020-21 season. These models will include added safety measures and allow for maximum scheduling flexibility," the July release stated.

There was no information given by the HCA's announcement as to when the season will be delayed until.

For now, opening night at the Alfond for the men's and women's Black Bear hockey teams is a big TBD.