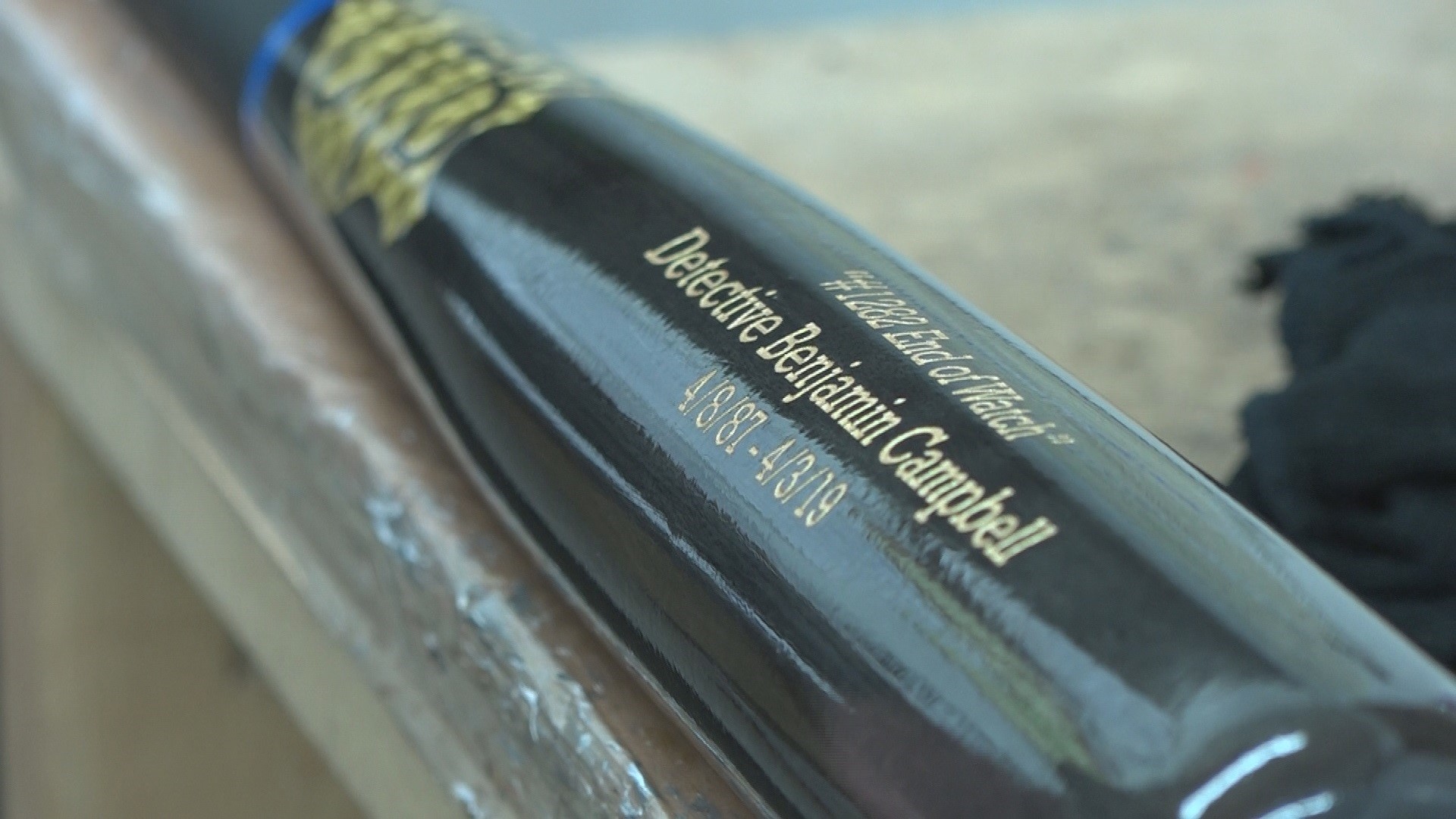 GLENBURN, Maine — Before Maine State Police Det. Benjamin Campbell became a trooper, he was a standout baseball player in high school and in college at Westfield State University in Massachusetts.

Campbell still holds the record for hits in a single season with 62 in his 2010 season. Now, after his tragic passing earlier this month, Campbell is being honored through the sport he loved most.

"Where he was a baseball guy, it was definitely fitting that we offer that up," said owner of Dove Tail Bats Paul Lancisi.

Dove Tail Bats is creating commemorative baseball bats, engraved to honor Campbell. The bats will be donated to fellow state troopers and other members of law enforcement that served along Campbell.

"We thought that we could give back to them by donating to the officers themselves," said Lancisi.

The bats, called "Thin Blue Line", aren't made to hit home runs in a game. In Glenburn, however, Campbell is being remembered by those that hope to round the bases, just like he did.

"Ben's baseball passion is something that we want to celebrate with her... for her," said Danielle Murzyn. She's referring to Campbell's wife, Hillary.

Murzyn is the president of Glenburn Little League Baseball. Opening day kicks off for the league on Sunday, April 28 -- but work has been underway to honor Campbell for weeks.

Murzyn and other members of Glenburn Little League organized a fundraiser for the Campbell family. They are selling t-shirts honoring Campbell, with all proceeds going to the family. There have already been more than 750 t-shirts ordered, which has helped raise more than $9,000.

"What better than children, who have his same passion, and use that to benefit him, his wife and his son," added Murzyn.

They may be small acts of kindness, but they are shirts and bats that will cherished for years to come.