On Jan. 1, they were dead last. On Feb. 11, they had won 6 in a row. How a band of misfit toys, including a journeyman coach and goaltender, created magic. 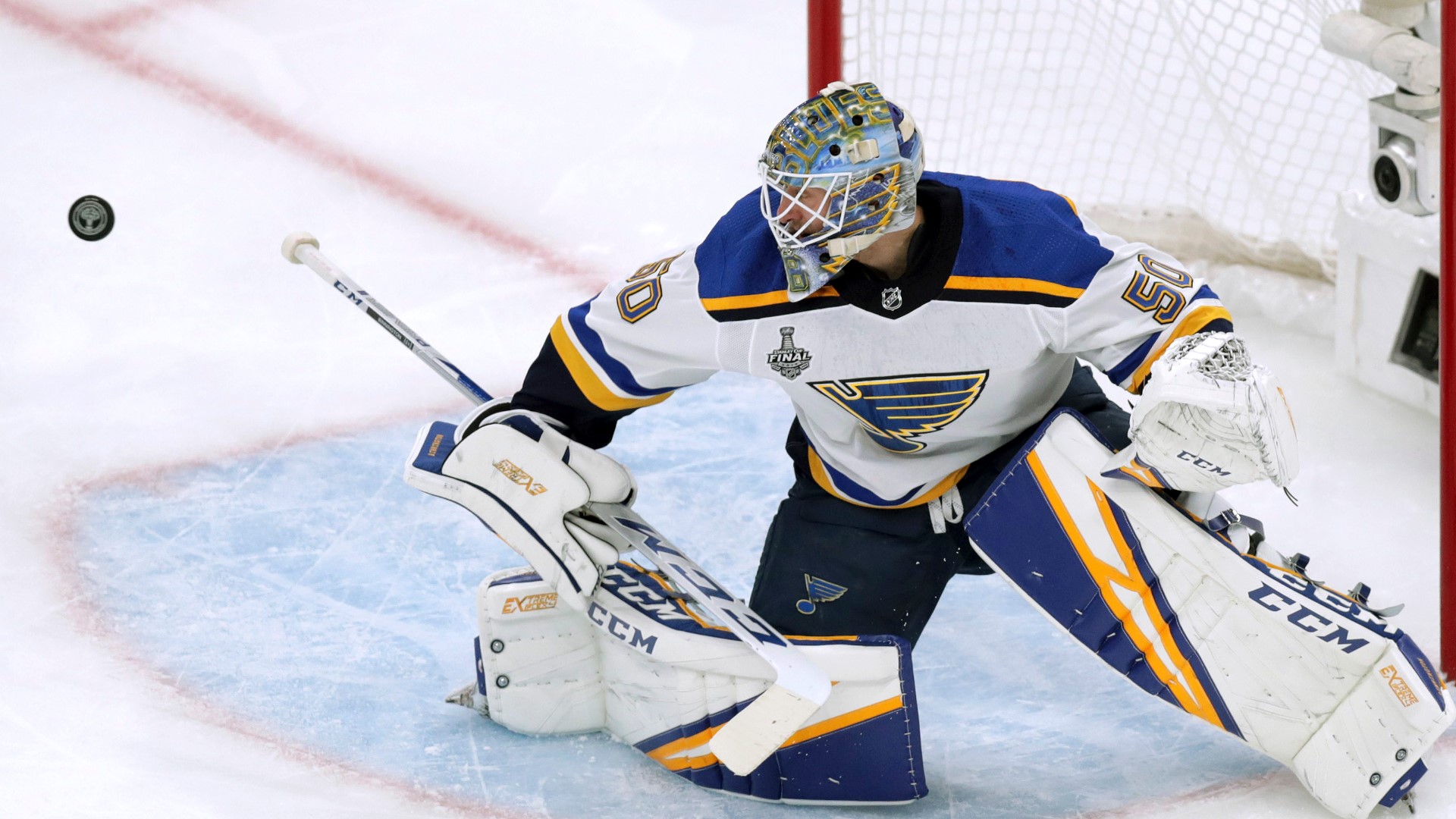 There I was, sitting in a hotel room in Lake Elsinore, California on Feb. 11, the morning after a sweep of the Nashville Predators in a home/away series.

The St. Louis Blues had won six games in a row a little over a month after being last in the NHL. Could they be putting something together, or was this a flash in the pan-type flurry of success?

Nearly four months later, the Blues have answered my question, sitting just a single win away from their first ever Stanley Cup championship. Surreal doesn't quite explain the feeling surging through my veins hours after the team silenced the TD Garden in Boston with a 2-1 win in Game 5.

The Blues are crafting a comeback story for the ages, one that Hollywood would even struggle to conjure up. A rise, fall, rise story that will probably never happen again. What you are seeing is something special, and also a revenge story.

The Blues are doing what no St. Louis team has done since the late 1960's: Beat a Boston sports team in a championship series. Who else thinks about the 2004 and 2013 World Series losses or the New England Patriots stealing the Super Bowl (literally?) from the Rams? I do.

The other end of that double-edged revenge sword is the effect on the local economy. When Stan Kroenke took the Rams to Los Angeles, one of the claims he made was that St. Louis wasn't a sports town. Baseball or nothing. Well, last night, that baseball town packed 17,500 fans into Enterprise Center to watch a game on a giant television.

How about improbable? The Blues fired their coach in November and changed goaltenders in January. Craig Berube started the year as an assistant, and Jordan Binnington was sitting in the minors behind another goaltender. Both are playing leading roles in this turnaround, with Berube churning out lineups and on-the-fly adjustments, and Binnington coming up big in net for the Blues on the brightest stage.

A team that was ready to release their hometown kid, Pat Maroon, in January amid a tough start. A team that was picked to go deep into the postseason, fell flat and stormed back. A team many fans and writers, including this guy, took off their Christmas list in December. Down and out to nearly atop the heap at the final buzzer.

I've been asked about the key story behind this amazing run, and the answer doesn't come easy. There's Charles Glenn, the soulful singer of the anthem, calling it quits after this season. There's franchise mainstay, a true rock in Bobby Plager. There's Laila Anderson, the young lady who overcame cancer and became a symbol of strength for this team. There's Laura Branigan's "Gloria," a song no one would have pegged for a team anthem back in September. Hey, it's better than that goal song.

Monday night, after that big Game 3 win, I stopped by OB. Clark's in Brentwood, where a number of Blues alumni and coaches had met up. Jon Hamm, Kelly Chase, Berube, Keith Tkachuk, and Plager were there. I went over to Plager and started talking to him. He said the Stanley Cup would be in St. Louis on Sunday no matter what. "We can't let it leave St. Louis," he said.

He's right. The Blues need to close this out on Sunday, creating another magical Game 6 in St. Louis. A storybook finish to a tale that seemed impossible just months ago.

When the last few seconds ticked off the clock last night, I thought back to that day in Lake Elsinore in February. I remember telling my dad about it, and how he was mildly amused at the streak. You see, back then, the old man was as into hockey as he was into a pizza with no toppings, which is not at all.

These days, he calls me after every game, where he gives me his breakdown, derived from his six weeks of hockey watching. We shout, scream, and share our favorite moments.

The truth is there are many great stories that have grown organically over the course of this thrilling run. Some you have heard, and many others you will soon hear about. That's the thing about sports and comeback stories: it brings people out of the woodwork, into the sport, and grasps their attention. It's how people fall in love with players, teams, and a sport. This is the formula.

With a comeback story for the ages, the Blues aren't just proving the National media, former owners, and all the critics wrong; they are creating generations of fans with each win. Young, middle-aged, or old. All of them are watching hockey now.

This time next week, St. Louis may have a huge party downtown. Four months ago, that seemed unreal. Now, it still comes off as surreal to me.

Game 6. Sunday night. Tune in for history. Plager will pace. Fans will shout. Refs will mess up. Goals will be scored. Emotions are drawn. All the while, St. Louis will be all about hockey.

Everyone loves a comeback tale.