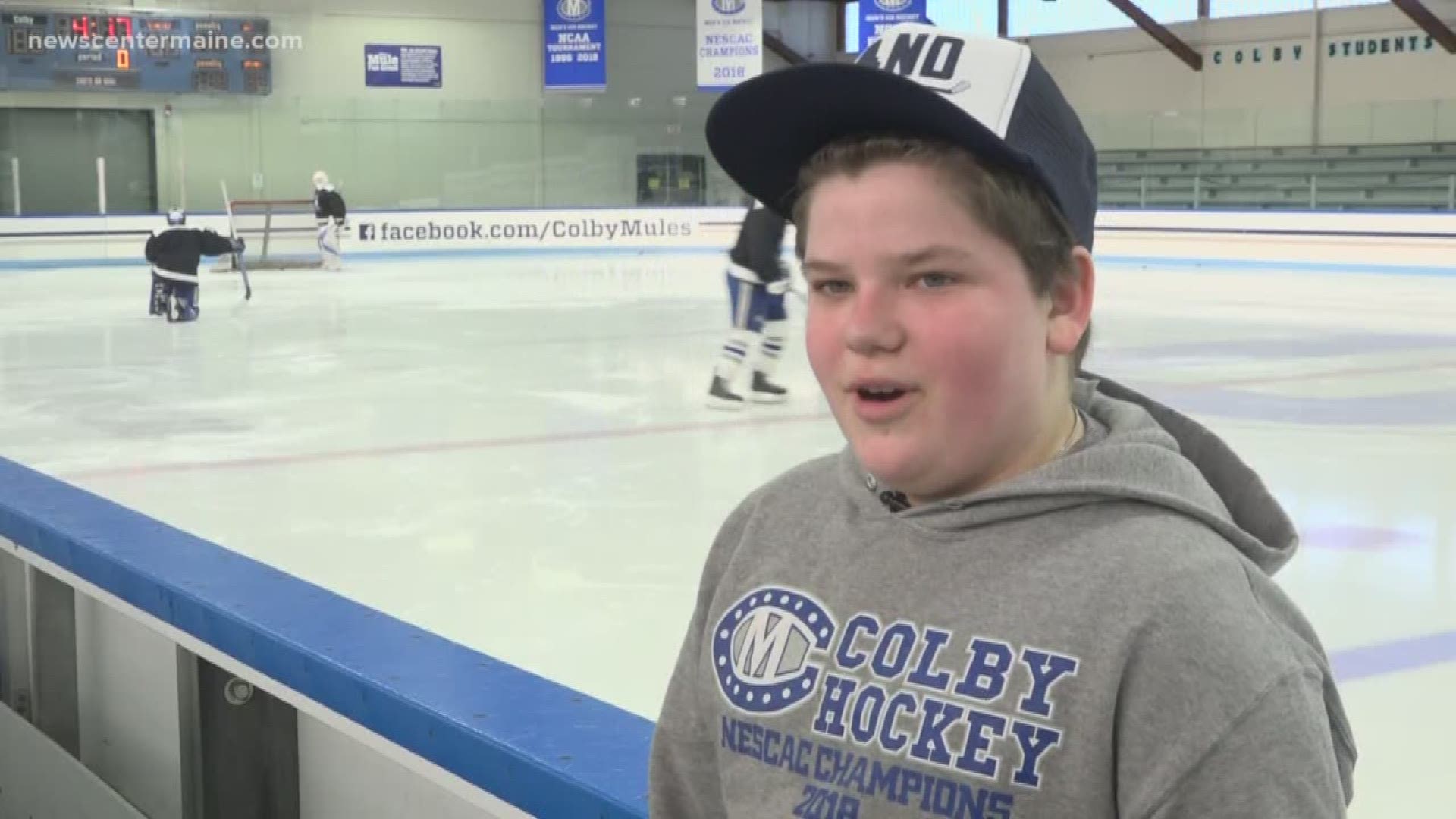 WATERVILLE, Maine — Team IMPACT is a national non-profit that connects children facing serious and chronic illnesses with college athletic teams. With the right match, it has the potential to create life-lasting bonds.

That kind of special match has certainly happened at Colby College in Waterville, Maine.

It was an instant connection between Konnor Gardner and the Colby College men's hockey team.

Konnor has been with the team for five years, and in that time he has become a key member of the team.

Colby College Co-Captain Nick O'Connor says, "He's pretty much just one of the guys. He has his own stall, his own jersey."

Konnor is a dedicated team member. He says "It's fun to come out and watch them."

His mother Renee adds, "He doesn't like missing games or practices because he's like, 'that's my team,' and wants to be there to support them."

For Konnor, it's much more than just about hockey. He considers the boys on the team to be family.

"They mean the world to me. I take them as my brothers," Konnor says.

While the Colby hockey team fights for wins on the ice, Konnor has been fighting his own battle.

At a young age, Konnor was diagnosed with a low-grade brain tumor and an optic pathway glioma. He has already undergone chemotherapy twice, and his mother says "he has more health issues coming up that he has got a little more than chemo that he's got to do."

Seeing the warrior within Konnor inspires the team on and off the ice.

Team co-captain Thomas Stahlhuth says, "He's brought a lot of toughness to the team I think. He's gone through a lot more than a lot of us have gone through in our whole lives at such a young age."

His mother says, "They support him through everything! They see him on the ice, off the ice, and I think it helps him."

Ultimately, it's not sympathy Konnor wants from his team. He wants wins!

He says, "When they lose, I get upset with them. When they win, I'm happy."