Sale threw 6 strikeouts over 3.2 innings, not allowing a single hit or run, and just 1 walk 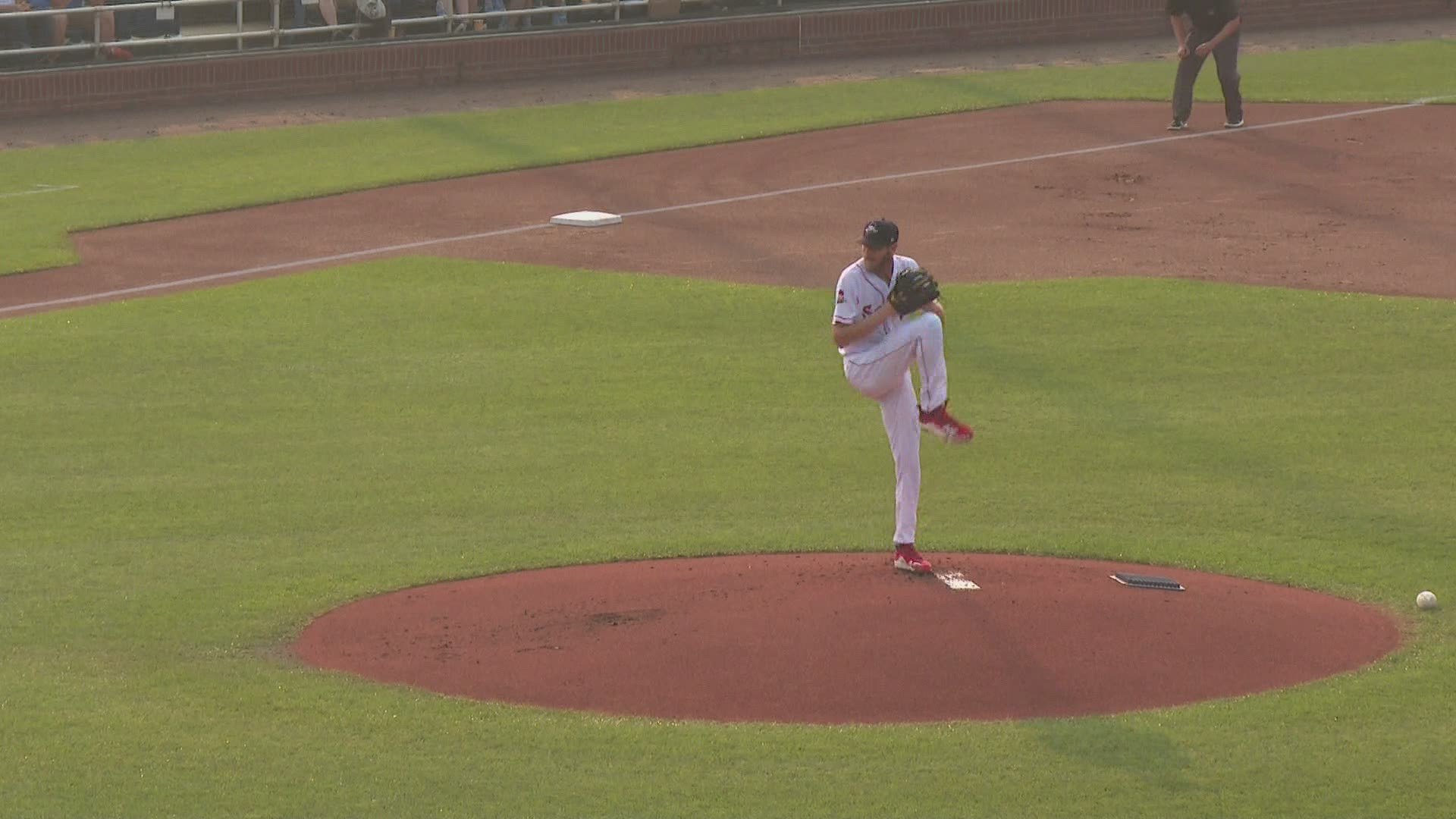 PORTLAND, Maine — It was a complete sellout at Hadlock Field Tuesday as Chris Sale started for the Sea Dogs as he looks to make his way back to the Boston Red Sox pitching rotation after Tommy John's surgery last year.

Sale impressed on the mound, tossing 3.2 innings, striking out six, and not allowing a single hit or run, with just one walk.

Sale received a raucous standing ovation on his way to the mound to start the game and an even louder one after being pulled with one out to go in the top of the fourth innings.

Sale continues to impress in his rehab start tonight. He has not allowed a hit through the top of the 3rd @newscentermaine pic.twitter.com/zym2QmFPfm

"Man, seeing Chris Sale pitch is icing on the cake at this point," said Sea Dogs fan Chris Florek. "It's going to be a great time, it's going to be the first time sold out since last year, two years, ago so very excited," added Florek.

The crowd atmosphere proved to be electric throughout the game. The Sea Dogs faced the Harrisburg Senators as they looked to win their 14th straight game.

Iacuessa added that Chris Sale has been a major asset to the Sea Dogs locker room as they look to build on an already successful season.

"It's big for our players to be able to see him prepare himself. He's great with the players, he's just a tremendous person to have in the clubhouse and have him be able to set the example of what it's like to have a big leaguer, and what the big leaguers to on a day-to-day basis," Iacuessa said.

The Sea Dogs took down the Senators 6-3 Tuesday night, scoring five runs in a dominant fifth inning. That brings the team's current win streak to 14.

"It's an exciting time, they're looking to get to the playoffs and make a run at it like we did, so it's awesome," said former Sea Dogs 2nd baseman Dave Bacani.

Bacani threw out the ceremonial first pitch at the game Tuesday. He was part of the clubs only AA championship in 2006.

Tuesday was the start of a six-game homestand for the Sea Dogs against the Senators. The club looks to take down Harrisburg again Wednesday with the first pitch at 6:00 P.M.