Can you solve a Rubik's Cube as fast as this St. Louis 12-year-old?

Speed cubing is much more than just a game for Jackson Bruegger. 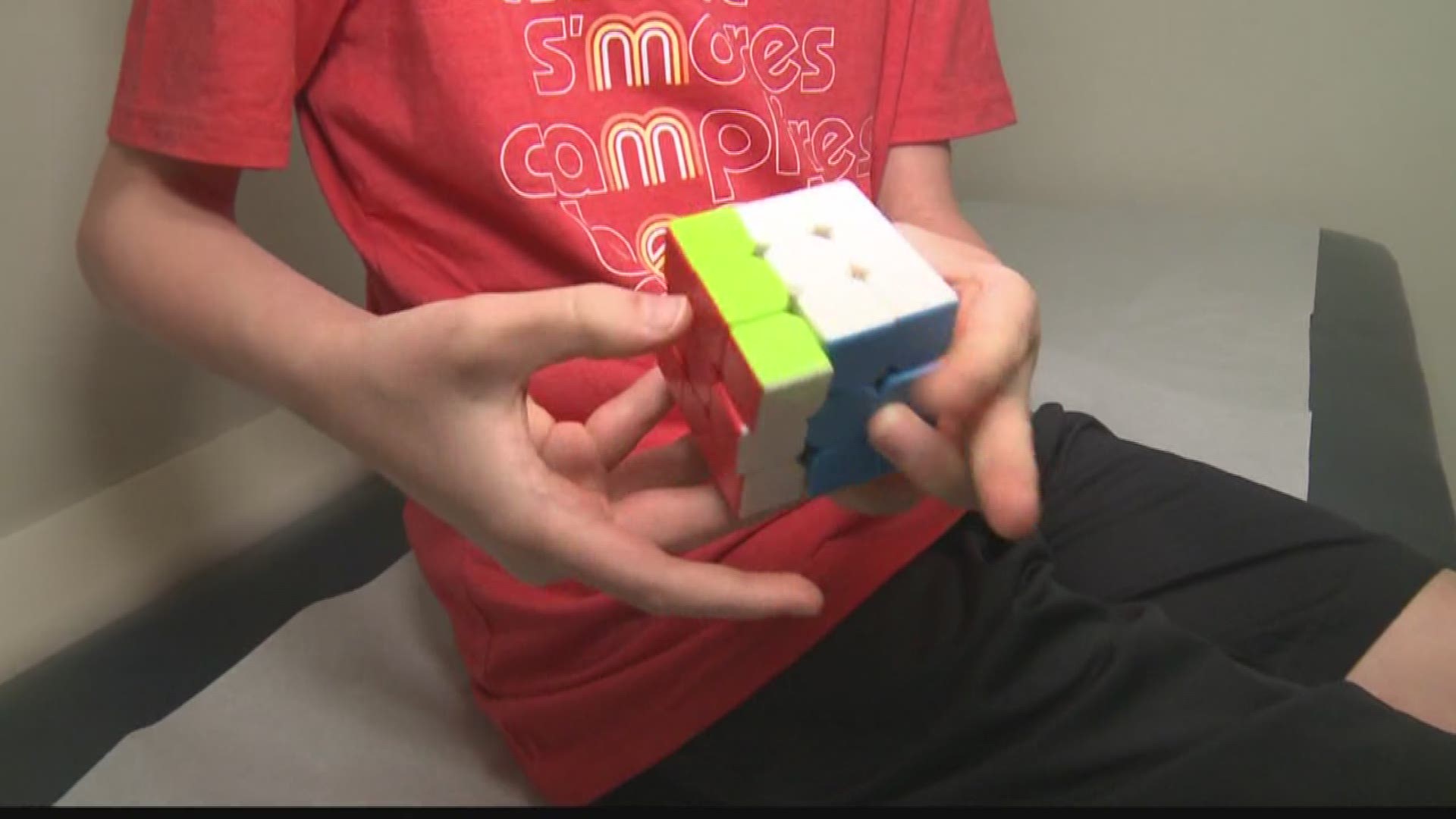 ST. LOUIS – We all had one. Few of us ever came close to solving one.

However, Jackson Bruegger is making the rest of us look plain silly.

That's right. Bruegger can solve a regular-sized Rubik's Cube in 12 seconds. Anything over 20 seconds and he's disappointed.

"I just solve the first two layers and use algorithms to solve all the rest," said Jackson.

The Spanish Lake middle-schooler has now qualified for the Cubing USA Nationals in Salt Lake City next month.

But 'speed cubing,' as it's called, is much more than just a leisure activity for Jackson.

Jackson was born with severe scoliosis, a dramatic curvature of his spine. Although he hopes to have a life-changing surgery later this year to help his condition, Jackson has never been able to play any contact sports.

He's always wanted to compete. Speed cubing has opened that opportunity for him.

"I think it's absolutely fabulous, and the best sport he could be doing," said Dr. Matt Dobbs, who has been seeing Jackson at St. Louis Children's Hospital for the last five years.

Jackson's dad, John Bruegger, is still blown away by his son's new-found ability.

"When we first started doing this we bought two regular Rubik's Cubes at the store and we were going to solve it together," said John. "I went to work and he stayed at home and started looking at YouTube and learned how to solve it."

"I think it's exciting for Jackson. He's been doing it for a while and keeps getting faster and faster," he said.

Jackson has been practicing his algorithms for a couple years now. It initially took him about six months to learn how to solve his first cube.

"It's not as hard as you think," he said. "You got to find the right tutorial."

Jackson is holding a fundraiser on YouCaring to raise money for travel expenses so that he can attend the national tournament in Utah. Click here to read about his effort and donate.