The former Carolina Panther quarterback agreed to a one-year contract with New England. Newton hasn't played since Week 2 of 2019. 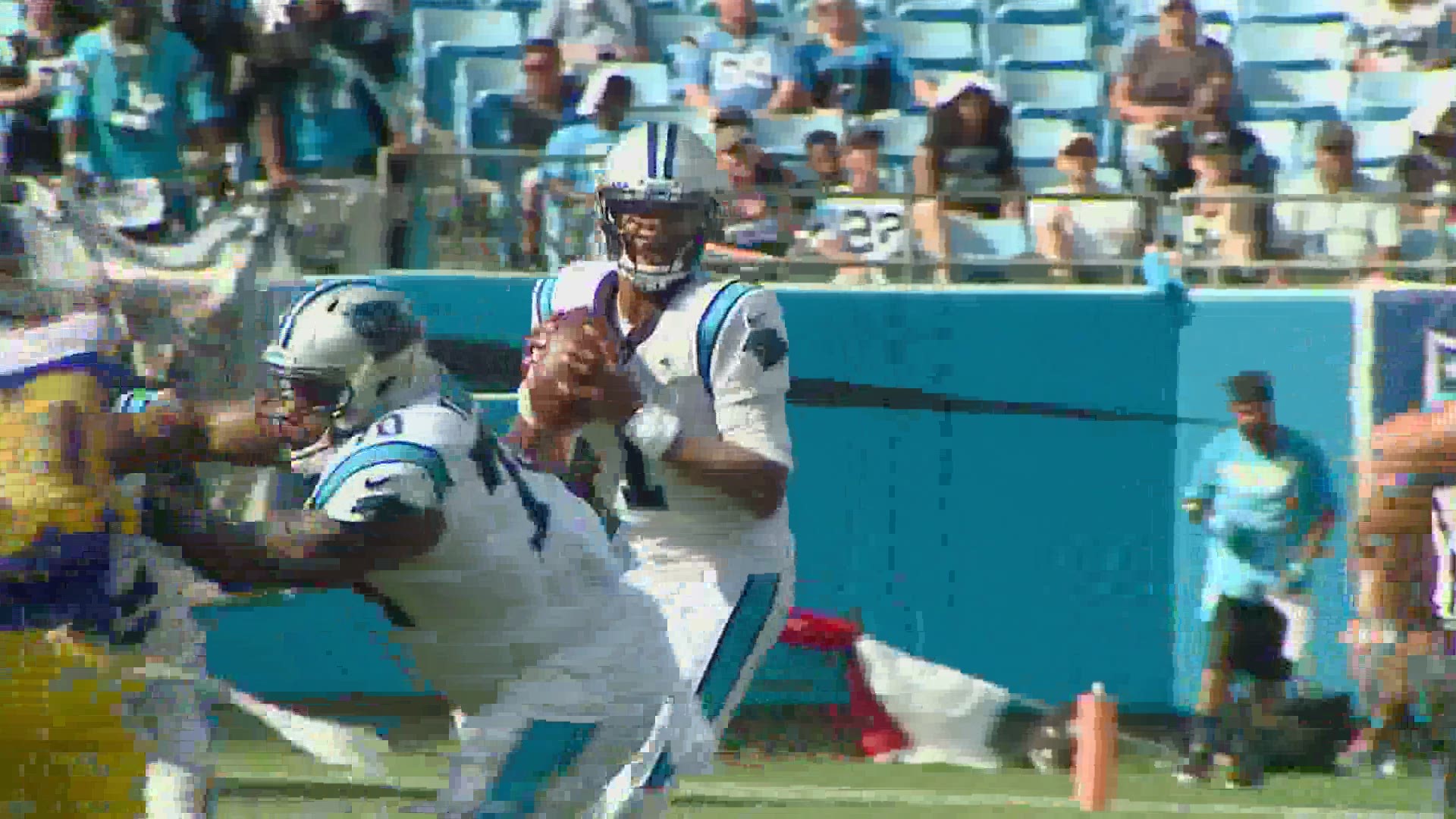 FOXBOROUGH, Mass. — According to Adam Schefter and Chris Mortensen, Cam Newton, the former league MVP reached the one-year deal with an incentive-laden contract.

The Patriots began this off-season with several questions to answer regarding the quarterback position. The simplest one, who is going to replace Tom Brady?

You can now pencil in former Carolina Panther Cam Newton’s name for the job, as the 2015 NFL MVP joins second-year Jarrett Stidham and veteran Brian Hoyer in the quarterbacks’ room.

Although he has the resume, 31-year-old Newton has only played 16 games in the last two seasons, missing 14 games last year with a foot injury. An injury he originally suffered in a preseason game against the Patriots last year.

In his last full season in 2017, he led the Panthers to an 11-5 record throwing for 22 touchdowns and 16 interceptions and a quarterback rating of 53.3 which was 19th best in the NFL. Tom Brady’s QBR was third-highest that year.

Credit: AP Photo/Charles Krupa
Carolina Panthers quarterback Cam Newton receives attention on the sideline after an injury in the first half of an NFL preseason football game against the New England Patriots on Thursday, Aug. 22, 2019, in Foxborough, Mass.

Jarrett Stidham was believed to be the projected starter for the Patriots when they take on the Miami Dolphins in Foxborough on Sept 13.

New England is trying to win the AFC East division for the 11th straight year.

RELATED: Did Tom Brady's move to Tampa leave a sour taste in your mouth?

RELATED: Baseball is back for Maine teenagers