Bill McVicar is the head coach of the Calais girls basketball team. He coaches his daughter and niece with his two other daughters in the stands. 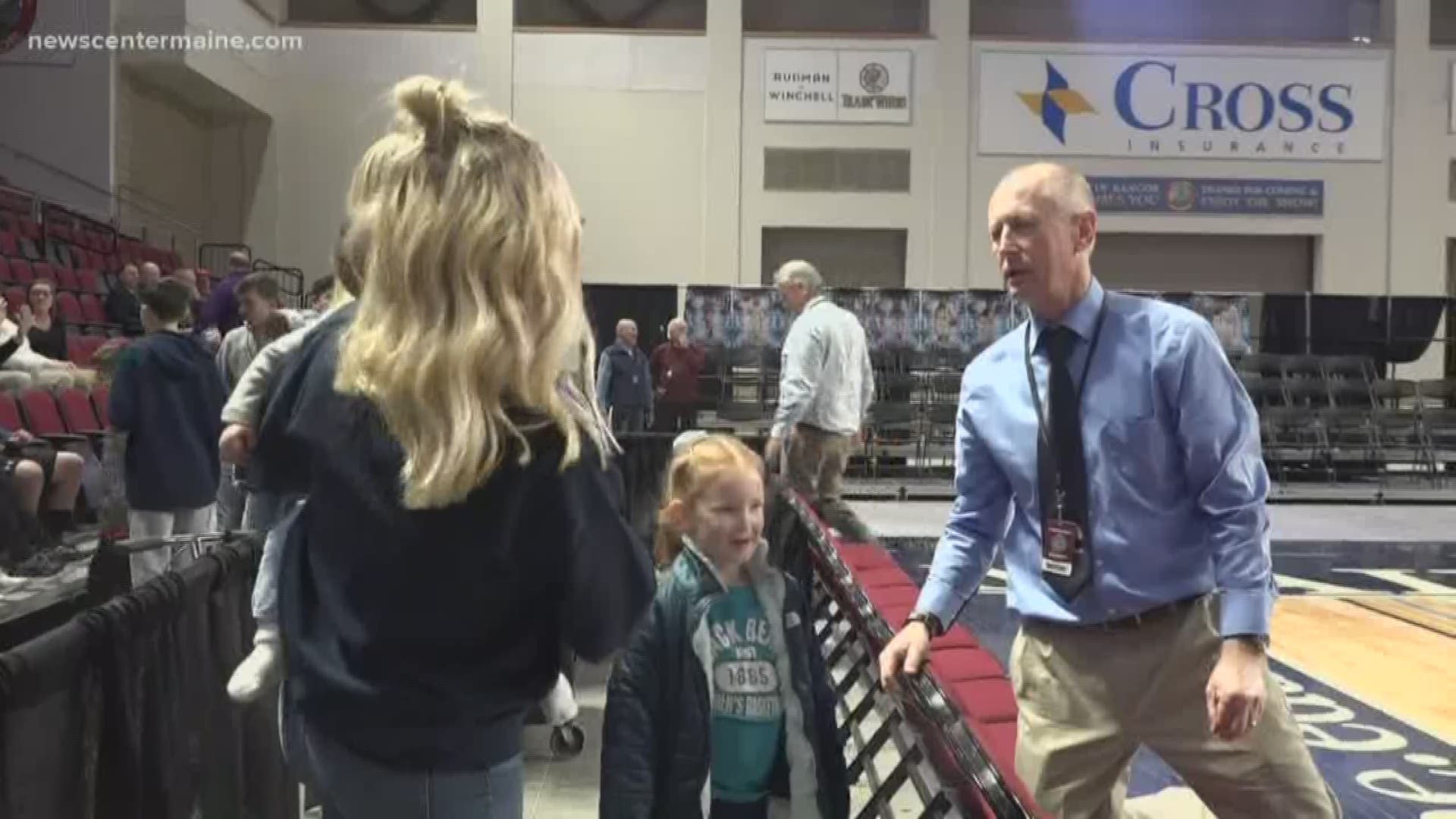 BANGOR, Maine — Head coach Bill McVicar currently coaches his daughter and niece. His two other daughters, cheering in the stands.

One of them plays for the Maine Black Bears.

Another, flew in from Colorado to surprise her dad and sister.

"What are you doing? Why are you here," Bill said to his daughter, Alex when she came up behind his team's bench.

"I was surprised. I was very surprised," Calais junior Sophia McVicar said.

For the McVicar family, basketball is a family affair.

Maddy McVicar is a senior guard for the Black Bears. But before taking on the America East, she was playing Class C hoops and was coached by her dad.

"Every time I go and play a Maine game, I look up and see like 20 Calais fans," she said. "Maine people love to see Maine kids."

Maddy won a state championship when she was at Calais and the last two America East championships.

When asked which championship means more, she says she can't pick one.

The Calais Devils defeated the Penobscot Valley Howlers 51-33 and will be moving on to the semi-finals to take on Stearns High School.

RELATED: Details of Kobe and Gianna Bryant's memorial service and how you can get tickets