Brady's return to Foxborough has some fans conflicted

As Tom Brady makes a long-awaited return to Gillette Stadium to play his former team, some fans are torn over whether to support the GOAT or the home team. 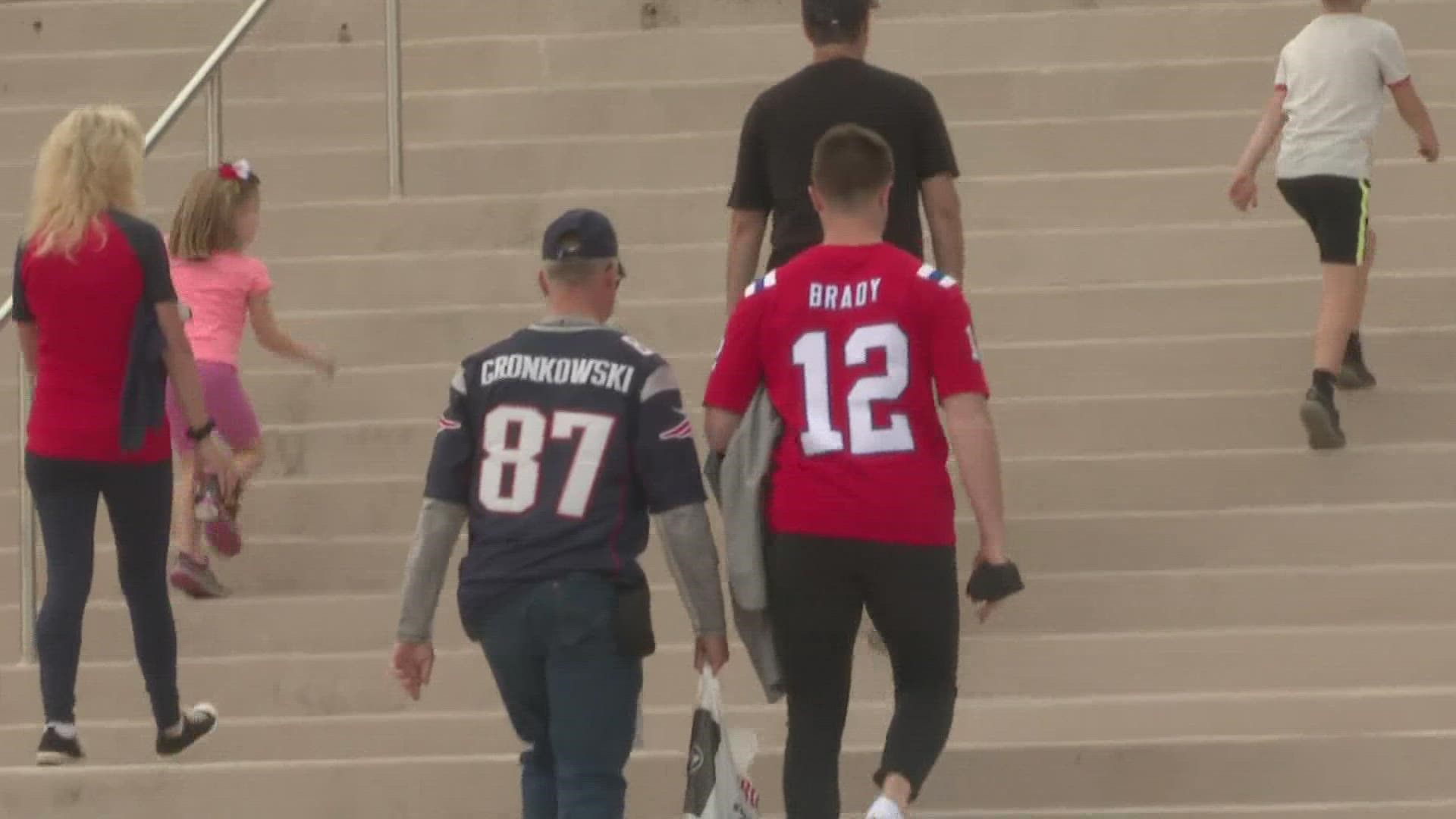 FOXBOROUGH, Mass. — It's a day New England has been waiting for since the NFL schedule was released. On Sunday, October 3, Tom Brady makes his triumphant return to Gillette Stadium to take on his former team, the New England Patriots.

NEWS CENTER Maine's team at Foxborough saw many people at the stadium wearing Patriots jerseys, others wearing Buccaneers jerseys, and some with a combo of both! They also saw a lot of number 12.

The Patriots and Buccaneers match-up at home is one many fans have been waiting for. "We were looking for this on the schedule right away," said one fan. "Actually, as soon as he went to the Bucs, it was like, when are we playing them?!"

After backing Tom Brady for nearly two decades, some Patriots fans are split.

"He's brought us so much happiness and I figured he's got a couple of years left so I'm going to follow him to Florida," said one fan.

"I respect him. I think we'll always love him, but right now he's an enemy," said another fan.

"Tommy gave us our best years so how can you not thank him for everything he's done?" a third fan questioned.

"51% Pats fan, 49% Bucs fan," said O'Toole, wearing a Brady-Brady jersey that was literally split down the middle with one side a Patriots jersey and the other a Buccaneers jersey.

"You know the crowd's going to be with him," said O'Toole. "They'll drown out anybody who, you know, for whatever reason is snubbing him at this point."

Matt Whittier hasn't missed a game in 42 years. He commutes every Sunday from Farmington or South Carolina. "I love him for six reasons, but I got one big reason not to," Whittier said Sunday.

Loyalty to the team is something John Farrer, who grew up in Brewer, agrees with. "You gotta stick with your team. Even though Brady is gone, we still have to stick with the Pats."

Folks are packing into @GilletteStadium ahead of kickoff for tonight’s @Patriots vs @Buccaneers matchup on @SNFonNBC. Rain is coming down, but fans are still very amped up for @TomBrady’s homecoming. @slaminsamNCM & I have more coverage on @newscentermaine postgame! pic.twitter.com/BhyGmjO1KX

It's tough to choose a side for some, but Danny Healey is backing both and offers this message to TB-12 before kick-off: "I wish you didn't leave, and you are everything to me, I love you."

"He means everything to me, but I'm a Pats fan at heart, so I have to keep faith there. I have to root for the Pats, but I have to show Tom his love on homecoming night."

The Patriots play the Buccaneers on Sunday, October 3, with kick-off at 8:30 p.m.

Tonight at 6 we’ll hear from some Mainers who are on hand to take in this once in a lifetime moment. Trust me, you’ll want to hear some of these interviews… https://t.co/CBgkUmT0JD 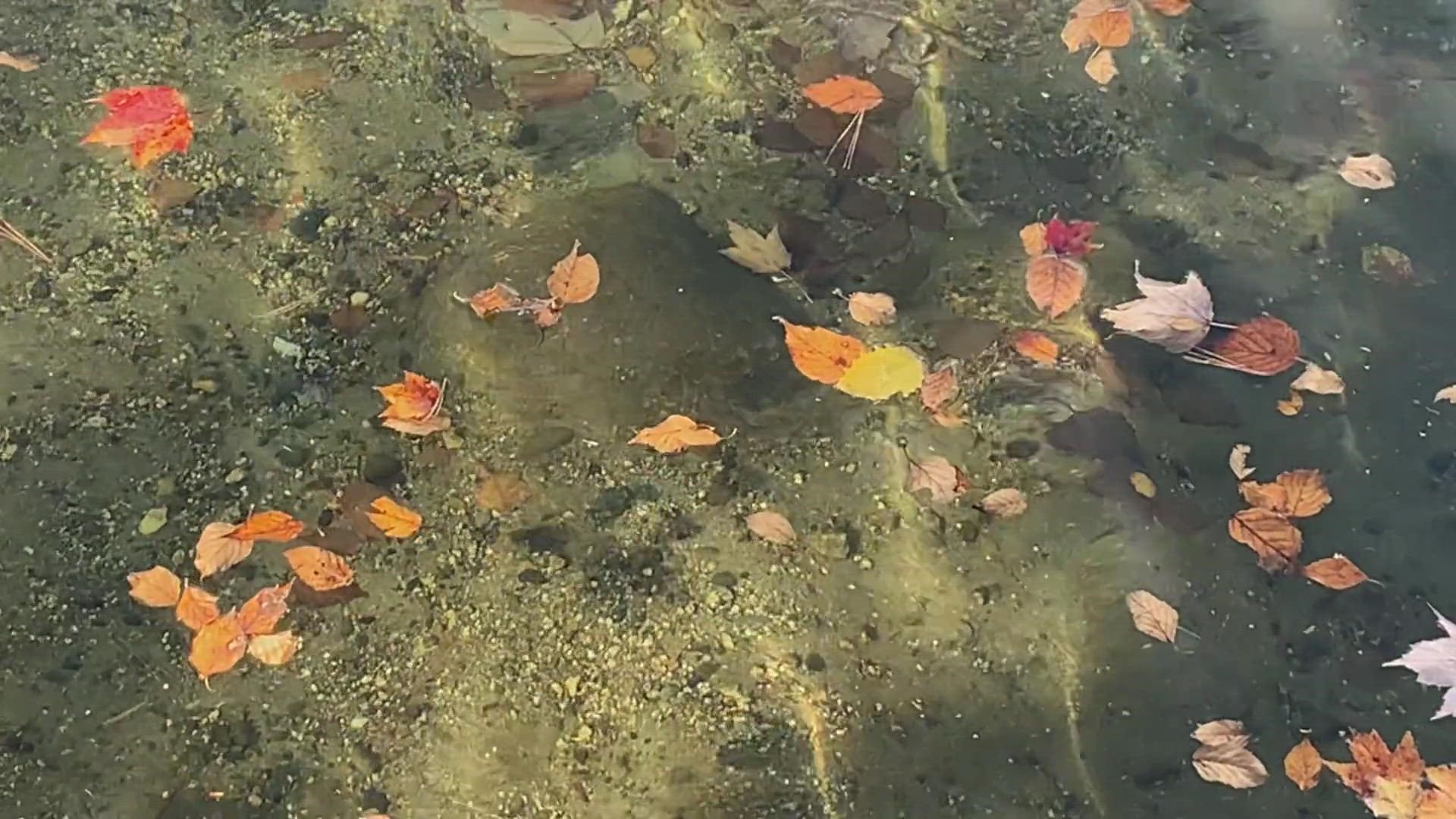