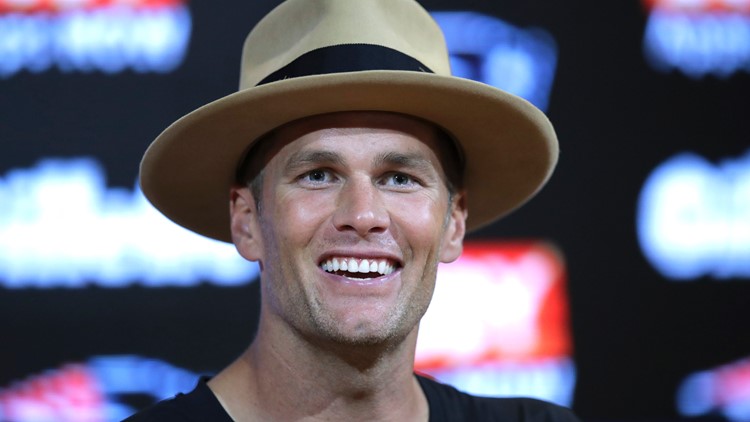 Brady Watch 2020: Tom writes 'Love you All' on Instagram in response to 'STAY TOM' message

FOXBOROUGH, Mass. — Brady Watch 2020 is in full swing and everyone has an opinion.

Long story short? Nobody knows. All Patriots fans can do is simply read the signs, jump to conclusions where they see fit, and watch the offseason unfold.

Brady himself seems happy to oblige by tugging on Pats fans' heart strings with somewhat cryptic social media posts, such as this Instagram post on Tuesday:

Is that a 'goodbye' Love you All?

Is it an 'of course I'll stay, how could I ever leave you' Love you All?

But wait. Tuesday's darkness was followed by Wednesday's light. TMZ posted a video Wednesday of the following exchange with Patriots owner Robert Kraft.

TMZ Sports: "Are we going to keep Tom in New England, Bob?"

This latest indication by Kraft comes after he told NBC Sports' Peter King the following, prior to New England's playoff loss to the Tennessee Titans:

"My hope and prayer is number one, he play for the Patriots," Kraft said. "Or number two, he retires. He has the freedom to decide what he wants to do and what's in his own best personal interest."

If Brady takes free agency meetings with teams other than the Patriots, the fear of departure will only escalate in New England. Until he does that, or re-signs with the Pats, it's likely that folks in New England will continue to swirl around in the uncertainty of rumors and cryptic social media posts.

Stay tuned for the next installment of Brady Watch 2020 as we continue to claw for any indication of certainty, no matter how tough it may be to find.

RELATED: Tom Brady confirms he will play next season but does not confirm it will be in a Patriots uniform