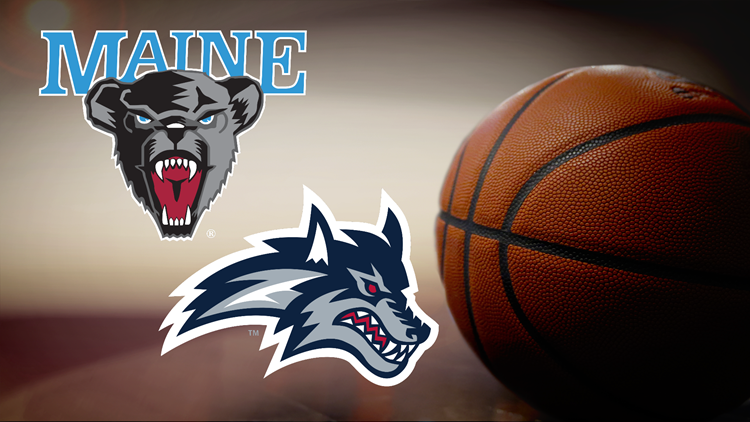 Photo by: NEWS CENTER Maine
The University of Maine Black Bears square off on the basketball court against the Stony Brook Seawolves.

BOTTOM LINE: Stony Brook looks for its 18th straight win in the head-to-head series over Maine. In its last 17 wins against the Black Bears, Stony Brook has won by an average of 16 points. Maine's last win in the series came on Jan. 16, 2010, a 67-61 victory.

SUPER SENIORS: Maine's Andrew Fleming, Sergio El Darwich and Nedeljko Prijovic have combined to account for 57 percent of all Black Bears points this season, though that trio's output has dropped to 26 percent over the last five games.

AMERICA EAST IMPROVEMENT: The Black Bears have scored 67.8 points per game against America East opponents thus far, an improvement from the 55.7 per game they managed over 13 non-conference games.

WINNING WHEN: Maine is a perfect 6-0 when it scores at least 75 points. The Black Bears are 1-19 when scoring any fewer than 75.

DID YOU KNOW: Stony Brook is rated second among America East teams with an average of 71.2 points per game.