Relive the week Maine won its second national title, including the team's arrival back in Maine, its on-ice celebration and Orono campus festivities. 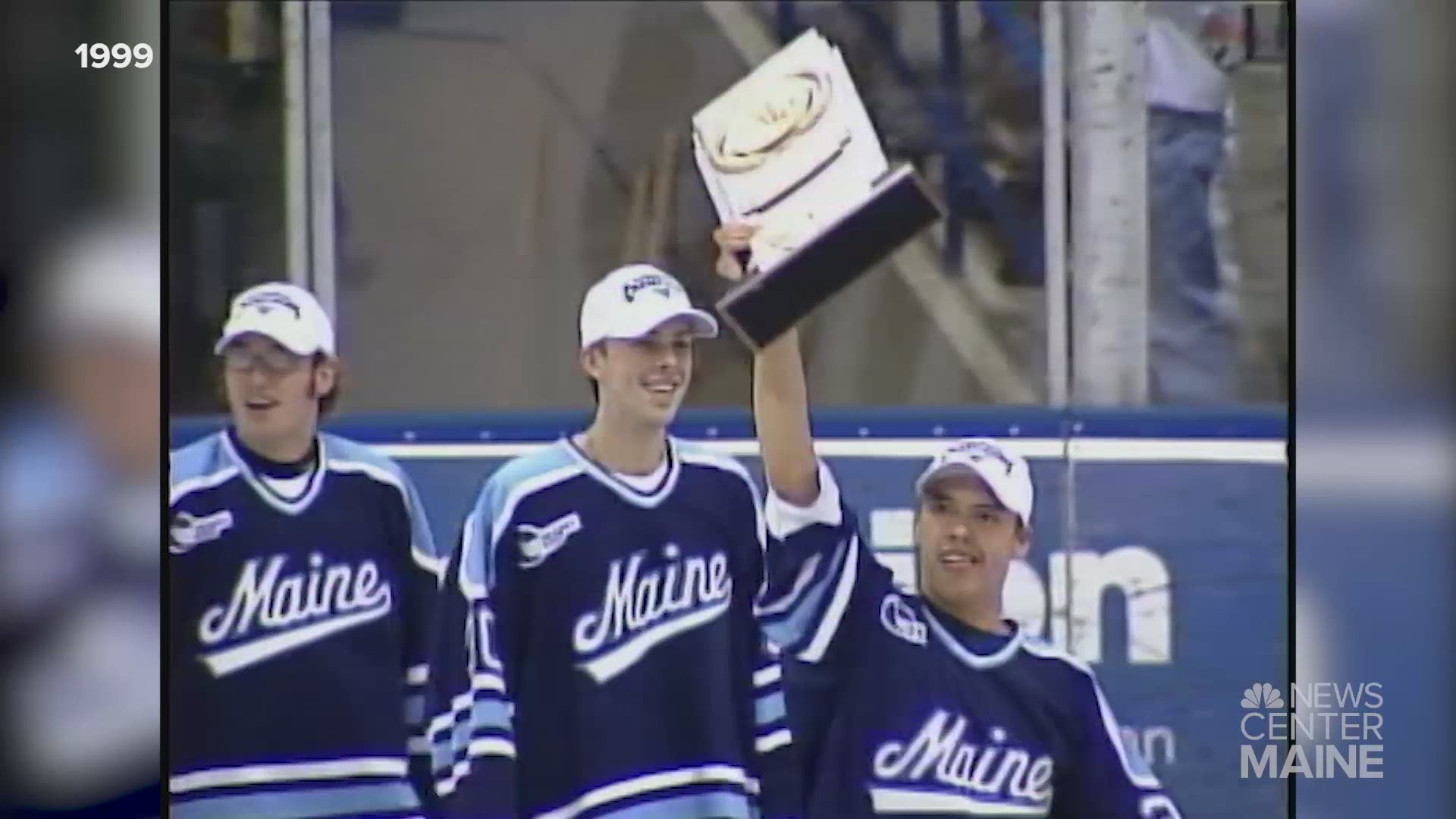 Maine beat No. 1 University of New Hampshire 3-2 in overtime at Arrowhead Pond in Anaheim, California, on Saturday, April 3, 1999.

In the Frozen Four, the Wildcats knocked off No. 2 Michigan State, 5-3, to reach their first title game. The Black Bears, winners of the 1993 NCAA title, defeated then Hockey East champions No. 4 Boston College, 2-1, in OT.

Maine scored twice – Ben Guite in the first period and Niko Dimitrakos in the second – before UNH's Darren Haydar answered to make it 2-1 Black Bears. The Wildcats evened the score with a goal from Michael Souza.

About 10 minutes into OT, Cory Larose passed to Marcus Gustafsson, who rebounded his first shot and drove home the game-winner. 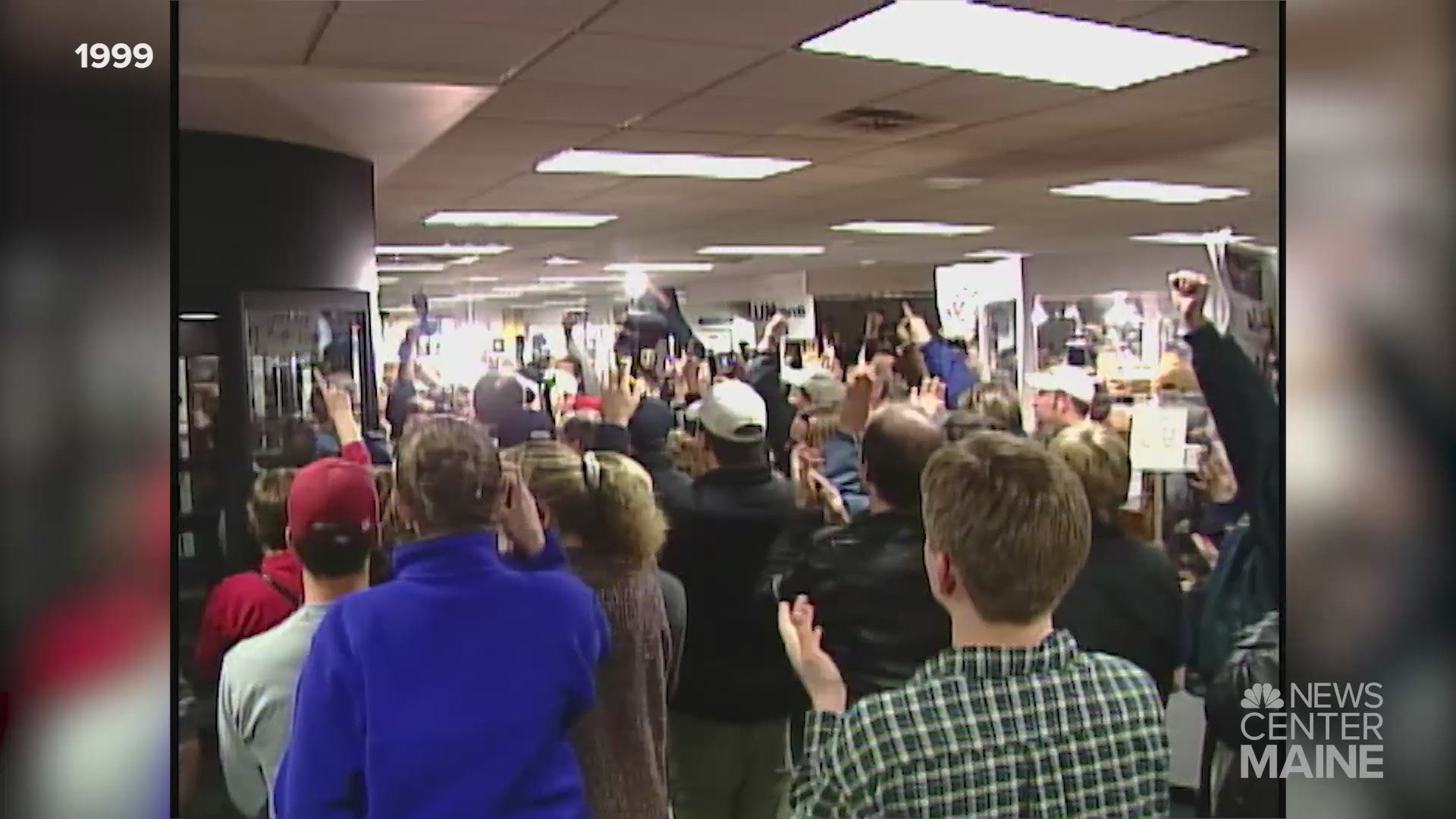 Later that night, an on-ice celebration was held at Alfond Arena in Orono. NEWS CENTER Maine's Jim Scheugel was there.

"We love this team," said Jan Littlefield of Old Town. "We're so happy for this team, particularly, after all they've been through to be able to end up with a championship."

"It's awesome," said student Courtney Martin. "You gotta be here for school spirit, all the way."

During the rally, junior Brendan Walsh led a "national … champions" chant; junior Ben Guite talked about head coach Shawn Walsh's mantra to focus on the moment; senior Bobby Stewart said he didn't feel too bad for BC and UNH; junior Alfie Michaud thanked the seniors; and the team showed off the new hardware.

A trip to the White House in Washington, D.C., was also announced.

At the time, the university said the damage was estimated to be around $2,000. 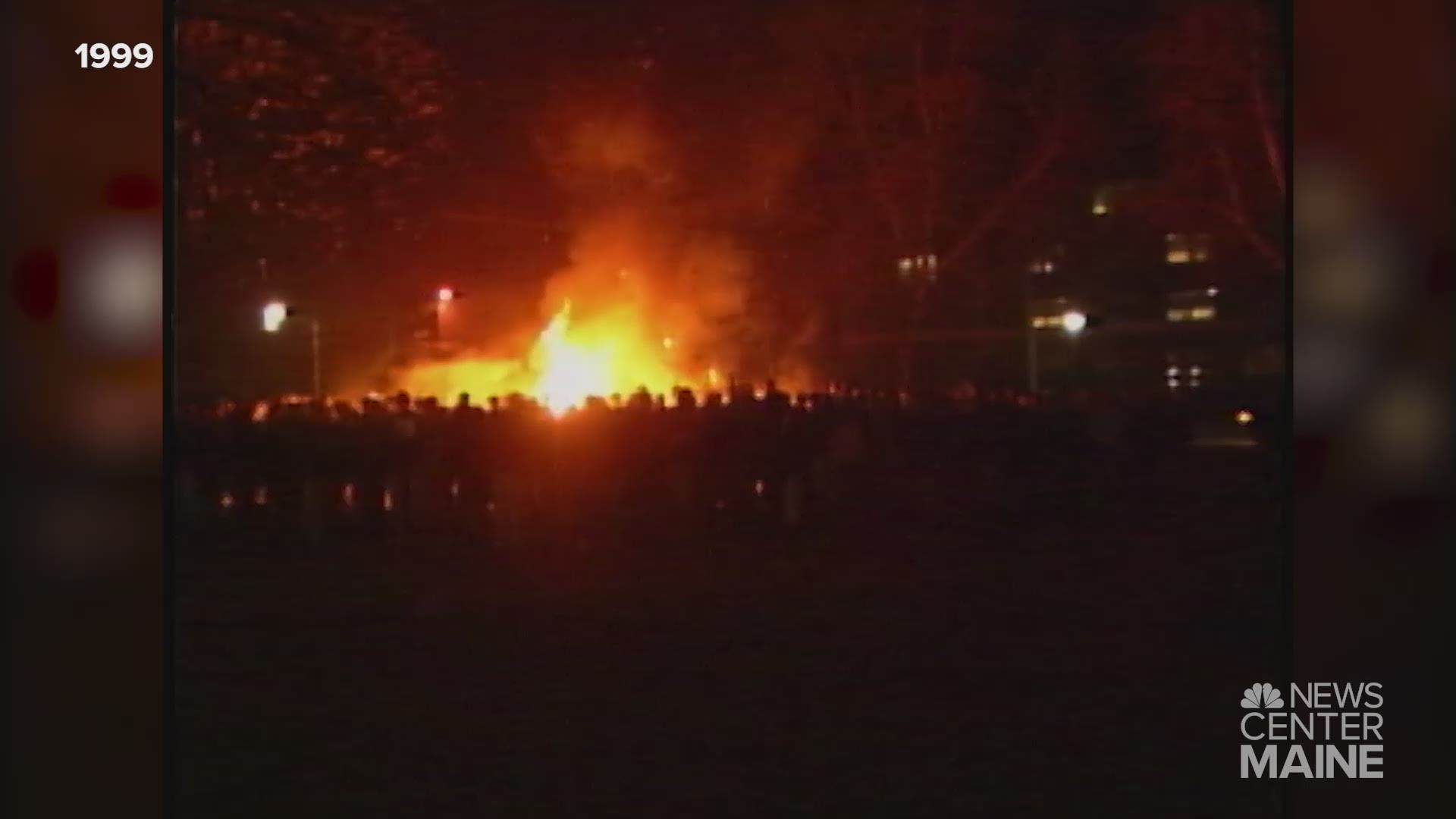