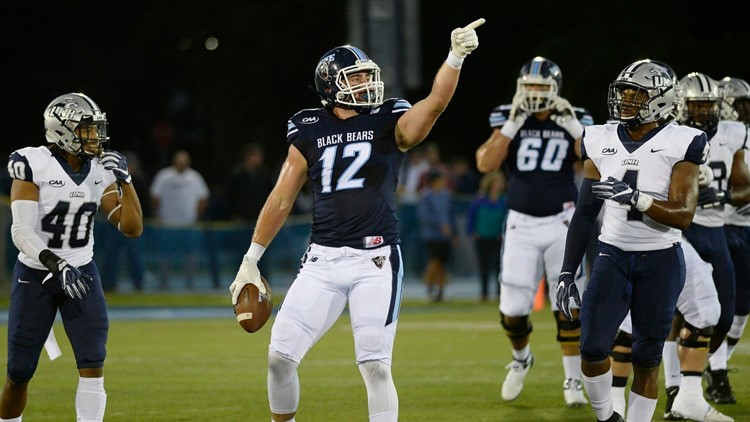 A former University of Maine football player is heading to the Washington Redskins.

Tight end Drew Belcher was signed to the practice squad Tuesday.
Before that he was with the Arizona Cardinals, but just for the off season.

Belcher was both a tight end and a quarterback at UMaine.

He played for the Black Bears during the 2018 season.