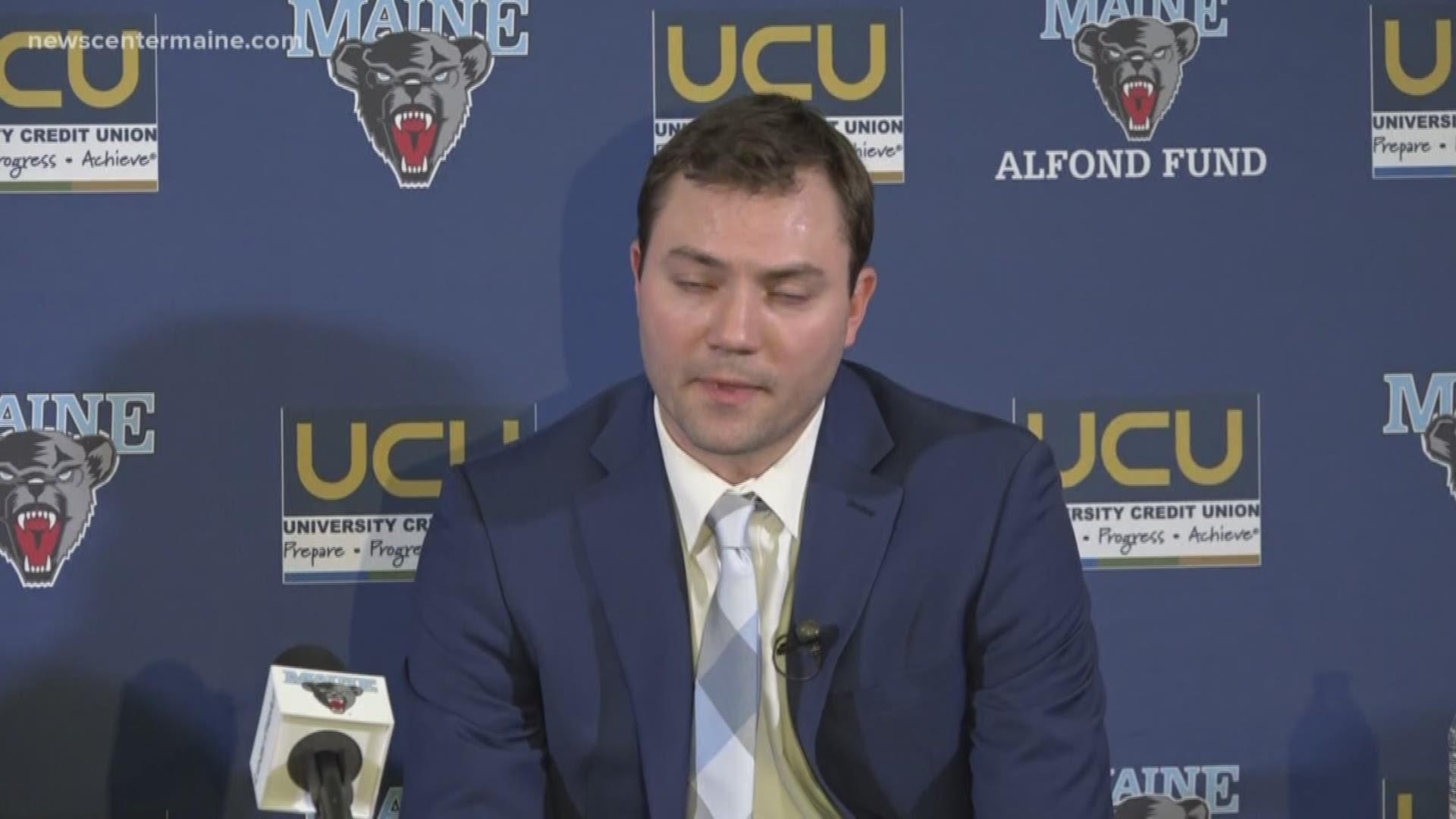 Charlton came to the University of Maine football team in the spring of 2015 as the wide receivers coach. During his time in that position, the Black Bears were the only CAA team to have two All-Conference performers.

"I am extremely excited and humbled to be named the head football coach of the University of Maine," says Charlton in a press release. "My family and I are very passionate about the UMaine community and the direction Dr. Ferrini-Mundy and Ken Ralph are taking our university. We are already hard at work to elevate the new standard we have set for Black Bear Football."

According to the UMaine, Charlton came to Orono after serving as graduate assistant for the Boston College Eagles under head coach Steve Addazio and Offensive Coordinator Ryan Day. Day is set to take over as Ohio State's head coach in January.

Officials at UMaine have high praise for Charton.

"We are thrilled Nick has agreed to become the next head coach of the University of Maine Black Bears football program," says Ken Ralph, director of athletics. "It was important to us to keep the momentum going with the program and Nick has demonstrated he is ready for this next challenge in his professional life. I know our players share a strong personal connection with Nick, and he is fully capable of helping each of them reach their academic and athletic goals."

University President Joan Ferrini-Mundy also spoke highly of Charlton. "He knows UMaine and our program, and has been a mentor to our student-athletes, on and off the field. With his help, UMaine football ignited Black Bear Nation this fall. We look forward to the 2019 season."