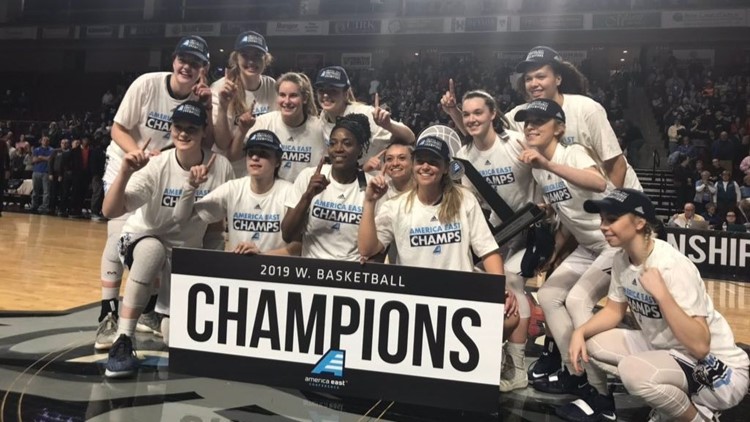 RALEIGH, N.C. — Maine will take on NC State in the first round of this year's 2019 NCAA women's basketball tournament.

The No. 14 Black Bears and No. 3 Wolfpack are scheduled to square off Saturday, March 23, at 1 p.m. in Raleigh, North Carolina.

Maine will vie to advance past the first round of the Greensboro Region sub-bracket and play the winner of Kentucky-Princeton.

The bracket's announcement came after an accidental on-air leak by ESPN hours before its official release as part of a special selection show.

The Maine-NC State game will be televised on ESPN 2.

Fill out a bracket or print one out.