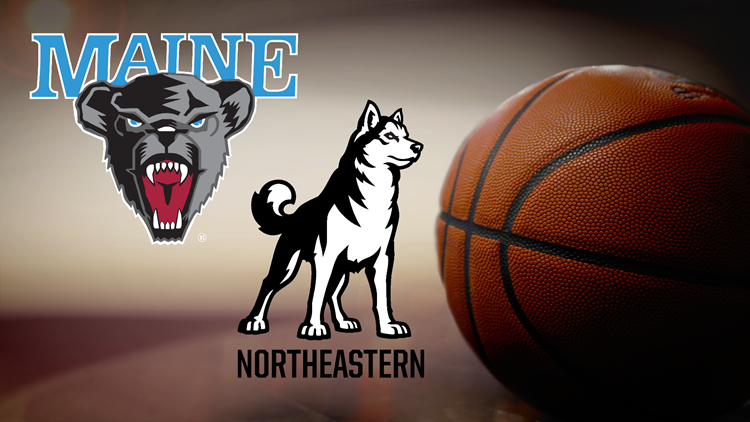 Photo by: NEWS CENTER Maine
Logos for the University of Maine Black Bears and Northeastern University Huskies face off on a basketball court.

BOTTOM LINE: Maine goes up against Northeastern in a non-conference matchup. Northeastern won over Weber State 79-69 on Wednesday, while Maine fell 64-40 at UConn on Sunday.

PLENTY OF EXPERIENCE: Senior leadership could play a big role in the outcome of this game. Jordan Roland, Bolden Brace and Maxime Boursiquot have combined to account for 52 percent of Northeastern's scoring this season. For Maine, Andrew Fleming, Nedeljko Prijovic and Sergio El Darwich have scored 65 percent of the team's points this season, including 75 percent of all Black Bears points over their last five.

ACCURATE ANDREW: Fleming has connected on 33.3 percent of the 15 3-pointers he's attempted and has made 5 of 14 over his last five games. He's also converted 68.6 percent of his foul shots this season.

RELATED: Black Bears are out of their Ivy League against Harvard

DID YOU KNOW: Northeastern has made 9.6 3-pointers per game this season, which is tops among CAA teams.