Jeremy Swayman will skip his senior year in Orono to join the Boston Bruins system. 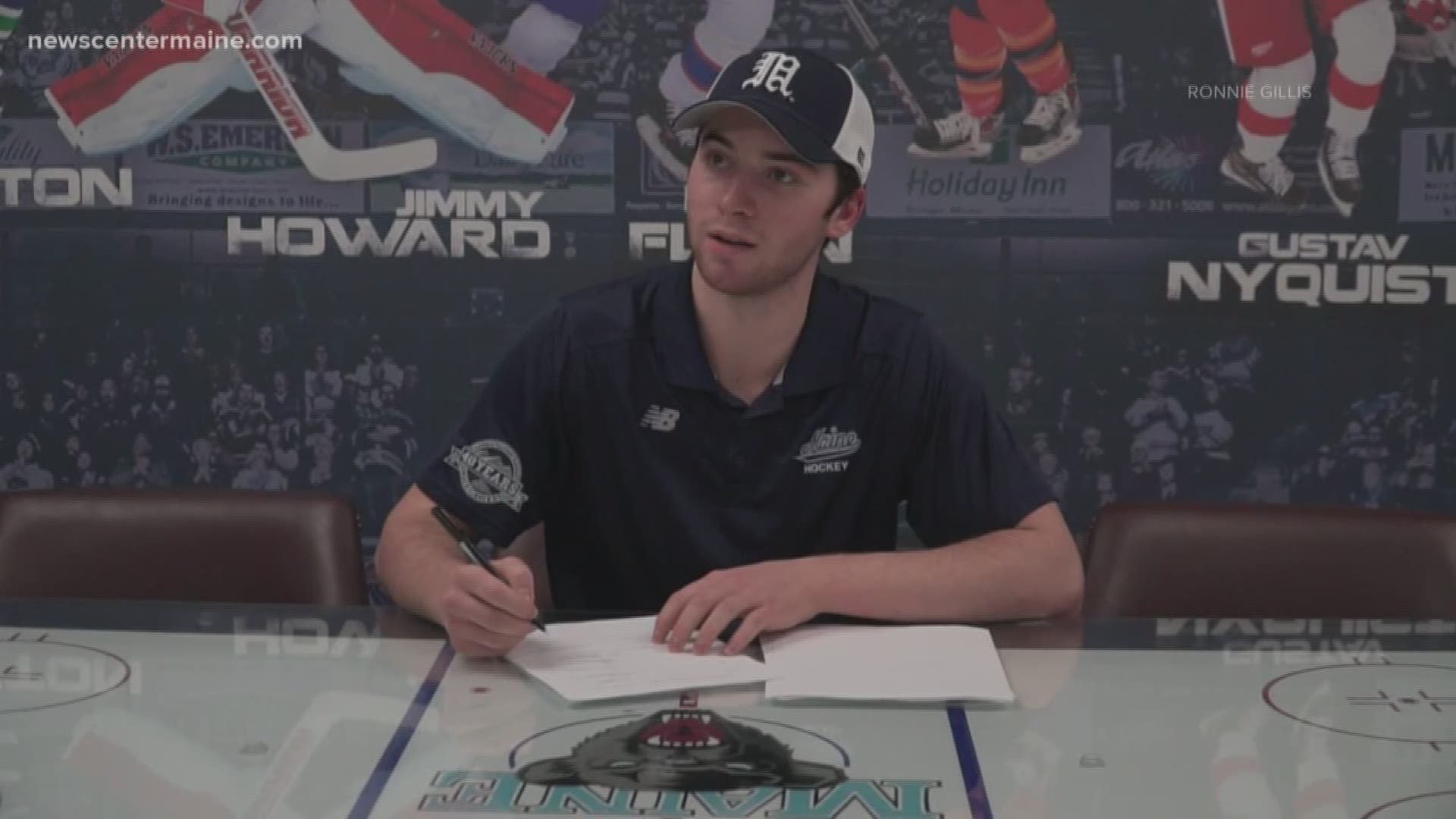 ORONO, Maine — The coronavirus outbreak took away the end of UMaine's hockey season, but it can't take away the future for the team's star goalie.

With his stick in storage, Jeremy Swayman instead wielded a pen on Tuesday, March 17, to sign a three-year entry-level contract with the Boston Bruins.

His move into the professional ranks means Swayman will skip his senior year at the University of Maine. But he packed a lot of memories into those three seasons.

"I'll cherish every moment I spent here. The fans are unmatched anywhere I've ever played," Swayman said. "To the boys that I've played with, past and present, just outstanding guys. Couldn't have been happier to make the friendships I have and the brotherships I'll have for the rest of my life."

Before his junior year was cut short, Swayman was putting up impressive numbers. He led the NCAA with 1,099 saves and his .939 save percentage was good for second place.

Swayman is originally from Anchorage, Alaska. His favorite movie is listed on the UMaine website as "Finding Nemo," showing that he's still a kid at heart at 21 years old.