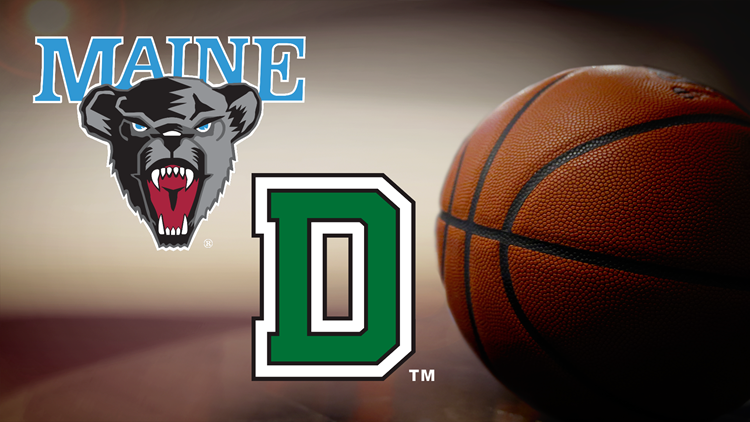 Photo by: NEWS CENTER Maine
Logos for the University of Maine Black Bears and Dartmouth Big Green face off on a basketball court.

Black Bears won't tolerate any Dartmouthing off on their home court

BOTTOM LINE: Two forwards will be on display as Chris Knight and Dartmouth will take on Andrew Fleming and Maine. The junior Knight is averaging 12.6 points over the last five games. Fleming, a senior, has scored 31 percent of the team's points this season and is averaging 17.4 over his last five games.

SENIOR STUDS: Dartmouth's Knight, James Foye and Ian Sistare have collectively scored 43 percent of the team's points this season and have accounted for 44 percent of all Big Green scoring over the last five games.

ACCURATE ANDREW: Fleming has connected on 33.3 percent of the 18 3-pointers he's attempted and has made 4 of 12 over the last five games. He's also made 70.8 percent of his foul shots this season.

THREAT FROM DEEP: Dartmouth's Aaryn Rai has attempted 19 3-pointers and connected on 36.8 percent of them, and is 4 for 12 over his past three games.