Black Bears back on the gridiron 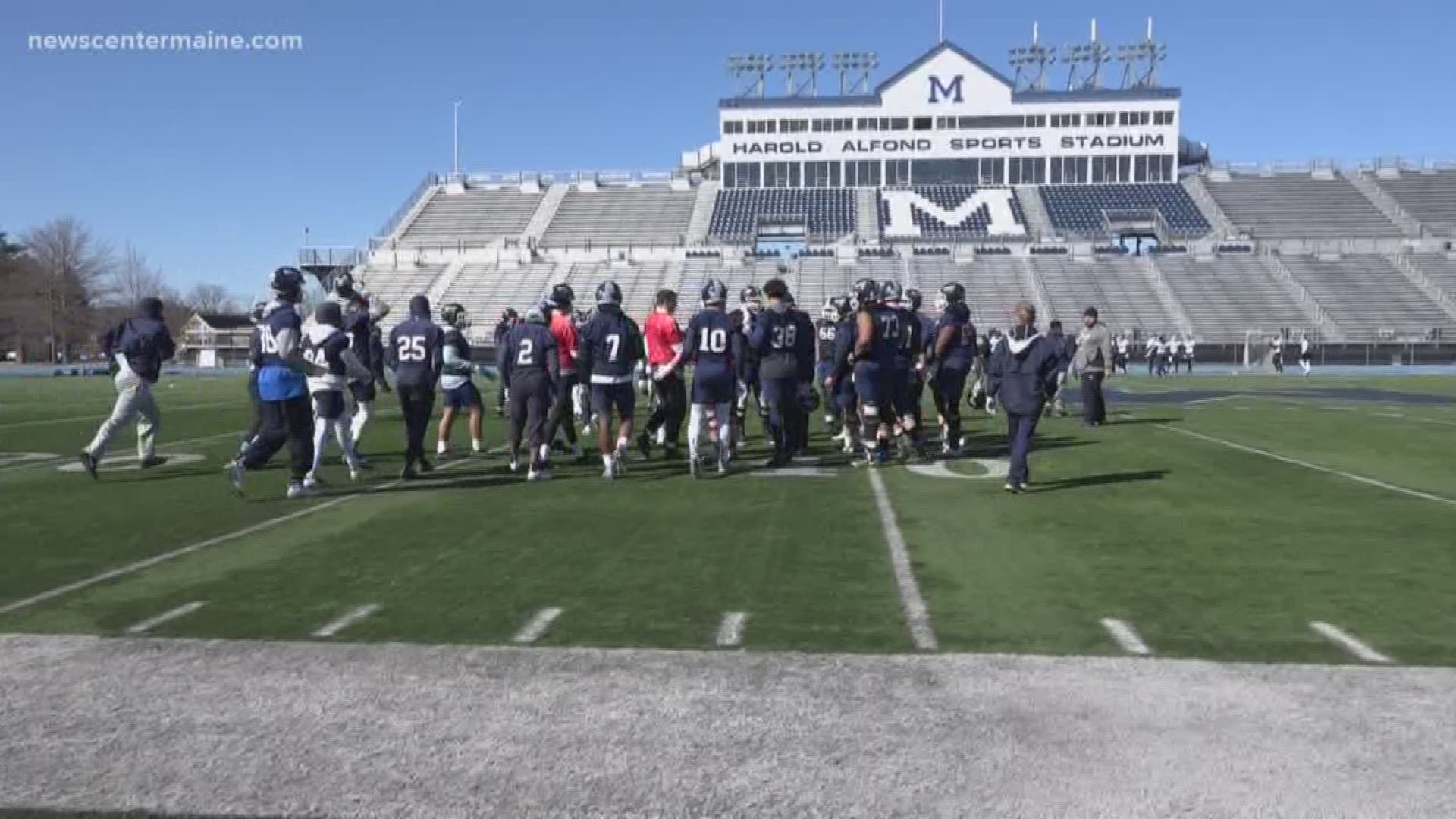 The Black Bears are back at it to get ready for the 2019 season. The team practiced for the first time on Tuesday morning.

"The thing we try to tell them is 2019 is a new team. 2018 is over so they have that hunger because these guys naturally do, you know, they want to win they want to do those things but now that they've had a taste of it I think it does drive them a little bit more," head coach Nick Charlton said.

This is Charlton's first season at the helm for Maine. He took over for Joe Harasymiak after Harasymiak left Maine for a position at Minnesota.

Charlton says he'll keep a lot of things the same and he will still be calling plays for Maine, but something he will change to fit his style.

"At the end of the day, I think we have a very good system set up here and a good culture it's just about improving and I'm gonna have some things that I want to do differently but the structure is very similar. I believe in the things we've been doing here the last couple years," Charlton said.

The team has all eyes on the 2019 season, including an Old Town native.

Andre Miller received a full scholarship during the offseason and he says he loves wearing the Maine blue.

"I take a lot of pride in it," Miller said. "Maine football is what you know, what you look up to." Miller also said he got a poster signed by members of the Maine football team when he was in fourth grade. That poster is still hanging in his room today.

Jefferson was arrested and charged with domestic violence assault and criminal mischief in February. He has not participated in team activities since his arrest.

The Black Bears will play their first scrimmage on Saturday.