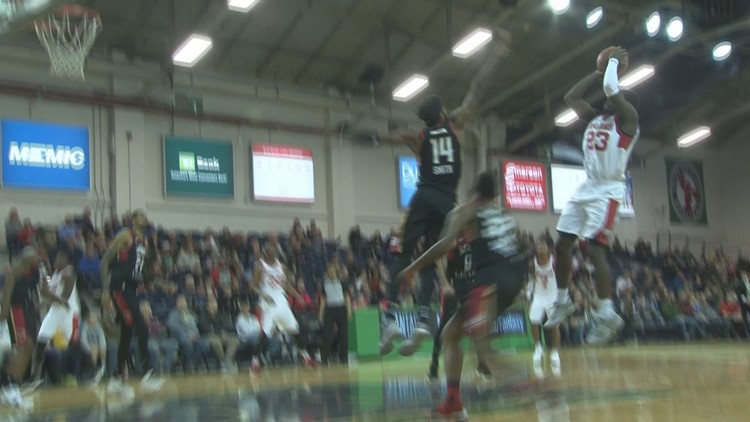 PORTLAND, Maine — Free throws will be getting a little bit closer to their stated value when the Maine Red Claws return from their summer break.

The NBA G League announced on Thursday, Sept. 26, that new rules will go into effect in the upcoming basketball season regarding penalty shots for fouls.

Under the new rules, a fouled player will be granted only one opportunity from the foul line worth the full value of the missed the shot. Depending on the circumstances of the play, a single foul shot could be worth one, two or three points.

The old rules will still apply during the last two minutes of the fourth quarter, as well as any overtime periods.

As the research and developmental arm of the NBA, the G League often serves as the "test kitchen" for new rules under consideration by the parent organization.

The Portland-based Red Claws are the G League affiliate of the Boston Celtics. Under new head coach Darren Erman, the team will open the 2019-2020 season on the road in Delaware on November 9. The first home game of the season is set for November 15 at the Portland Expo against Fort Wayne.