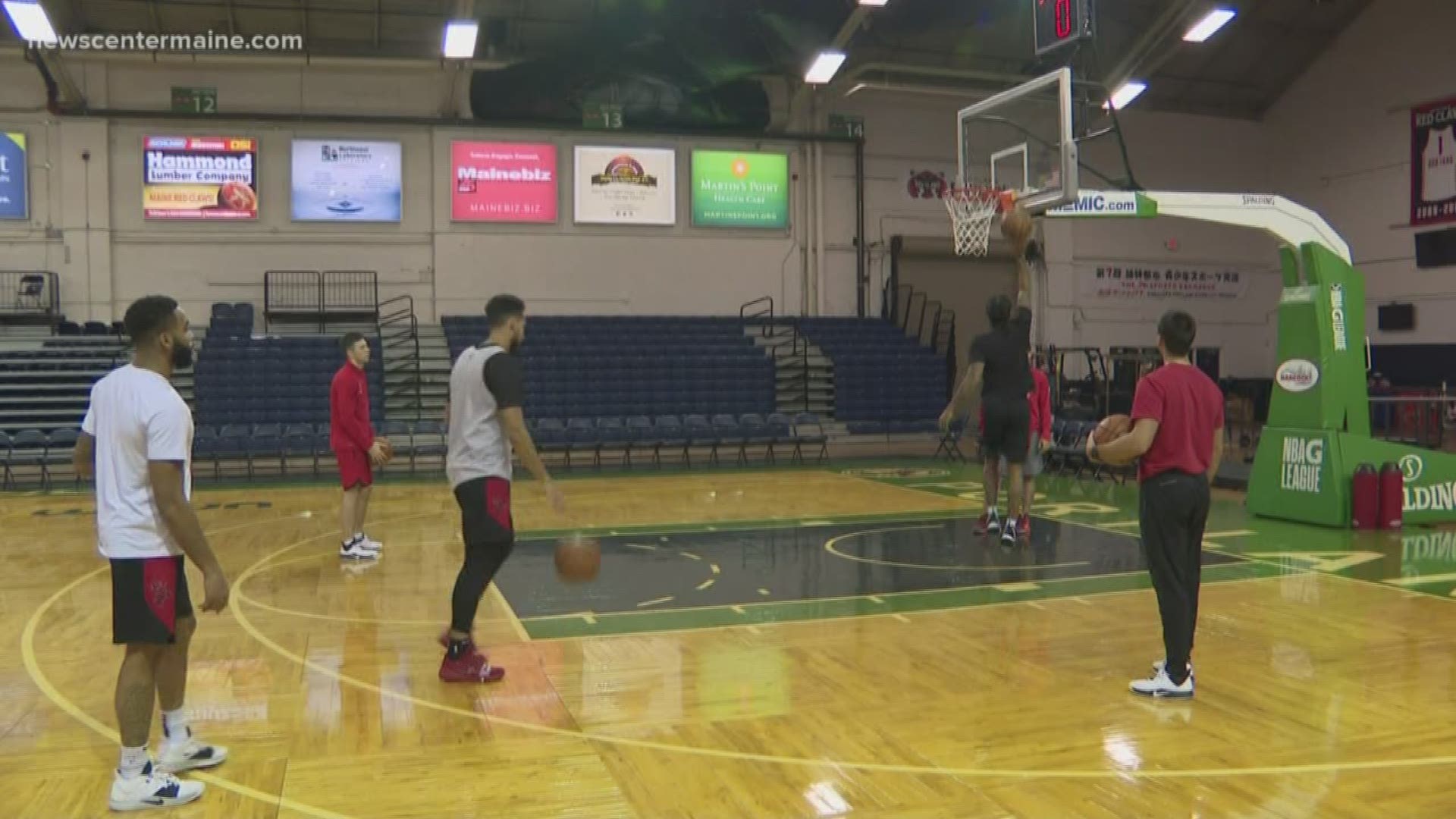 PORTLAND, Maine — The Maine Red Claws went back to work to make sure the rest of the season isn't all downhill after setting a new team scoring record in the first game.

Even though the Claws scored a lot of points in their 148-125 win over the Delaware Blue Coats, they also gave up a lot of points. That shortcoming was addressed with a focus on defense during practice at the Portland Expo on Thursday, Nov. 14.

The tune-up was aimed at keeping the team sharp over the week-long break between their season-opening road game on Saturday, Nov. 9 and their home debut on Friday, Nov. 15.

The 28 points that Tremont Waters racked up in the first game made him high scorer. He doesn't plan to stray from the formula that worked so well for him.

RELATED: Tacko Fall a big help for a Maine non-profit

Waters is a two-way player, allowing him to play games in both the G-League and the NBA. As the Red Claws' parent club, the Boston Celtics can call him up to the next level at any time. That arrangement also applies to his teammate, Tacko Fall.

At 7 feet, 5 inches tall, Fall has attracted a lot of attention from fans simply by showing up. He put his big frame to use against the Blue Coats by tallying 13 points, 11 rebounds, and 3 blocks.

Their next opponent hasn't had an easy start to the season. The Fort Wayne Mad Ants lost both of their previous two games. The Red Claws will try to hand them a third loss when they meet at the Portland Expo on Friday at 7 p.m.